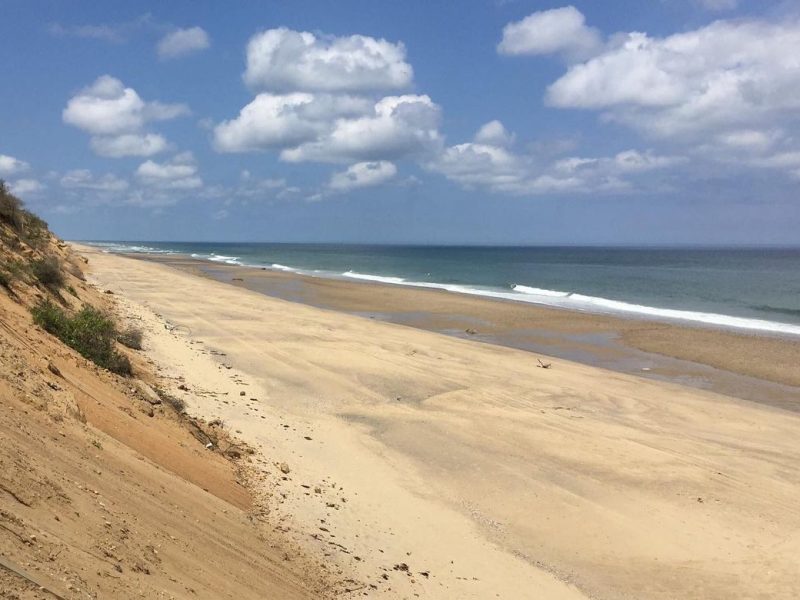 A New Era for Outdoor Recreation and Conservation Funding

Despite a pandemic and tumultuous presidential election, last year brought some good news for boating and fishing enthusiasts as Congress managed to pass one of the most significant pieces of conservation legislation in recent memory. Signed into law by President Trump on August 4, 2020, the Great American Outdoors Act (GAOA) received largely bipartisan support from Congress – a difficult task these days.  The GAOA is especially noteworthy because it boosts funding for outdoor recreation and conservation of public lands and water resources. It is also expected to bring economic benefits through job creation and increased tourism.

The GAOA consists of two primary sections. Through the first section, Congress established the National Parks and Public Land Legacy Restoration Fund (LRF) to address the massive maintenance backlogs affecting public lands such as national parks and forests, wildlife refuges, and campgrounds.  In the second, Congress revamped the revenue model for the Land and Water Conservation Fund (LWCF).

For years, inadequate funding has forced stewards of public lands and facilities to postpone necessary maintenance work. These budget shortfalls have also affected the operating efficiencies of these agencies that manage public lands and waters including the U.S. Forest Service, the U.S. Fish and Wildlife Service, and the Bureau of Land Management.  Unfortunately, the result has been deteriorating infrastructure and whopping maintenance backlogs.

This dynamic has particularly affected the National Park Service (NPS). According to the NPS, as of September 2018 it had deferred maintenance of $11.92 billion dollars — a staggering number that has certainly since increased. On its website, the NPS defines “deferred maintenance” as “repairs or maintenance on roads, buildings, utility systems, and other structures and facilities across the National Park System . . . postponed for more than a year due to budget constraints.” The infrastructure includes campgrounds, docks, trails, dams, railroads, and monuments.

Deferred maintenance affects the condition of trails, access, restrooms, and parking, which can correspondingly influence a visitor’s experience at places like the Cape Cod National Seashore or Yellowstone National Park. Phenomena such as coastal erosion and storms as well as increased numbers of visitors to parks and facilities can compound maintenance issues. The NPS estimates that it had 318 million people visit over 400 national parks in 2018.  And this past year, COVID-19 and social distancing requirements caused renewed interest in outdoor recreation.  As interest and participation grow, so does pressure on resources.

Congress established the GAOA in part to tackle these maintenance funding issues. Authorized for five years, it provides for up to $1.9 billion dollars to the LRF on an annual basis. Revenue from oil, gas, coal, and renewable energy development on federal lands serve as its funding source.  Of particular importance, LRF funds must be used for priority deferred maintenance projects, and at least 65% of the disbursements must be used for non-transportation purposes.  The GAOA allocates the majority of the funding to the NPS, with most of remaining dollars going to projects in the National Wildlife Refuge System, Bureau of Land Management areas, and the National Forest System.

The Land and Water Conservation Fund

Congress passed the LWCF in 1964 in order to enhance outdoor recreation opportunities and protect natural resources and cultural heritage.  To that effect, the LWCF’s enabling legislation authorizes up to $900 million in annual appropriations for conserving lands and waters and providing access and opportunities for outdoor recreation. Revenue from federal offshore oil and gas leases is the primary funding source with disbursements from the LWCF made principally for federal purposes and state assistance.  On the federal side, LWCF dollars go to the U.S. Forest Service, the U.S. National Park Service, the Bureau of Land Management, and the U.S. Fish and Wildlife Service for purposes of acquiring land and water resource areas for national forests, fish and wildlife refuges, and endangered and threatened species.

It is the range of support that makes the LWCF so vital to conservation and opportunities for outdoor recreation such as boating and fishing. Funds from the LWCF have been used to establish and maintain recreational areas and facilities such as marinas, docks, campgrounds, city parks, ball fields, and hiking trails throughout the country.  Federal, state, and local agencies and groups use LWCF grants to protect and conserve areas around national parks, forests, lakes and rivers, and to preserve water quality.  LWCF investments also sustain working forests, habitat of threatened and endangered species, and drinking water supplies across the country. The LWCF Coalition (an association of LWCF stakeholders including businesses, land trusts, sporting groups, and non-profits) has noted that the LWCF has provided over $4.4 billion in funds for state, local, and regional parks in almost every county in the country. And in 2020, DOI made LWCF grants to all 50 states, 5 U.S. territories and the District of Columbia.

According to the LWCF Coalition, Massachusetts alone has received approximately $233 million in LWCF funding since the program’s beginning. This money has been used for projects ranging from the Appalachian Trail to Boston Common. Funds from the LWCF have also assisted a number of projects at the Cape Cod National Seashore and its beaches, trails, scenic overlooks, and facilities. Additionally, LWCF resources have supported popular facilities such as North of Highland Campground in Truro and Fishermen’s State Park and Campground in Narragansett, Rhode Island.

Boaters and anglers benefit from the LWCF’s financial assistance for projects involving public access to beaches, lakes, rivers, and other water resources such as the Allagash Wilderness Waterway in Maine. As anglers know, access is often vital to recreational fishing opportunities. At the same time, LWCF dollars backstop efforts to preserve natural areas that provide buffering to flooding and coastal erosion. It should thus come as no surprise that organizations such as the American Sportfishing Association (ASA) and the National Marine Manufacturers Association (NMMA) have been strong proponents of the LWCF and the GAOA.

Despite the LWCF’s considerable investments in conservation and outdoor recreation, Congress has repeatedly diverted revenue away to unrelated matters and appropriated far less than the authorized annual sum of $900 million. And while Congress permanently reauthorized the LWCF in 2019, the discretionary nature of the disbursements remained.  The GAOA changed this by making funding permanent. Moreover, today delivery of revenue to projects does not require additional appropriation and must be dedicated for conservation and outdoor recreation and other authorized uses.

Outdoor Recreation and the Economy

In addition to the mental and physical benefits it provides to society, outdoor recreation has a substantial impact on the U.S. economy, which should only increase with the GAOA. Previously, the outdoor recreation community had attempted to quantify this effect. The picture really started to come into focus in 2016 when President Obama signed the Outdoor Recreation Jobs and Economic Impact Act into law requiring the U.S. Department of Commerce to analyze the impact of outdoor recreation on the country’s economy.

The Bureau of Economic Analysis (BEA), an agency of the U.S. Department of Commerce, subsequently collected and analyzed economic data related to outdoor recreation. This data included categories such as employment, sales, travel, and tourism. It examined “traditional” outdoor activities like fishing, boating, bicycling, hunting, and skiing in addition to pursuits such as gardening and photography.

Local communities in particular benefit from outdoor recreation’s contribution to the economy. As business owners on Cape Cod know, visitors to boat ramps, national parks, wildlife refuges, and hiking trails support local economies by spending money on lodging, gear, and food. According to the NPS, in 2018 visitors brought a $40.1 billion economic benefit and supported 329,000 jobs in areas near national parks. The NMMA has determined that the recreational boating industry is responsible for $170.3 billion of economic impact each year in the United States. It has also estimated that annual U.S. sales of boats and marine products and services have been around $42 billion.

The importance of outdoor recreation to society has certainly been highlighted by the COVID-19 pandemic. The mental and physical benefits of outdoor activity have resonated with people seeking some form of activity within new social distancing norms. Many individuals have rekindled an interest in the outdoors and sought new forms of recreation opportunities. The boating industry and current consumer demand reflects this growth as the NMMA recently found that domestic retail sales of new powerboats increased by 12 percent compared to 2019, with an increase in first-time buyers.

The GAOA should bring increased facility maintenance and infrastructure work and provide construction and other related jobs. According to the PEW Research Center, dealing with the NPS maintenance backlog alone should originate or help maintain almost 110,000 jobs.  Improving the quality of outdoor recreation facilities and parks will also improve user experiences, increase tourism, and allow facility managers to keep up with increasing pressures and demands.

It is important to note, however, that challenges to the funding of conservation and outdoor recreation remain. Both the LRF and the LWCF depend on revenue from federal leases for oil and gas development making them subject to dynamic market factors. These include oil and gas valuations and production levels. As a result, is there is no guarantee that funding for the both the LRF and LWCF will hit authorized limits. Additional sources of revenue, including expanded fishing and hunting license sales, permit fees, and excise taxes will be necessary in the future. Moreover, complementary legislative programs such as the Sport Fish Restoration Fund must be maintained and enhanced.

Nevertheless, the GAOA’s two-pronged approach of clearing maintenance backlogs at federal areas and facilities and upgrading LWCF funding are important steps in solidifying the future of conservation and outdoor recreation in America. Congress’ largely bipartisan effort offers hope for future legislative initiatives.  The GAOA should ensure that investments in outdoor recreation areas and infrastructure and conservation of natural resources continue to afford people with enriched experiences that also support local economies. For those of us who enjoy quality time on the water, the GAOA is indeed a cause for celebration.