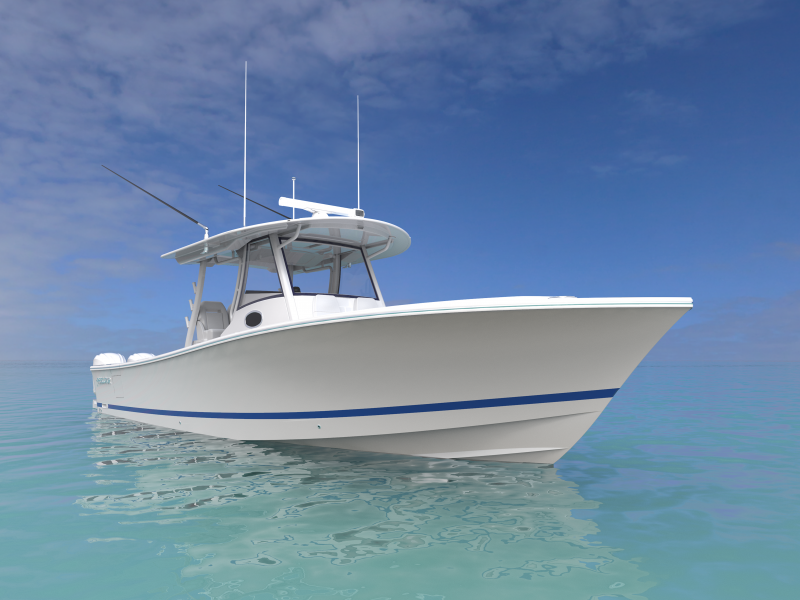 Regulator Marine has announced plans to launch a Regulator 37 as the next boat in its offshore line of center console sportfishers this spring. While many features remain to be seen, it has been confirmed that the new model will be equipped with triple Yamaha XF425 engines and include Seakeeper® 5 as an option. Early renderings indicate that the new Regulator 37 will take after her big sister, the Regulator 41, with triple helm seating, deluxe mezzanine seating and aft rocket launchers along the T-Top frame. Regulator President Joan Maxwell remained mum on the rest of the details, promising to make a splash when the boat launches this March.