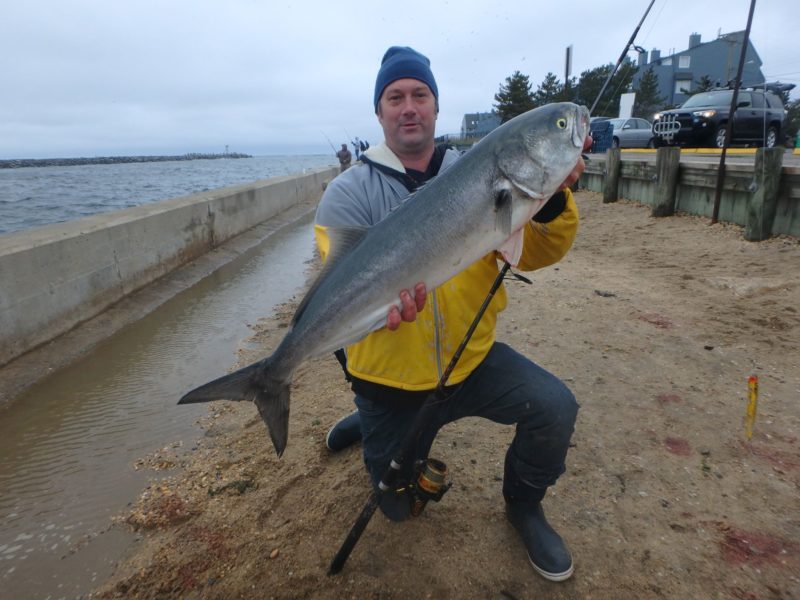 Nick Honachefsky has long been a part of the Northeast fishing scene. In addition to being a fixture on the beaches, headboats, and charter boats around New Jersey, Nick is a regular contributor to On The Water Magazine, among other publications, and was an editor at Saltwater Sportsman Magazine. In 2017, Nick began hosting a series of shorter fishing films for the web, called Saltwater Underground, which showcased some of the fish and fishermen around his home state. Most recently, Nick has expanded Saltwater Underground into a full length show, appearing on the Sportsman Channel. Below, you’ll find the press release for the new series.

Saltwater Underground with Nick Honachefsky explores the world’s saltwater fishing destinations and the subculture scene of salty characters that come along with it. Honachefsky, a veteran fishing industry journalist, takes the viewer into the ultimate insider story of hardcore fishing; spilling tips and tactics while jumping in deep with unique local cuisine, shared secrets and suspect stories of captains and anglers alike. “From surfcasting striped bass in Montauk, NY to jigging tuna off Jersey, we’ll dive into all species and all walks of life,” says Honachefsky. Edgy, raw and real, Saltwater Underground with Nick Honachefsky is the relatable fishing show the Everyman has been searching for.

The episodes began airing January 1, and will continue to air on  Fridays at 10:30 a.m., and Sundays at 4:30 a.m. and p.m. through March 28. You can see Nick’s shorter Saltwater Underground films here.