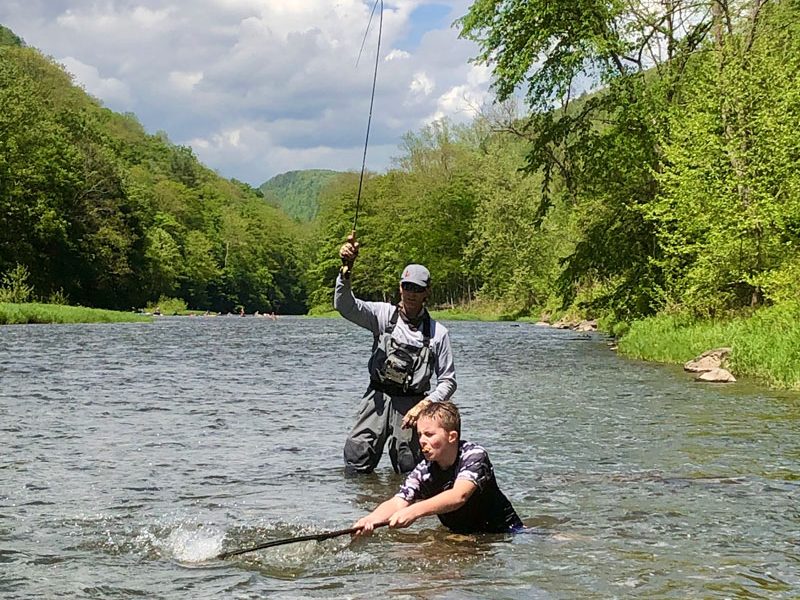 In 1950, Congress passed the Federal Aid in Sport Fish Restoration Act, also known as the Dingell-Johnson Act (Act). The Act established a “user pay-public benefit” system that is the foundation of fisheries conservation in the United States. Modeled after the Pittman-Robertson Act, its wildlife counterpart, the Act provides a dedicated revenue stream for the conservation and management of marine and freshwater fisheries. It also funds a variety of boating access and infrastructure projects and safety and education programs. With key pieces of the Act set to expire, however, Congress is working to extend authorizations and ensure a promising future for boating and fisheries resources.

The Act established a 10 percent excise tax on sport fishing and boating equipment. Over the years, Congress expanded the Act’s range of taxable items to include motorboat and certain small engine fuel, sport fishing tackle and equipment, and electric motors. Think about that the next time you visit your local tackle shop! Congress also eventually added import duties on tackle and pleasure boats. Federal tax collection agencies deposit this revenue into the Sport Fish Restoration and Boating Trust Fund (Fund).

The American Sportfishing Association has estimated that the Fund generates about $650 million each year and has provided billions of dollars since its inception. A large portion of the Fund’s revenue stream from fuel taxes is intertwined with transportation infrastructure legislation including the Highway Trust Fund. In fact, the National Marine Manufacturers Association (NMMA) has determined that motorboat fuel taxes account for 67 percent of Fund revenue while taxes on fishing equipment account for 18 percent.

The Fund supports a variety of initiatives important to anglers and boaters including: coastal wetland programs; boating safety programs; boating infrastructure improvements (including sewerage pump-out facilities and docking facilities); communications and outreach; multi-state conservation grants; interstate fishery commissions; and the Sport Fishing and Partnership Council. And as readers know, these projects and programs lead to more enjoyable experiences on the water.

States also receive disbursements from the Fund. The Sport Fish Restoration Program, authorized and financed pursuant to the Act, supports a variety of fish restoration and management projects, research, fisheries habitat conservation, and projects designed to create or enhance public access. The beauty of the Act’s funding mechanisms lie in the strings that are attached to appropriations. To become eligible for funding, States must pass conservation laws and keep fishing license fees out of general funds and in the hands of fish and wildlife departments. States must provide the United States Fish and Wildlife Service with specific fish restoration and management programs and also comprehensive fish and wildlife plans. States can receive up to 75 percent of the costs for eligible projects and must fund the remaining balance, often through the sale of fishing licenses.

As history has shown, this system works. In fiscal year 2019 alone, over $370 million went from the Fund to the States and various territories. According to the NMMA, since 2010 the Fund has assisted in: protecting of over 63,000 acres of habitat conservation; constructing 26,904 sites to enhance public access to waterways; stocking of nearly 4 billion fish; and educating more than 4 million people about conservation, boating, and fishing. Ramp infrastructure projects in particular have provided better boating and fishing opportunities.

The Fund brings tangible benefits at the local level. In Massachusetts, for example, the Fund supports numerous programs administered by the Division of Marine Fisheries including: angler education; habitat protection; the Massachusetts Saltwater Recreational Fishing Guide; public access; and sportfish angler data collection. Look for the Sport Fish Restoration Program sign the next time you visit a boat ramp to see the Fund at work.

Despite all of its success, several of the Fund’s key appropriations are set to soon expire. As a result, the clock is ticking on boating and fisheries programs and projects that rely on the Fund. But reauthorization of programs and projects won’t solve this problem unless the Fund itself remains solvent. Taxes on motorboat and small engine fuel delivered via the Highway Trust Fund top of the list of revenue sources. And legislative authorizations for delivery of this tax revenue also require extensions.

Given the stakes, Congress is working to extend the Act’s appropriations and maintain the Fund’s ability to support boating and fisheries management and restoration. Both the House and the Senate are also evaluating proposals to reauthorize appropriations from the Highway Trust Fund as part of a new highway infrastructure bill. The House recently approved a massive infrastructure bill that included the previously proposed Sport Fish Restoration and Boating Safety Act of 2019. This measure would extend the Fund as previous transportation acts have done, in this case through 2024. At the same time, the Senate Committee on Commerce, Science, and Transportation recently advanced legislation that would extend the Fund through 2025.

The federal appropriations process, however, is often subject to rough seas. Under ordinary circumstances, debate around transportation infrastructure financing, to which the fuel taxes are linked, is arduous. The COVID-19 crisis has certainly added to the complexity of the process and forced Congress to prioritize responses to the pandemic. As a result, consensus remains elusive.

There is a renewed sense of optimism, however, given the success of the Great American Outdoors Act (GAOA). The GAOA, recently passed by Congress and signed into law by President Trump, enjoyed widespread bipartisan support and garnered a coalition of diverse interests throughout conservation groups and the outdoor recreation community. The GAOA will permanently fund the Land and Water Conservation Fund through royalties from energy development. In doing so, it will help maintain infrastructure in our national parks and forests and improve access to recreational areas, trails, and waterways throughout the country. The GAOA demonstrates that a bipartisan solution to maintain and expand boating and fisheries programs and projects is still possible. And that is good news because as the past months have shown, fishing and boating remain an important part of the lives of millions of Americans, perhaps now more than ever.