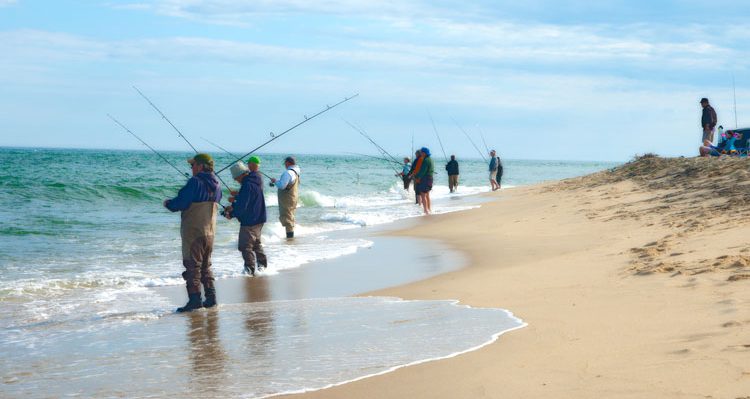 “We owe great thanks to Chairman Rob Bishop, Congressman Don Young and Congressman Garret Graves for working together to bring meaningful change to recreational fisheries management through the reauthorization of the nation’s marine fisheries law,” said Jeff Angers, president of the Center for Sportfishing Policy. “This is a major step forward in implementing the vision set forth by the Morris-Deal Report for the future of saltwater recreational fishing. The importance of this legislation to the recreational fishing and boating community was made clear by tens of thousands of advocates who have made their voices heard by contacting their elected officials in recent months.”

Through years of hard work, the priorities of the recreational fishing and boating community were identified and presented to federalpolicy makers by the Commission on Saltwater Recreational Fisheries Management. This group is also referred to as the Morris-Deal Commission, named for co-chairs Johnny Morris, founder and CEO of Bass Pro Shops, and Scott Deal, president of Maverick Boat Group. In 2014, the Morris-Deal Commission released “A Vision for Managing America’s Saltwater Recreational Fisheries,” which included six key policy changes to produce the full range of saltwater recreational fishing’s social, economic and conservation benefits to the nation.

Many of the recommendations of the Morris-Deal Commission are addressed by the Modern Fish Act and now included in H.R. 200. This legislation addresses many of the challenges faced by recreational anglers, including allowing alternative management tools for recreational fishing, reexamining fisheries allocations and improving recreational data collection. The bill aims to benefit fishing access and conservation by incorporating modern management approaches, scienceand technology to guide decision-making.

On December 8, the coalition requested in a letter to the U.S. House Committee on Natural Resources that the Modern Fish Act be included in the reauthorization of the Magnuson-Stevens Act and moved to the House floor for final passage.

Furthermore, 135 marine recreational fishing and boating industry executives signed a letter to the U.S. House Committee on Natural Resources on December 11, in support of the Modern Fish Act and its inclusion in the final reauthorization of the Magnuson-Stevens Act. The saltwater fishing economy spans the entire United States not just the U.S. coastline, as demonstrated by the list of signatories.

“America’s 11 million saltwater anglers have a $63 billion economic impact annually and generate 440,000 jobs,” said Mike Nussman, presidentand CEO of the American Sportfishing Association. “However, recreational fishing has been treated as an afterthought in the federal fisheries management system for decades. If enacted, H.R. 200 would finally give saltwater recreational fishing the attention it deserves in the Magnuson-Stevens Act.”

“The need to revise the one-size-fits-all approach of the Magnuson-Stevens Act has been abundantly clear in recent years as anglers face unreasonably limited access to public marine resources,” said Thom Dammrich, president of the National Marine Manufacturers Association. “Stakeholders of the recreational boating industry, a uniquely American-made industry with an economic footprint of more than $121 billion annually and more than 650,000 American jobs, are encouraged by the Committee’s action today, and we hope to see final passage by the House very soon.”

“We commend the U.S. House Committee on Natural Resources for taking the next step in reauthorizing the Magnuson-Stevens Act,” said Patrick Murray, president of Coastal Conservation Association. “The need to update our nation’s fisheries management system to ensure the conservation of our public marine resources and reasonable public access to those resources is abundantly clear. We look forward to the full House consideration of the bill.”

“The provisions of the Modern Fish Act included in H.R. 200 would provide parity for federally-managed recreational fisheries while continuing to safeguard the conservation of our fisheries resources,” said Jeff Crane, president of the Congressional Sportsmen’s Foundation. “In addition to Chairman Bishop, Congressman Young and Congressman Graves, a big thanks to the bipartisan House leadership of the Congressional Sportsmen’s Caucus for their co-sponsorship of these important measures on behalf of America’s anglers.”

Following today’s vote, the coalition encourages House leadership to quickly bring H.R. 200 to the floor for final passage. Marine recreational anglers and boaters are eager to see this landmark legislation move through the House and Senate and signed into law.