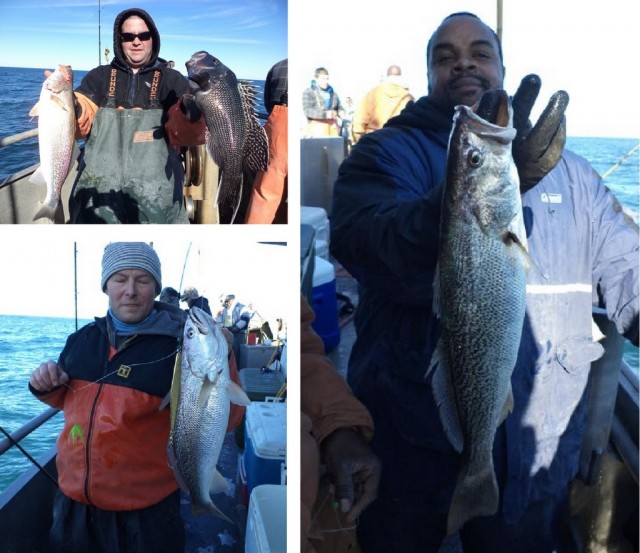 I learned something new about weakfish this winter—some of them weather the cold on the offshore wrecks alongside sea bass and pollock.

Over the winter, there were regular reports of party boat anglers pulling weakfish off wrecks in 150 feet of water or more. A February 10 report from the Big Jamaica out of Brielle, NJ said:

Many double header Sea Bass (even a few triple headers) and some Jumbo porgies were coming in steady. There were also about 8 or 10 weakfish and a few blues caught.

And they aren’t the smaller “spike” weakfish that school up along the beaches in the late summer. Many of the offshore wreck weakfish are in the 6- to 8-pound range.

Apparently, weakfish are a fairly common bycatch in the offshore waters of North Carolina, where much larger numbers of the fish migrate in the winter. While striped bass exhibit a north-to-south migration pattern, weakfish apparently migrate east as the waters cool.

Between the improved weakfish catches of last spring and summer and the surprising catches on the offshore wrecks this winter, there may be reason to hope that the numbers of this hard-fighting and strikingly beautiful gamefish are on the rise.