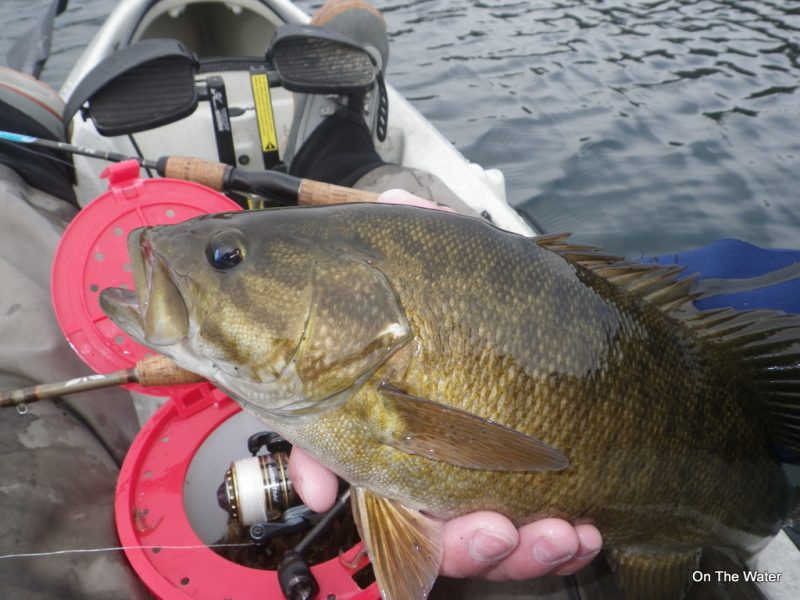 Years ago, while fishing on my friend’s dock on Mystic Island in New Jersey, we were having trouble catching minnows for bait. Using a small mesh net, we’d scoop along the bulkhead and through the eel grass, and though we mostly came up empty on killies, we caught a ton of grass shrimp. So with no other options, we baited up with the small shrimp and were introduced to the wonders of this little crustacean.

Little did we know that saavy anglers had been using shrimp for years, chumming with them in bays with the main goal of attracting weakfish. While grass shrimp do tempt weakfish by the dozens, they also work for just about any species you can find in saltwater. Don’t let the grass shrimp’s small size fool you. Using grass shrimp, I’ve caught keep-sized stripers, bluefish, 20-plus-inch fluke, spot, kingfish, black sea bass, porgies, blackfish, eels, bergalls, windowpane, croakers and pufferfish. And I’ve known anglers to catch smelt, winter flounder and even false albacore on grass shrimp.

And they work just as well in freshwater for rainbow, brown and brook trout, yellow and white perch, bluegills, crappie, catfish, bass (especially smallmouth bass) and pickerel. Though I’ve never heard of anyone trying it, I have no reason to doubt that carp would eat grass shrimp.

Perhaps the best fun of fishing grass shrimp is never knowing what’s going to take the bait next. A couple weeks ago, I was catching good-sized rainbow trout at a fairly steady clip by fishing a single grass shrimp hooked on a shad dart. On one cast, the rod doubled over and the drag started singing. After a spirited battle against my ultra-light tackle, a healthy smallmouth bass came into view.

I can think of no other bait, not even the ubiquitous garden worm, that can catch so many species. If you’re looking for a new secret bait this coming season, give grass shrimp a shot.