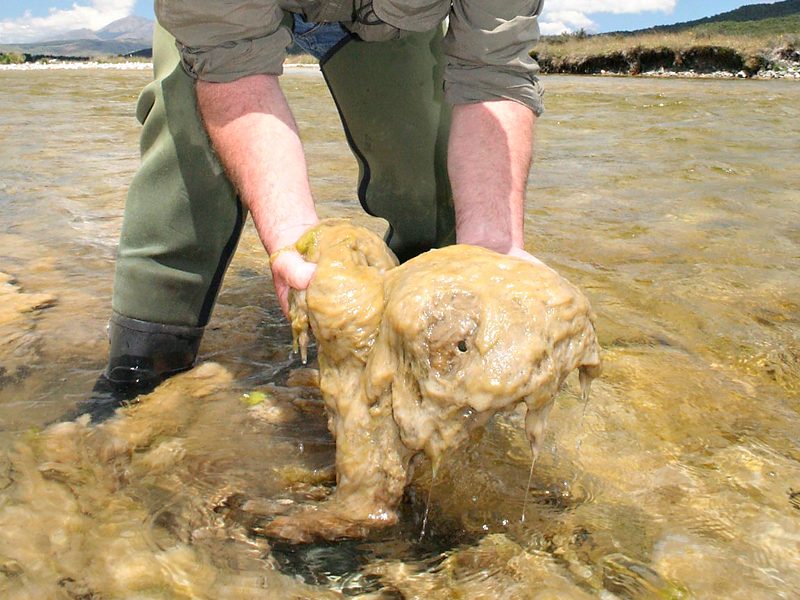 News Update: The RI DEM has revised state regulations so that felt-soled foot gear is prohibited only in state freshwaters.

As reported in the March 2012 issue of On The Water magazine, Rhode Island’s anglers – and especially the saltwater shore fishermen – were taken by surprise when the RI DEM published a new regulation in their 2012 Freshwater Fishing Regulations banning felt-soled footwear in all Rhode Island state waters, including fresh, tidal and salt waters. However, just several days after the March issue was printed, the DEM has issued a press release announcing a technical revision modifying the regulation so that it applies only to freshwaters of the state.

The reason for the original ban, as stated in a DEM newsletter, is that felt soles are known to house and transport the invasive freshwater alga species called didymo, or more commonly, “rock snot.” Didymo can form large mats on the bottom of lakes, rivers and streams that disrupt native ecology and lead to declines in the quality of trout fishing. Although didymo has not been found in Rhode Island waters, it has been discovered in Connecticut, New Hampshire and Vermont. Similar bans have passed in Alaska, Maryland and Vermont, and other states, including Maine, are considering bans.

The Rhode Island regulation was adopted after three years of discussion at Division of Fish and Wildlife regulatory workshops, where the ban received strong support from RI chapters of Trout Unlimited. However, many saltwater anglers were surprised and upset by the seemingly unnecessary regulation. Felt-soled waders are a common choice of Rhode Island surfcasters, who depend on them for safe traction on the slick, wet rocks of the Rhode Island coast.

Because the regulation was intended to stop the spread of a freshwater diatom, it appeared that the only reason for extending the ban to marine waters was to make the ban simpler to enforce. In a letter sent to On The Water on February 3, Cathy Sparks, Chief of DEM’s Division of Fish and Wildlife, defended the ban as a strong measure of prevention of the spread of threats, both known and unknown. However, she acknowledged “…serious regrets that the Division of Fish and Wildlife did not do more to engage a larger audience both before and after filing of, what are now, the adopted regulations. The impact to saltwater anglers who enjoy surf-casting from the state’s rocky coastline is not insubstantial and that stakeholder group should have been sought out for engagement and comment by the division.”

On February 21, in response to feedback from individual anglers and angling groups, particularly the Rhode Island Saltwater Anglers Association, the DEM’s Division of Fish and Wildlife issued a press release announcing the regulation modification while reaffirming their plan to continue to raise public awareness about invasive species and encourage everyone that recreates in or otherwise utilizes the State’s waters to adopt best management practices to prevent the inadvertent spread of aquatic invasive species.

“DEM supports regulations that add a strong measure of prevention to the establishment and spread of exotic invasive species,” noted DEM Director Janet Coit. “The Department will continue to work in partnership with Rhode Island saltwater anglers and other constituency groups to address the problems caused by invasive species and develop measures to protect our state’s waters and the native plant and animal communities which inhabit them.”

DEM will conduct public workshops next month on the proposed 2013-2014 Freshwater Fishing Regulations and 2012-2013 Hunting Regulations prior to the public hearing, which will take place in June. At the workshops, DEM anticipates that there will be further discussion on the possible need and implications for expanding the felt-soled wader ban to marine waters. DEM will also bring this issue before the RI Marine Fisheries Council this spring, affording an additional opportunity for public comment, and review by the Council.

The workshops on the proposed fishing and hunting regulations will be held on March 27 from 7 p.m. to 9 p.m. at the Tiverton Rod and Gun Club, and on March 29 from 7 p.m. to 9 p.m. at DEM headquarters, 235 Promenade Street, Providence. The workshops will cover all proposed freshwater fishing and hunting regulations, and will not be limited to the felt-sole gear issue. Notice of the workshops and hearing will be posted on DEM’s website, announced via a news release, and also announced via the DEM Marine Fisheries listserv.