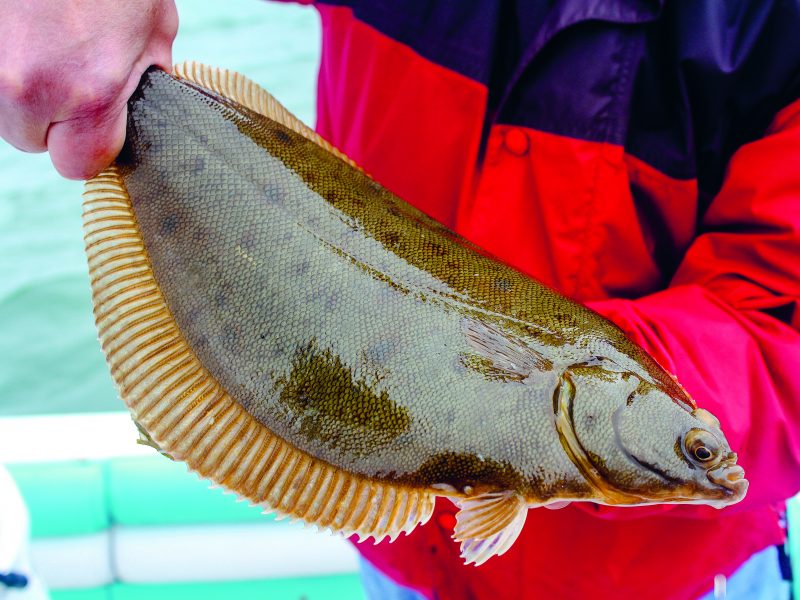 Few species better embody the wistful notion of the “good old days” than winter flounder. Through the 1980s, inshore anglers from Maine through New Jersey enjoyed these tasty fish by the bucketful each spring. These days, however, flatties are hard to come by even in their most historically fabled haunts, although the dedicated angler armed with ample patience and chum can still, at times, put a respectable catch together.

Winter flounder are managed as three stocks—the Gulf of Maine, Georges Bank, and Southern New England-Mid-Atlantic (SNEMA)—and the latter two are overfished, while stock status for the Gulf of Maine is highly uncertain but biomass is known to be low. A puzzle has been the failure of winter flounder numbers to rebound even as managers have ratcheted down both commercial and recreational catch limits.

The absence of flounder recovery has led scientists to revisit what we know about the species’ biology and movements. Fisheries biologists have long assumed that all winter flounder spawn in coastal bays and estuaries during the winter and early spring months. They then migrate offshore later in the spring, which is the transitional period when anglers traditionally target them. However, a combination of angler reports and tagging data have consistently shown fish in the “wrong” location—for example, spawning-condition blackbacks in offshore waters during the winter. This could mean the winter flounder population structure is more complicated than we thought, impeding managers’ rebuilding efforts.

Otolith Definition: each of three small oval calcareous bodies in the inner ear of vertebrates, involved in sensing gravity and movement.

To investigate a winter flounder’s long-term behavior requires actually getting inside its head: examining chemical tracer ratios deposited on otoliths, or ear bones. “Because different environments—marine, brackish, fresh—have different chemical compositions, an otolith can provide a full record of the habitats a fish has inhabited throughout its lifetime,” explains Dr. Matt Siskey, a postdoctoral fellow at the University of Washington and NOAA Fisher[1]ies, who studied winter flounder as part of his Ph.D. research at Stony Brook University.

In this case, Siskey and his colleagues were curious to learn whether all flounder spawn inshore and undertake seasonal migrations, as is currently assumed. They collected otoliths from winter flounder of different sizes caught in both inshore (bay) and offshore (ocean) environments in the SNE-MA stock area, using young-of-year fish from each environment to establish baseline chemical ratios for otolith analysis. They also collected individuals from the ocean habitats of the Gulf of Maine and Georges Bank. “We were able to identify chemical proxies for both dissolved oxygen and salinity, which we could use to distinguish whether winter flounder were predominantly spending their time in inshore or offshore habitats, or both,” says Siskey.

The team found that, as opposed to all fish being spawned inshore and inhabiting coastal nurseries as juveniles, a substantial proportion of baby flounder spent the first part of their lives offshore: 23%, 40%, and 84% for the SNE, Georges Bank, and Gulf of Maine stocks, respectively. In addition, despite the current assumption that all winter flounder undertake seasonal migrations, otoliths revealed that across all stocks, only about half of the fish sampled made such movements, with the other half staying put in either coastal or offshore environments year-round. This phenomenon, known as “partial migration,’ occurs in many fish species and is thought to be a form of “bet[1]hedging” to maximize a population’s overall resilience.

“Overall, we found winter flounder across our sample to be more or less evenly split across four life-history strategies: bay residents, bay migrants, ocean residents, and ocean migrants,” Siskey explains. “In addition, we found that growth rates differed between fish that inhabited bay versus ocean nurseries, as well as between those with resident versus migratory life-history strategies.”

While the sample size for this study was relatively small, the work of Siskey and his colleagues leaves little doubt that the current thinking about winter flounder biology needs to be revisited. “Only about 25% of the fish sampled demonstrated the assumed bay nursery/migrant life-history strategy,” Siskey says. “We need to make sure that our management approach distributes fishing effort across the four different life histories so that we don’t risk losing any of these groups permanently,” he adds, pointing out, for example, that because migrants grow faster than residents in early life, they may be disproportionately harvested at a given minimum size limit.

A logical next step may be to apply these new findings to a stock assessment simulation to see how the species’ outlook changes when multiple life-history strategies are incorporated. In addition, more sampling from each of the three stocks will help refine estimates of each strategy’s relative representation and whether environmental stressors like climate change may affect the proportions through time.

Overall, this research shows that, despite our best efforts to neatly package fisheries in a way that’s convenient for us to study and manage, reality is often far messier. “We have to listen to what the animals are telling us and manage accordingly because fish don’t necessarily stay in the boxes we try to place them in,” says Siskey.

Article: Determining Where Bluefin Come From