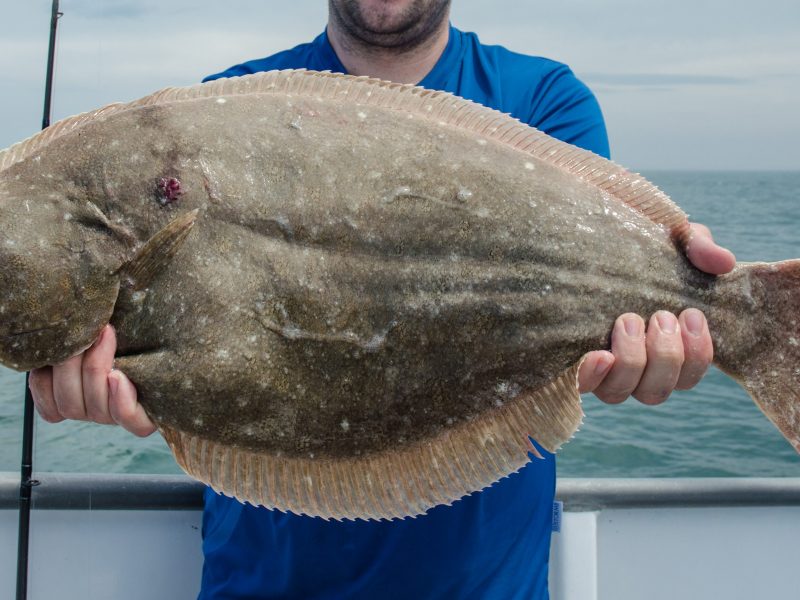 Despite a motion by the Atlantic States Marine Fisheries Commission’s Summer Flounder Management Board on Monday to not accept New Jersey’s new rules, the state’s summer flounder season will remain as scheduled. Any possible federal non-compliance decisions would first need to be voted on by ASFMC’s Policy Board and the full Commission before a finding of non-compliance is sent to NOAA Marine Fisheries for consideration.

“We are going forward with the regulations because we strongly believe that we have passed regulations that meet the conservation equivalency of the Commission’s proposed quota limits,” Commissioner Martin said. “We have a good relationship with NOAA fisheries and will continue to work with them on any issues relating to the summer flounder stock and recreational harvest limit.”

“We remain disappointed that the Commission’s Summer Flounder Management Board advocates for a quota limit that kills more fish through dead discards than the actual harvesting of fluke. We look forward to working with NOAA Fisheries to bring logic and reason to the implementation of sound fishery management in New Jersey, which will help protect the stock without devastating a multi-billion dollar industry here in the state.”

This season, recreational anglers in state waters will get to keep up to three summer flounder per day that meet the 18-inch minimum-length requirement. The season will run from Thursday, May 25, through September 5, and will include the important Memorial Day and Labor Day holiday weekends.

The minimum size limit this season will remain 17 inches for Delaware Bay. Each angler may keep three legally sized fish caught from the bay each day. The Shore-Based Enhanced Fishing Opportunity Program at Island Beach State Park in Ocean County will continue with a 16-inch size limit and two-fish per day, per person possession limit. This program was set up to assist the Division of Fish and Wildlife in its summer flounder research efforts.

Summer flounder, also known as fluke, is one of the state’s most popular sport fish, attracting many thousands of anglers each summer season because of the abundance of these delicately flavored fish close to beaches and in bays and creeks. A robust recreational fishing season is vital to both the recreational fishing industry and the state’s summer tourism economy.

Recreational and commercial fishing directly create some 65,000 jobs and contribute $2.5 billion to the state’s economy. Bait-and-tackle shops, party- and charter-boat operations, restaurants, hotels, gift shops and a wide range of other businesses would be harmed should recreational anglers decide not to go fishing because their prospects for taking home keepers are not good.

In February, the ASMFC voted on a quota reduction that would have forced New Jersey to increase the size limit for summer flounder to 19 inches, along with reductions in the daily possession limit, also known as a bag limit. This prompted New Jersey to file an appeal with the ASMFC, a regional commission set up by an interstate compact that manages fishing resources in state waters from Maine to Florida.

Due to their biological needs and migration patterns, summer flounder in New Jersey tend to be smaller than in waters to the north of the state. Biologists with the DEP’s Division of Fish and Wildlife have provided NOAA with detailed information demonstrating that an 18-inch size limit would result in far fewer discard mortalities than the 19-inch limit. A certain percentage of fish that are thrown back because they do not meet size limits will die from hook wounds and stress, which is known as discard mortality.

New Jersey Division of Fish and Wildlife biologists have also provided data demonstrating that the 19-inch size limit would have resulted in excessive harvesting of breeding females that are key to keeping the population healthy. In New Jersey, breeding females account for some 90 percent of the fish that are 19 inches and longer.

“Our conservation equivalency will be met through both the reduction in harvest through a season that will be reduced from 128 days to 104 days and lower bag limits from last year to this year,” Commissioner Martin added. “In addition, New Jersey will also see a significant reduction in the mortality rate of fish that are caught and discarded.”

Anglers who are fishing in federal waters must also adhere to New Jersey regulations when landing fluke in state.

A recent online survey by the DEP’s Division of Fish and Wildlife, in conjunction with Montclair State University, confirmed that the proposed ASMFC quota reduction would have had severe economic impacts on the state. Nearly 80 percent of the 26,000 people who responded to the survey said the ASMFC restrictions would have significantly curtailed the number of trips they would take to the Jersey shore, and the amount of money they would spend related to fishing and travel.

An economic impact analysis conducted by Montclair State University, incorporating results of the survey, estimated that this would have resulted in potential economic losses of close to $800 million for the state this summer. Additionally, more than 3,580 jobs might have been lost in the shore area if the full restrictions had gone into effect. Full results of the study will be posted publicly after it is peer-reviewed and finalized.

For detailed information on summer flounder regulations in effect this season, visit: www.njfishandwildlife.com/fluke.htm