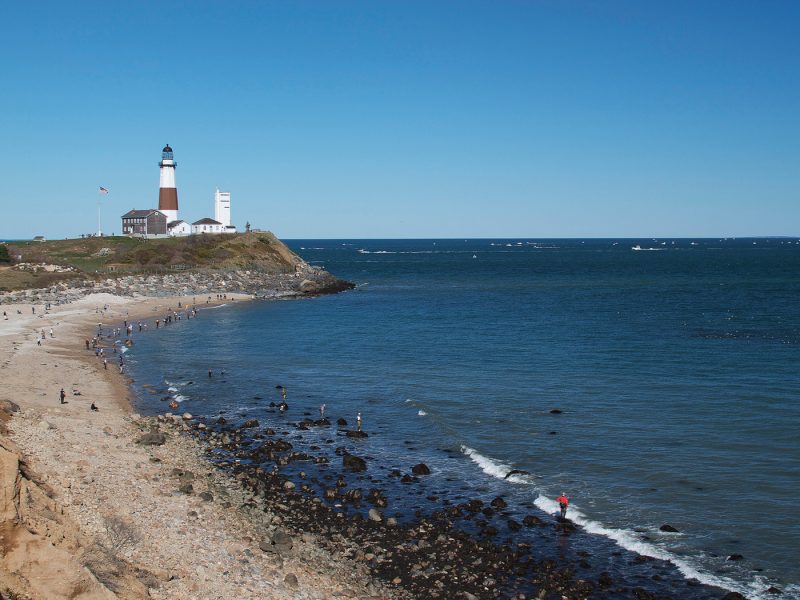 Photo above by Tom Lynch

Every year, fishermen make their way to the “Surfcasting Capital of the World” —Montauk, New York— also known as “The End”. Over the last decade or so, it has become an annual trip for me, along with some close friends and fellow members of the Berkeley Striper Club in New Jersey.

I wish I had fished the rocks under the lighthouse there when I was younger, but at least I discovered it when I did. Montauk is a destination that every surfcaster should experience at least once in his lifetime, and despite my being skunked and not getting a single bite my first time there, I never wanted to leave. Here’s why:

Arriving in the middle of the night during a screaming nor’easter with my buddy, Bruce, we found ourselves with no direction as to where to fish, so we ended up casting off the rocks under the lighthouse. Just about every rock capable of fishing from was occupied and a picket line of fishermen surrounded the base of the lighthouse. It was a full house even before first light! The locals knew this was where the action was and fished there before conditions got rough later in the day. 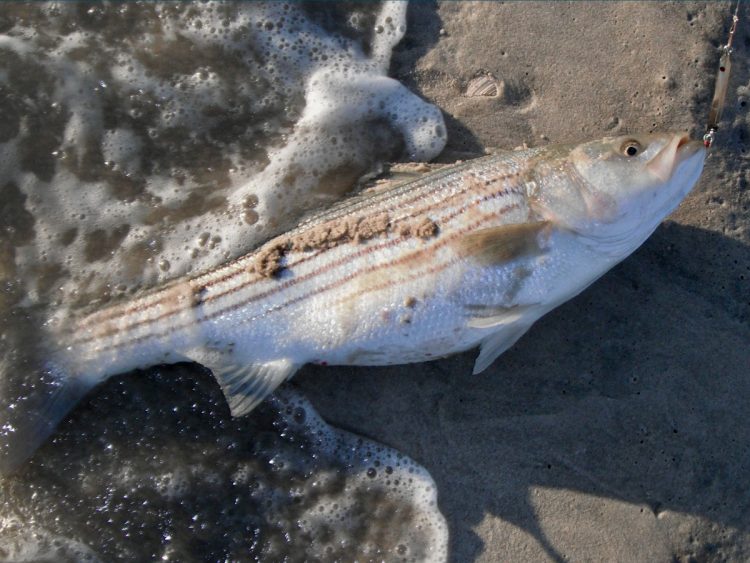 Some really nice striped bass were caught that morning, but when our lines came up empty, we ended up being spectators to the fishermen doing the catching. We came away with some newfound knowledge and vowed to come back and catch the next time.

We read all the maps and picked as many brains as we could those first few years, eventually venturing deep into the north and south sides, finally finding some success. We even stumbled into a couple of the famed Montauk Blitzes in the daylight that were prominent back in the day during the fall run. The blitz fishing doesn’t happen as much these days, for one reason or another, but that doesn’t mean it can’t still happen when conditions are right. There is so much to offer surf fishermen, and if you don’t mind walking miles of tough terrain, you can still find plenty of action. Three necessities are to travel light, wear jetty cleats, and stay hydrated.

I don’t go crazy anymore when it comes to carrying a tackle shop’s worth of plugs. Instead, I pack some bucktails and swimming plugs for the nights, and some poppers and metals for the daylight. I also have some small metals for false albacore in case they pop up within range.

Montauk is a popular place for fishermen in wetsuits to sling eels and bucktails with waterproof sealed reels, but you can still catch in waders. It can seem very overwhelming watching everyone and everything going on there during the fall, but take it all in, watching and listening to what is going on while staying patient and positive. It will come to you.

The wind and tides are everything in Montauk. As a general rule, the north side of Montauk fishes better on the outgoing tide and the south side fishes better on the incoming tide. Don’t leave town if a northeast wind is brewing—bad weather almost always creates great fishing in Montauk. However, that is not to say other conditions don’t make for good fishing. On one trip, we enjoyed an epic, four-night bite under a full moon with the wind at our backs.

Don’t rule out fishing the sand and town beaches, either. In the past few years, the presence of sand eels there made for a better bite than at the Point.

One thing’s for sure, there is just something special about Montauk that gets into your blood. Though many changes are happening, make sure to visit the Surfcasting Capital of the World and experience the madness.