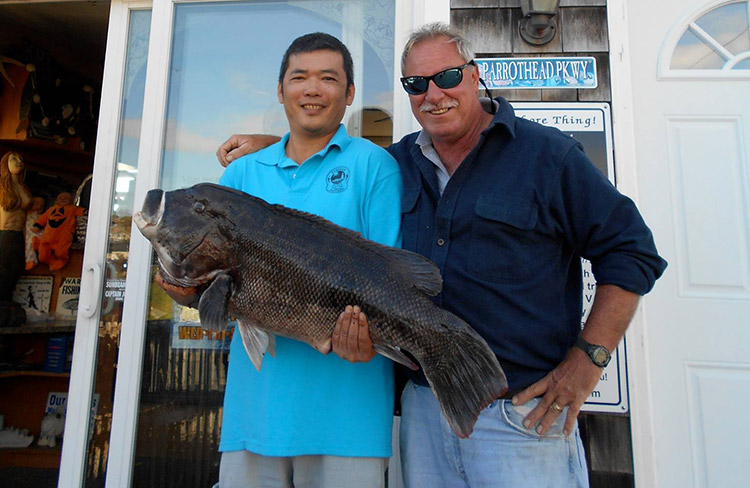 Around noon on October 14, while out on the first blackfish of trip of the season aboard the Sunbeam 5 piloted by Captain Bob Wadsworth of the Sunbeam Fleet out of Waterford CT, angler Thien (Tim) Nguyen hooked into a monster.

Dropping a crab to the rocky bottom near Two Tree Island in Niantic Bay in eastern Long Island Sound, Nguyen hooked into a fish that ran him into the rocks.

After putting his reel into freespool, the big fish swam out from the snag, and he was eventually able to work it away from the treacherous bottom.

Captain Bob said that he is used to hearing excited fishermen on his boat, but when he heard the commotion, he knew that one of his customers had hooked into something special.

He said he expected to see a jack, or some other strange catch rarely found in the local waters. But when he came around to Tim’s side of the boat, he was stunned by the sight of the monstrous tautog on deck.

Tim’s 34-inch tautog was weighed in Hillyer’s Tackle, where it tipped the scales at a whopping 26.6 pounds. It was later certified at J&B Tackle. 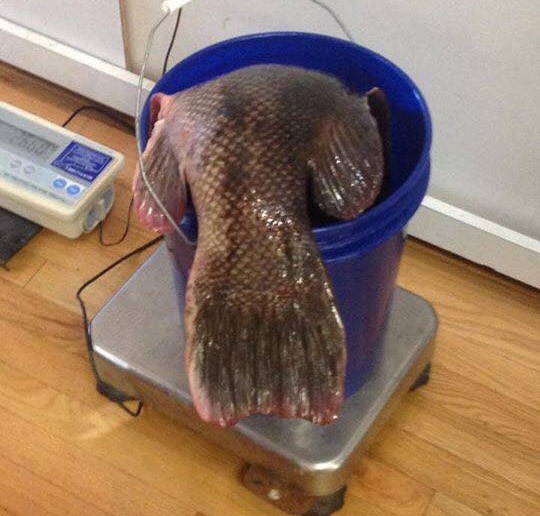 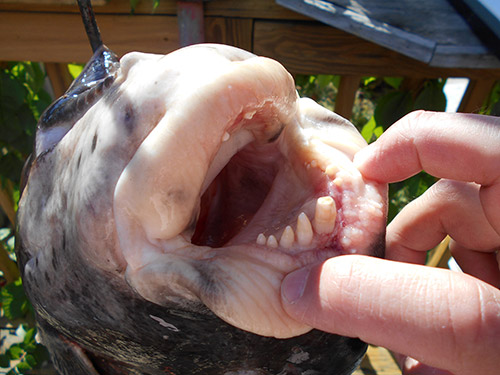 His catch beats the standing Connecticut state record of 23 pounds 9 ounces, caught by Kendall Owens in 2011. It falls short, however, of the 28-pound, 8-ounce world record, which was caught in Maryland on  January 2, 2015 by Kenneth Westerfeld of Bayside, New York.