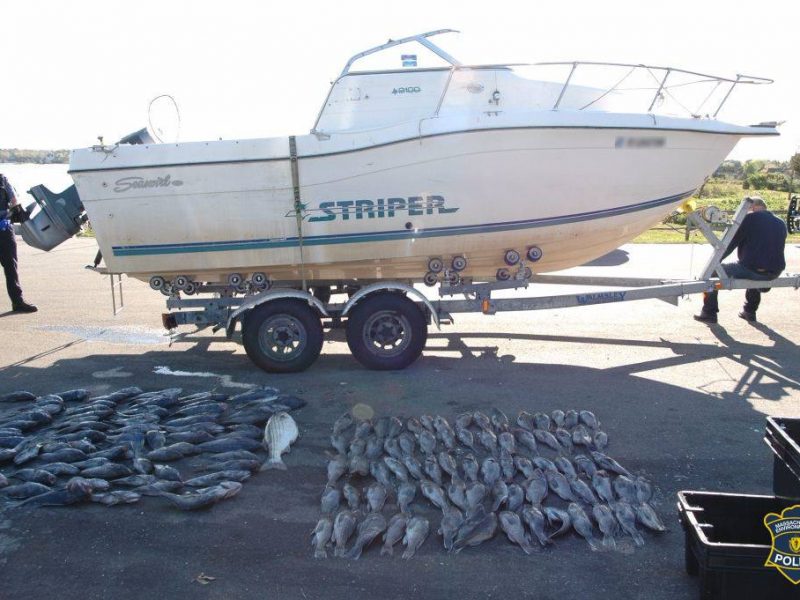 On Wednesday, May 18, 2016, a Massachusetts Environmental Police Lieutenant received a call from the Mattapoisett Harbormaster regarding an individual at their boat ramp in possession of black sea bass. Currently both the recreational and the commercial season for black sea bass are closed. Upon arrival at the boat ramp, officers spoke with the individual and inspected his catch.

An inspection of the vessel yielded several totes and coolers, as well as an interior deck compartment, containing black sea bass.

It is unlawful to possess black sea bass in a closed season; when the season is open there is a recreational limit of 5 black sea bass per person, with a minimum size of 15-inches. After inspecting the vessel, it was determined that there were a total of 153 black sea bass, of which 75 were under the legal limit. 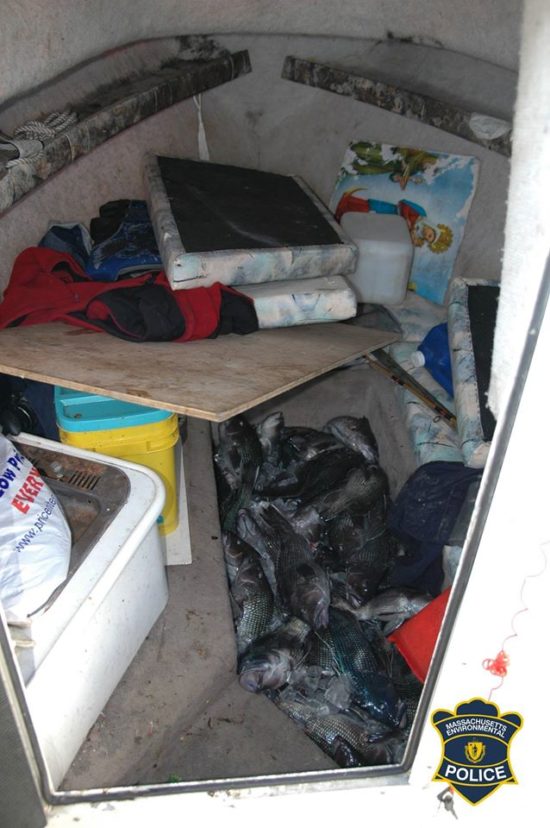