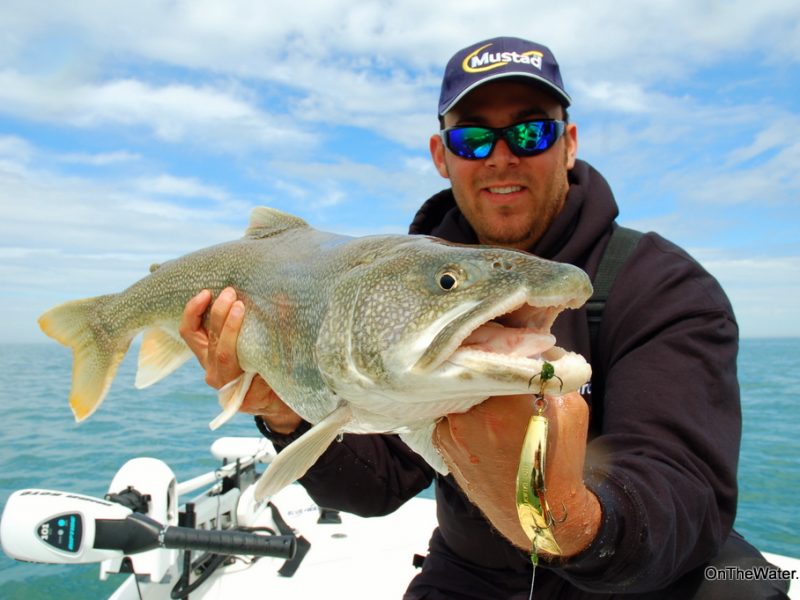 I always figured you had to go deep into Canada to have a shot at catching 20-pound lake trout, but as it turns out, you just have to head to the border.

I spent a few days last week in Lewiston, New York, which sits right on the Lower Niagara River. It is so close to Canada that I’m currently sorting out the international roaming fees that appeared on my cell phone bill. Last year when I was in Lewiston, the exceptionally warm spring had brought an early end to the lake trout bite, and I didn’t get a chance to target them. This year, in the days leading up to the trip, there were reports of big numbers of lakers ranging from 10 to 28 pounds.

There are some very good lake trout fisheries close to the coast, namely Round Valley Reservoir in New Jersey and Wachusett and Quabbin reservoirs in Massachusetts, but the baitfish factory that is the Lower Niagara River and Bar is on a whole ‘nother level.

I fished two days on the Niagara Bar, trolling Yakima Fatfish and Kwikfish on a three-way rig, sent to the bottom with a 1-ounce pencil weight. I’ll let the pictures do the talking. 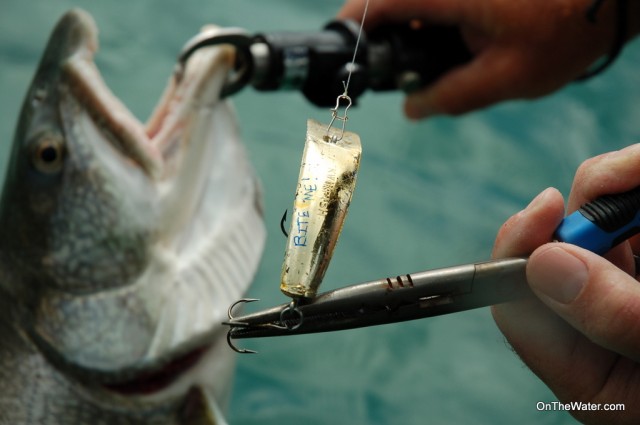 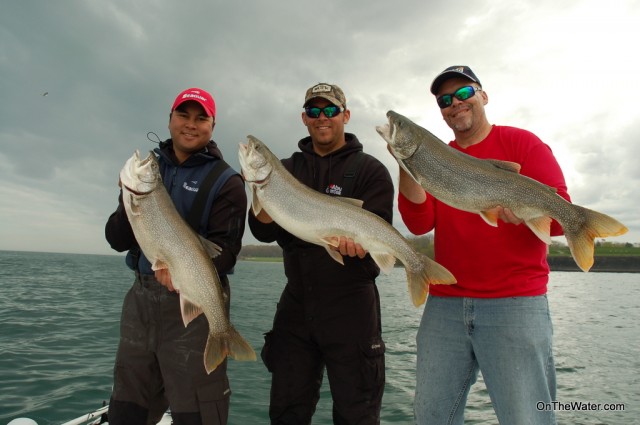 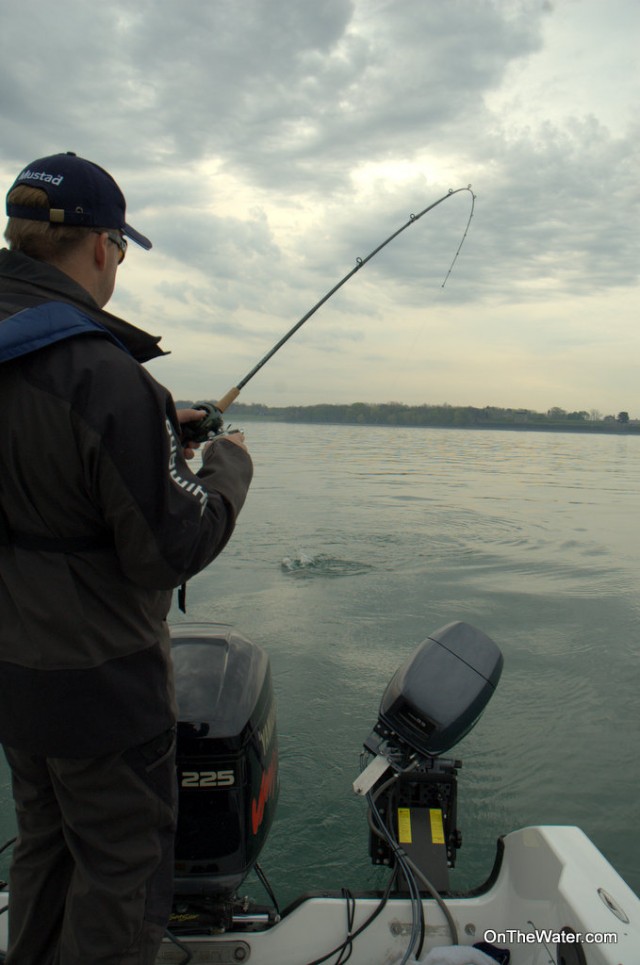 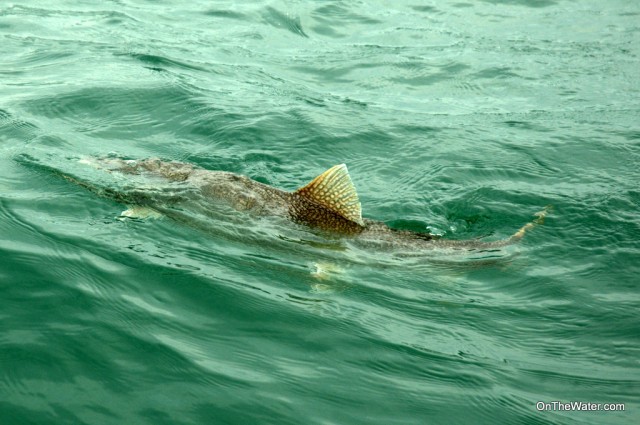 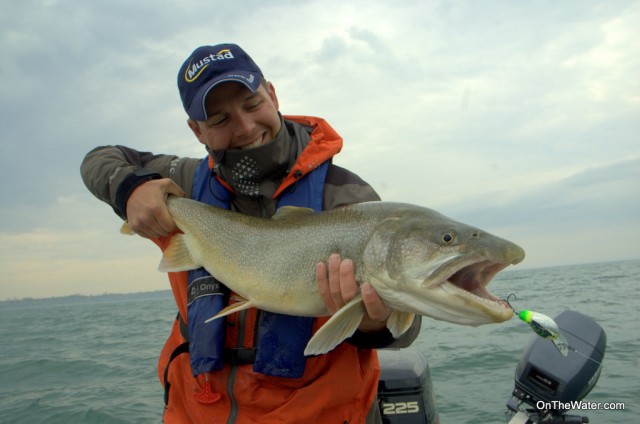 Thanks to Mark Davis from Big Water Adventures and Jeff Pierce from Mustad Hooks for putting me on the lakers. And special thanks to Captain Frank Campbell of Niagara Region Charters for putting the whole trip together.

Also, if you end up in Lewiston, NY in May, you’ll want to slate at least one day for fishing Lake Erie, where you’ll find some of the best smallmouth bass fishing on the planet. I fished one day on Erie with Captain Jeff Draper of Draper Sportfishing, and the big smallies did not disappoint. For more info on that fishery, check out the May Issue of On The Water, on sale now.