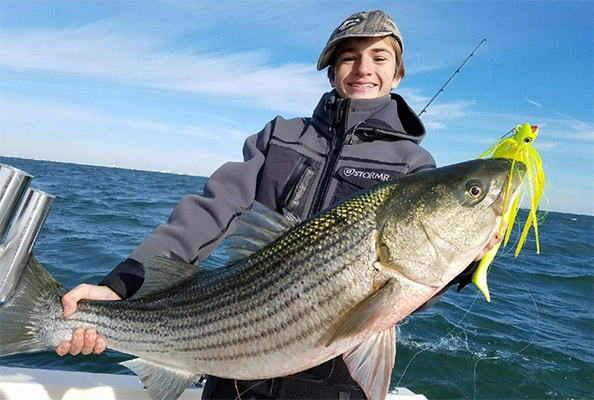 Most surfcasters know that no bucktail jig is complete without a trailer. For most fishermen, trailers consisted of a soft-plastic, a strip of pork rind, or a strip of cut fish. For the surfcasters tying bucktails for their own private stashes, their trailers also included a brace of hackle feathers tied right into the jig. The feathers extended beyond the bucktail hair, and had a more fluid movement through the water without affecting the sink rate or the casting distance, as other trailers did. It wasn’t until MagicTail jigs began hitting shelves in 2014 that bucktails with a hackle trailer became widely available.

“MagicTail put hackle bucktails on the map,” said founder, Dante Soriente of West Caldwell, New Jersey. “No commercial builder was using them until we started.” 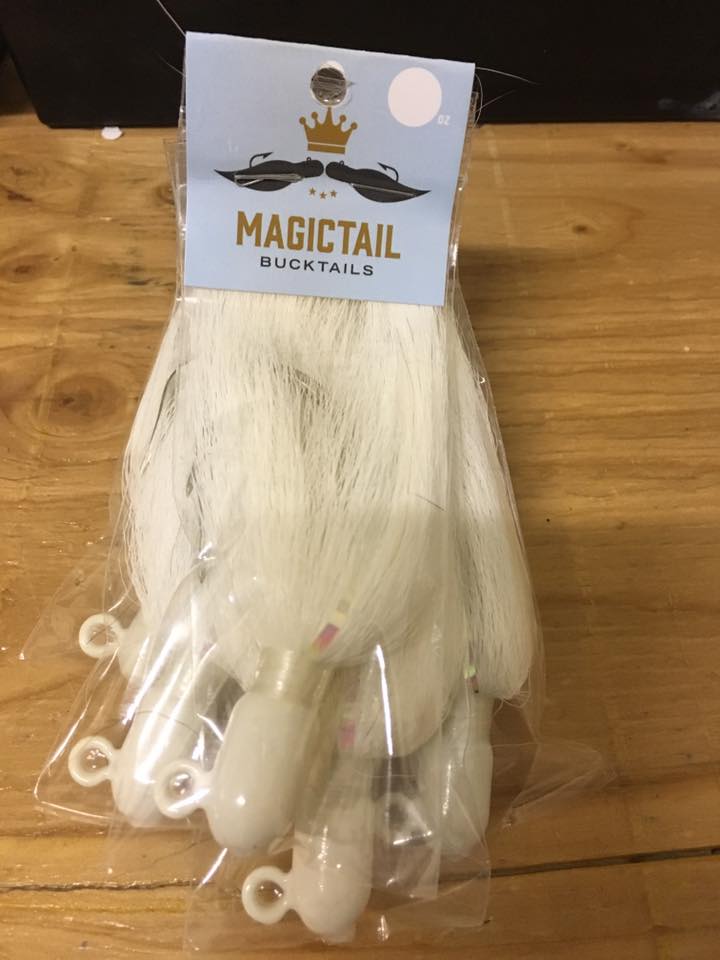 Soriente has been tying bucktails since 2000, but didn’t begin selling them until fourteen years later. The MagicTail work is split between three people—Dante, his girlfriend Svetlana Messick, and Josh McGilly. “I do most of the grunt work, painting, packaging, and selling to shops,” said Dante. “Svetlana ties all of the mojos and a lot of the bucktails. Josh does most of the inventory tying.”

MagicTail sells jigs for more than just surfcasting for stripers. MagicTail offers species-specific jigs for tautog, fluke, red drum, snook, and cobia. MagicTail also makes a mojo that has accounted for stripers up to 58 pounds. The largest fish taken on a MagicTail is a 97-pound cobia.

The MagicTail jigs are built to handle big fish. “We also have the strongest bullet bucktail on the market with a stainless-steel eye and a super strong 8/0 to 9/0 hook,” said Soriente.

Being a smaller operation allows MagicTail to offer some unique colors for custom orders. “White is always right when it comes to bucktails, but the rainbow bucktail Svet created has done a number on the stripers around here,” said Dante.  Even the tog jigs come in multiple colors with both white-legger and green crab color schemes.

MagicTail Lures are currently stocked in 38 tackle shops, mostly in New Jersey and New York, but with some in Connecticut, Rhode Island, Massachusetts, Virginia, and even California.