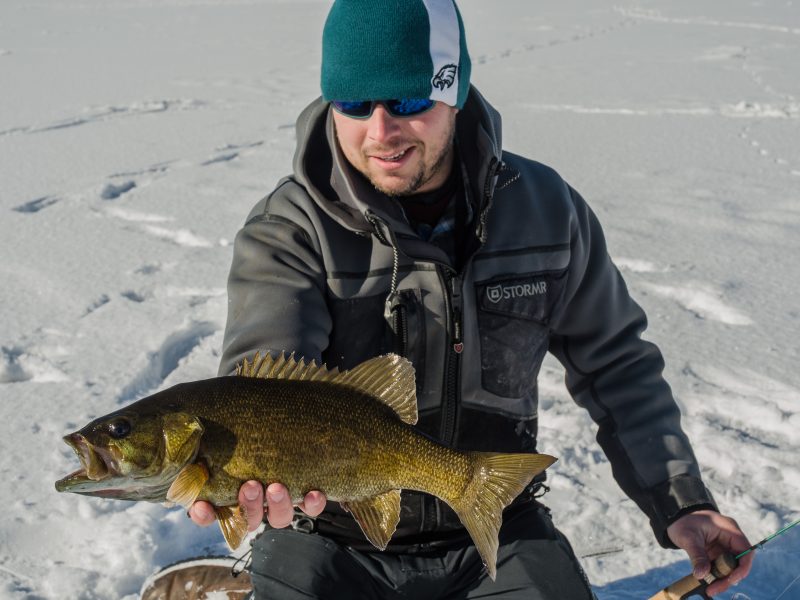 Ice fishing is pretty low on my list of favorite fishing-related activities – it’s somewhere below handlining blue crabs and slightly above not fishing at all. But my last two trips on the ice have started to change that.

On one trip, I fished Lake Winnipesaukee for white perch with fishing guide Tim Moore, and on the other I fished for smallmouth bass and yellow perch in Massachusetts with Captain Rob Taylor. The common thread between the two trips was the absence of tip-ups and the presence of electronics.

Last week with Rob, he’d brought out the Lowrance Elite 5-HDI that he uses on his boat and paired it with a Lowrance Ice Fishing Pack. The pack includes an ice transducer and float, and a weatherproof carrying case with room for batteries and a charger.

It was the first time Rob had brought his electronics onto the ice with him, and was clearly enjoying watching the fish react to his lure.
I took a few turns as well. I could clearly read my jig bouncing along the bottom when, occasionally, a solid yellow-red bar would slide off the bottom to give it a look.

Unlike a flasher, the Elite 5HDI left a short history on the screen, so you could see just how you were working a jig when a fish swam up or decided to bite. That day, an aggressive cadence drew the most attention, but slowing down and deadsticking is what triggered the most bites.

Rob spotted the fish of the day on the sonar before he hooked it. He was working the bottom with his jig in 35 feet of water when, 20 feet off the bottom, a big mark appeared. He quickly reeled his jig to that level, bounced it twice, and hooked a bruiser largemouth bass that put up a serious fight on the micro-light jigging rod.

After some pictures, Rob sent the bass back through the ice and said that without his electronics, he’d have never seen and probably wouldn’t have caught, the big bass.

We fished until sunset, catching smallies and perch, and by the time I got back to the truck after a full day on the ice, I decided that frozen lakes and cold winters might not be so bad after all. 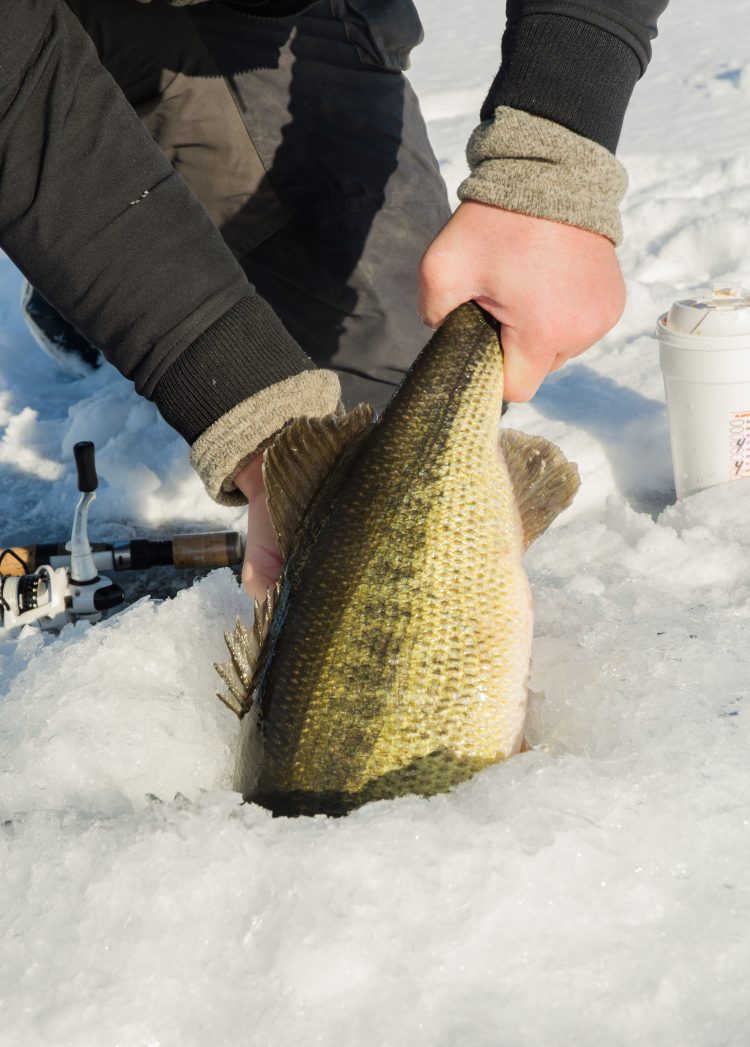 For more on Ice Fishing with Electronics: