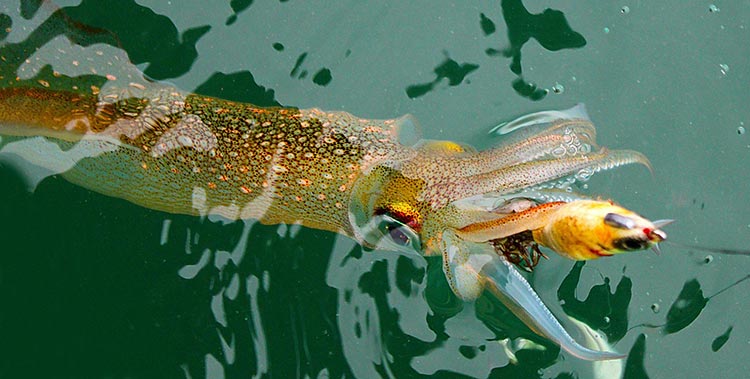 Fresh squid are delicious, they are fun to catch, they make great bait and we should all celebrate this unique bounty from the sea.

Loligo pealeii is the Latin name for these tasty little sea monsters. There is an old saying about preparing squid: “Cook it for two minutes, or more than one hour.” Anything in between will result in a chewy, tough, rubbery texture. 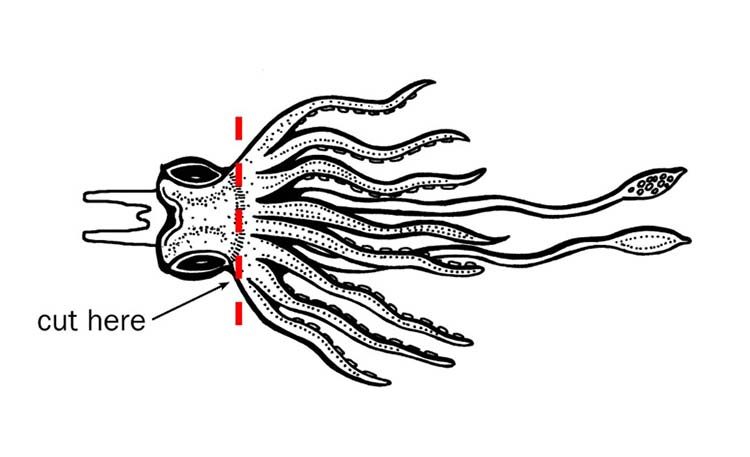 Rip off the squid’s head. Do this in the kitchen sink as the squid is still likely loaded with ink. Now, cut between the eyeballs and the tentacles, discard the eyes. 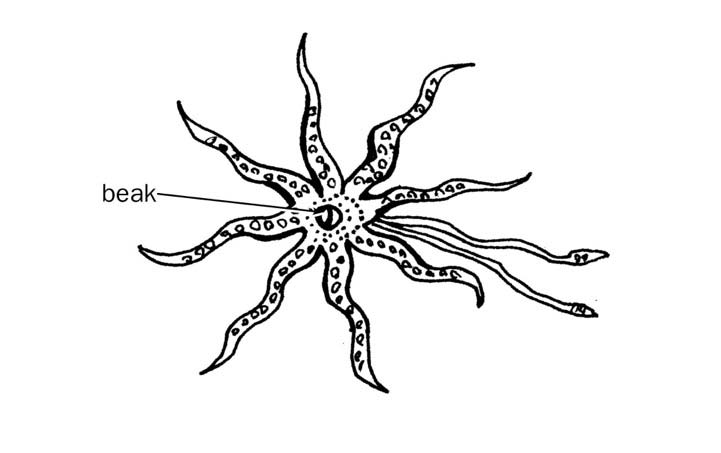 Did you know that a squid has a beak similar to a bird’s? It uses it to dismantle its prey. Never mess around with a live squid’s beak, as it is capable of taking a divot out of one of your digits. The beak is easy to pop out once the eyes have been removed. 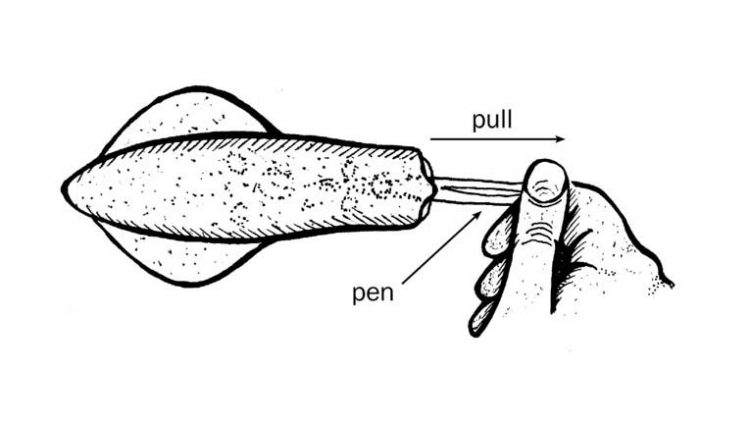 Now, clean up the body cavity. First, remove the pen, which runs along the top of the squid’s mantle. It resembles a piece of clear plastic. 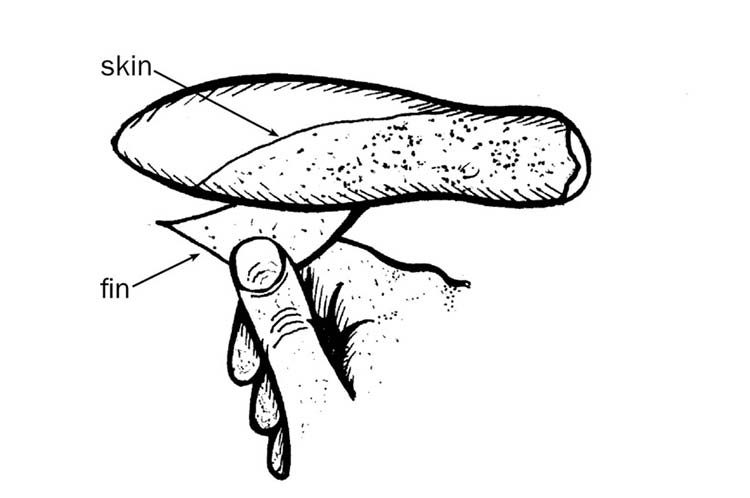 Remove the fins and peel off the thin layer of skin. Squeeze the body cavity to push the “guts” out. Rinse the tubes and tentacles under cold water, and dry thoroughly on paper towels.

The following recipe is common in the Mediterranean, yet unfamiliar to many Yankee diners. Fresh squid is delicious when properly grilled, and has a texture and flavor somewhat similar to shrimp.
Grilling squid falls in the two-minute category, and you’ll want the grill as hot as possible. Try it!

Create a marinade by whisking together the pineapple juice, soy sauce, olive oil and white pepper, and set it aside. Cut the squid bodies in half, lengthwise. Score the skin side of each piece with six to eight cuts in a crosshatch pattern, using a knife held almost horizontal to the cutting board and making sure not to cut all the way through. (This will help prevent the squid from curling up on the grill.) Cut the heads in half. Toss the squid in the marinade and let it soak for about 20 minutes.

Now skewer the squid parts so they’ll lie flat and place them onto a very hot grill. Let them sear for about 45 seconds, then give them a flip, followed by a quick spattering of marinade. Another minute, and they are done. Remember, after two minutes, they turn to rubber, so you’ll have to work fast and keep them moving.

Take them off the grill, remove the skewers, and cut them up into bite-sized pieces for serving. Hit them with a pinch of sea salt, a squirt of lime juice, and a kiss of olive oil. I like to serve this as a light dinner atop baby greens and arugula, fresh from the garden, with some nice, crusty bread on the side. It is a true seasonal delight.