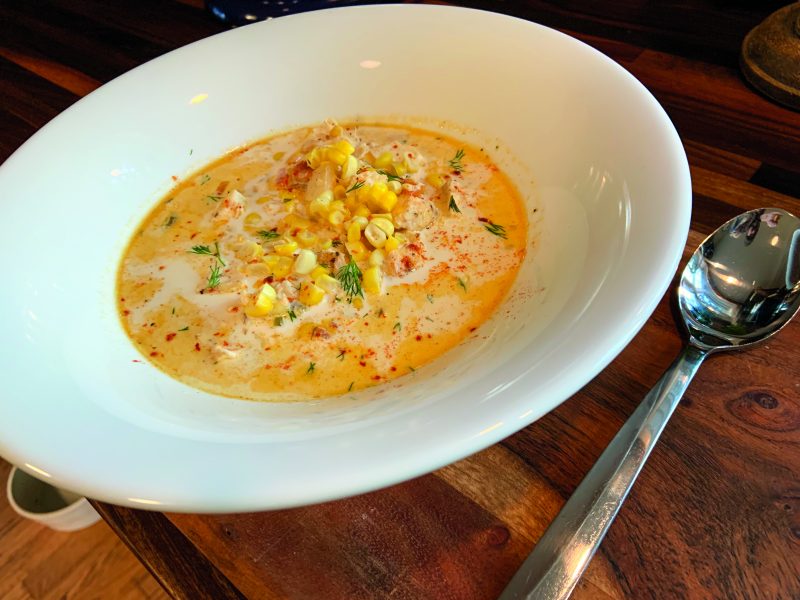 Use 2 pounds of striper, monkfish, or tautog fillets for this decadent recipe.

Captain Ben Tribken was the first person to have a cooking column in On The Water. The following recipe is from the January 1998 edition.

Ben was a pioneer of offshore fishing in the Northeast, and I got to know him well later in his life. We worked together on the committee for the Falmouth Offshore Grand Prix, a non-profit offshore tournament that is still around today.

I learned a lot from old Ben. He taught me that fishing offshore is always better on windy days. The wind creates turbulence and waves, which confuses the bait and keeps pelagic fish near the surface during the day.

“If it ain’t blowing, I’m not going.” was one of his favorite sayings.

Ben also taught me the “paper plate” trick. He always had a stack of paper plates in the bridge of his boat. When he hooked a tuna, he’d toss the plates overboard like Frisbees to mark where the fish were. This was long before GPS, yet it remains a good trick to this day since the plates drift on the surface, creating a visual cue to the movements of tide and bait.

Fresh parsley and a dash of paprika for garnish

Cut fish into 1½-inch chunks and set aside. In a large pot, melt a tablespoon of butter, add the vegetables, and sauté for about 5 minutes. Add the stock, cream, corn, cayenne, and pepper. Bring to a light boil, then reduce heat, allowing the mixture to simmer for about 10 minutes. Add the remaining butter. Throw in the fish chunks and cook for about 10 more minutes. Serve in large bowls with parsley garnish and a dash of paprika for color. Serve with crusty, crunchy rolls.