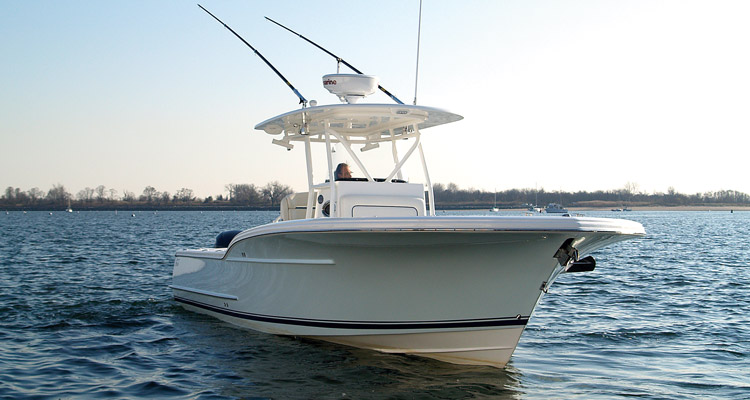 Captain Frank Crescitelli is a New York City fishing scene fixture. From Chelsea Pier on the lower west side of Manhattan, he guides clients on urban fishing adventures through lower New York Harbor and beyond. Crossing the harbor to pick up and drop off clients is when he depends on the soft ride of his Davis 28 center console.

“Most people wouldn’t think it, but New York Harbor has some of the toughest boating conditions on the East Coast,” says Crescitelli. “It’s hairy!”

In the harbor, water coming in from the Hudson and the East rivers compete with ocean tides and wind to create waves. Add in an incredible amount of boat traffic from recreational and commercial vessels, including dozens of water taxies, freighters, tankers, and cruise ships, all throwing wakes that reverberate off the seawalls and piers, and the result is often a confused sea of unpredictable 6-foot waves.

“Most boaters never really test the way their boat rides,” says Crescitelli. “They can pick their days, stay in the bay and avoid nasty conditions if they want. I don’t have that choice, so I really get to see how a boat performs. And, I am being completely honest when I say that this hull is the best I’ve ever owned.”

After owning a number of boats in his 17 years as a charter captain, it was a need to meet a divergent set of fishing needs that led him to the Davis 28 CC. Crescitelli’s fishing season takes him from shallow backwaters preferred by his fly-fishing clients, out into nearshore waters of New York Bight for big bass on bunker, and 80 miles offshore to troll the canyons for tuna. This required running two very different boats—a bay boat that could excel in the shallows, and a 32-foot-plus center console built for making long runs offshore.

Trying to avoid the headaches and expenses of keeping two boats, Crescitelli was looking for a compromise that could do it all, and do it all well. He turned to Davis Yachts, a builder of center consoles and sportfishing yachts that are engineered, manufactured, finished, and outfitted in a single factory located in Egg Harbor City, New Jersey. Having total control from the beginning to the end of the process allows Davis to make custom boats known for their excellent fit and finish. The 28 CC is their smallest hull in a lineup that includes four center consoles up to 42 feet. The Davis hulls are recognizable for their signature flared bows and sharp entries, which give the boats a comfortable, dry ride in big seas.

Crescitelli’s 28CC is powered by twin 300 horsepower Yamaha engines. Besides being fast, the boat is remarkably efficient. With four clients, a mate, and a half-tank of gas, he gets 1.4 miles per gallon at 30 knots. That 30% improvement over his previous center console adds up to big savings, considering he runs 80 miles on a typical day.
Along with affording him the ability to fish inshore flats and make offshore runs, a big plus of the 28-foot hull, says Crescitelli, is it can be easily trailered with his Ford F150.

“When the striper bite went nuts this spring off Long Beach Island, I was able to trailer the boat down to fish a tournament instead of burning the fuel to move the boat over water. The fishing was so good, I decided to keep it down there and fish an extra day rather than schedule an entire day to run the boat back.”
The 28 CC is built to be a fishing platform, with a forward fish box large enough to fit bigeye tuna plus all the necessary rod holders and storage. Crescitelli’s boat has been customized with dual 16-inch Raymarine glass bridge displays that communicate with CHIRP, side-scanning sonar transducers and several onboard video cameras, including a FLIR thermal camera.

“The FLIR camera has been life-changing,” says Crescitelli. “Navigating New York Harbor at night is really tricky—it’s almost impossible to spot the lights of boats against the backdrop of the bright city skyline. I can look at the camera feed and see everything, including buoys and markers, like I have night vision.”
The Davis 28CC has more creature comforts than many bare-bones fishing-first center consoles. Small details, like smartly located cup holders, are appreciated by both clients and the captain. 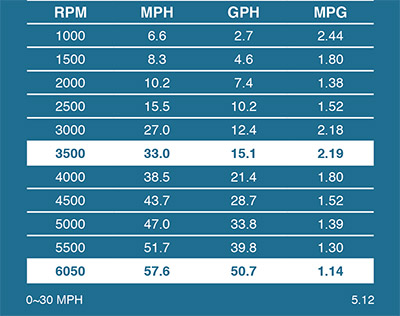 One creature comfort that Crescitelli says he could have done without is the forward seating in the bow, which is optional on the Davis 34 but standard on the 28. To avoid losing fishing real estate, he added a custom casting platform that fits over half the seating area and puts fly-fishermen in perfect position with their stripping hands above the gunnels.

And while he would have passed on the forward seating, he admits that it has been a huge hit with his wife and daughters.
“We like to do family days in New Jersey, where we’ll take the boat into the creeks and go crabbing. My daughter tried the forward seat, put the backrest in place, and it was, ‘Dad, why didn’t our other boats have this?’ I don’t think they’ll ever let me own a boat without forward seating again,” laughed Crescitelli.

Unfortunately, the captain with the fused vertebrae doesn’t get much time to relax in those seats because he’s at the helm most of the day. That’s why, from his point of view, the most important detail will always be the comfort of the ride.

“There are boats I simply cannot set foot on, because I know I’ll get beat up and my body just can’t handle it,” says Crescitelli. “This boat I know I can run all day, then get up the next morning and do it again.” That’s important because in between guiding clients, fishing tournaments, and doing some family boating on his “days off,” Crescitelli is on the water filming his television show, Fin Chasers, which airs on Destination America.