The 37th Annual Skip Hartman Memorial Pro-Am Tournament ran into some inclement weather on Saturday, so the 42 competing teams needed Sunday to get the two-day tournament completed. In the end it was West End Sportfishing led by Capt. Taz Morrison of Wilson to win his first tournament with a score of 409.37 points to score over $10,000 in cash. The team narrowly defeated Dublin Up led by Capt. Carl Martin of Pendleton with a score of 396.33 points. In the Amateur Division, Kyle Hovak of East Amherst and his “Mean Machine” took top honors with a score of 205.53 points.

For Morrison and his team (that also included Capt. Mike Johannes, Matt Tall and Dayton Campbell), they made the decision to fish straight out of Wilson in 400 feet of water. They caught their fish on a mix of neutral color spoons, flasher/fly, and a few cut bait rigs. Their focus was the top 60 feet of water as they ran riggers 30, 45 and 60 feet down. They also ran double divers back 80 to 160 feet and they took a few fish on 5-colors of lead core line too. Spoons at 30 and 45 took the most bites. When Saturday’s weather turned bad, Morrison thought he was in a good spot. The most stable water was out deep and they ran there Sunday to the same spot. Lo and behold the fish were still there.

In the Amateur Division, Mean Machine dedicated this tournament to Hovak’s father, George, who passed away last fall. The first day they ended up in 8th place using a mix of divers, riggers and 300/400 foot coppers. They had some good hits on 10 colors of lead so the next day they ran six long lines – lead core and copper. All spoons included Magnum NBK’s, Mag Frostbite, Mag Pro King, and Stingray NBK to collect the fish they needed to take over first place. “We won it for Dad,” said Hovak.

Throughout the lower Niagara River, Lisa Drabczyk of Creek Road Bait and Tackle in Lewiston reports action has been slower due to building moss problems. A few bass are being caught around Fort Niagara and Youngstown on swim baits and Ned rigs. Some steelhead are still hanging around Devil’s Hole. Mark Plennert of Niagara Falls hit both the upper and lower river sections recently. In the upper river, he caught a nice steelhead at Burnt Ship Bay near Navy Island using his all-time favorite lure, a blue fox super vibrax spinner. The next day in the gorge, he caught a near-record white bass that tipped the scales at 3 pounds, 7 ounces – just one ounce shy of the mark set by Morgan Fonzi of Gasport in the same general location in May of 2020. Plennert was tossing a Zoom fluke to take fish there. Mike Ziehm of Niagara Falls noted that white (silver) bass numbers seem to be down this year in the gorge and the smallmouth bass bite has been a bit thin. He has hooked into a few muskies while targeting those bass and there could be a direct correlation with fish numbers.

As National Fishing and Boating Week ends, there will be another Kids Fishing Derby on June 11 at West Canal Marina on Tonawanda Creek Road in North Tonawanda starting at 9 a.m. and ending at noon.

The fishing out of Oswego has really picked up after the big west blow earlier this week. Browns have been active in the 20-50’ range with Kings showing up in better numbers.

The best salmon activity has been from 120-350’ of water. Bait is starting to move in and the kings are following.

Cut bait is doing well. White green dot, kryptonite, Valium and Hammertime clean and warship or steel gator twinkies have been great! Mag spoons in frostbite and SSW have been good on the coppers.

Transition mode has continued in Mexico. Brown trout have been scattered out. Salmon have been harder to find unless you head to Deep water around the plant. Plus, the lake trout are on the move north.

The most consistent action right now is targeting Lake Trout in 130-165’ north of the Salmon R. We’ve seen some some real trophies around right now!

Bass, walleye, carp, and pan fish are all plentiful this time of year along the Oswego River. For walleye, the best spots are typically between the Utica Bridge and Bridge Street, as well as north of Bridge street.

For more information on fishing the Oswego River, see page 50-51 in our free Fishing Guide. 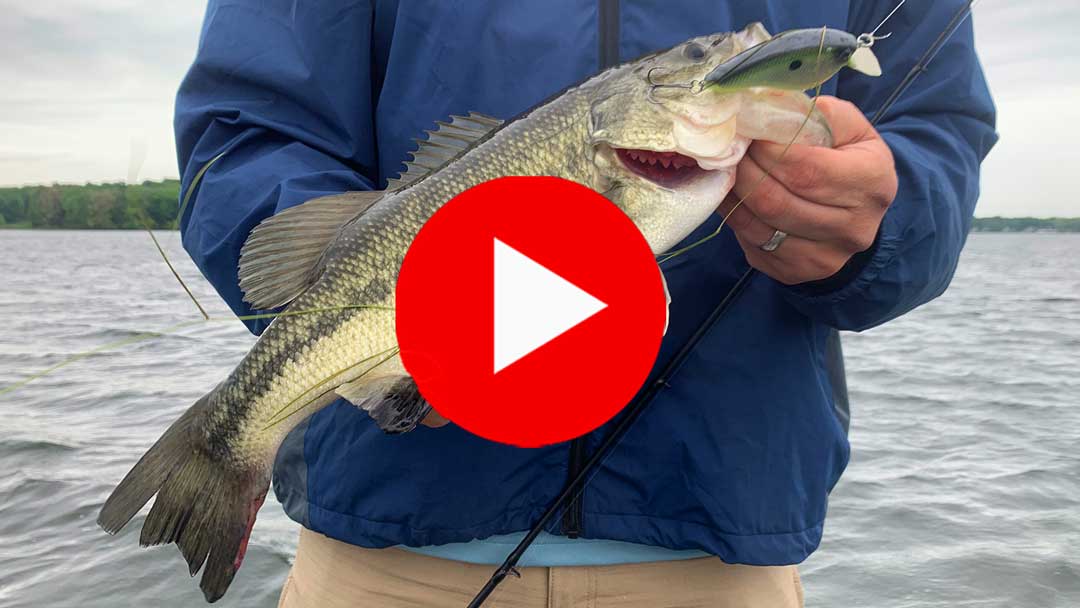 North Sandy Pond is a popular bass fishing location with several tournaments held there each season, as largemouth bass are abundant and grow large in the ponds. Large pike can also be caught throughout the spring and summer as well as walleye, pan fish, and other species.

A strong blow from the south today should change lake temperatures. Tomorrow is predicted to have west winds so the charters from Wayne County will be searching for trout and salmon.

Today’s routine has some boats trolling between 140 and 240 fow west of Sodus Bay. The riggers are set to 80 fow and copper is out 300 fow.
Spoons are working the best. Michigan Stingers, NK’s, Dreamweaver’s, and many more brands of spoons work.
UV green has been a productive color and black glow has been catching some late spring kings.

Don’t forget the LOC Summer Derby July 2nd-July 31st. Lake Ontario tributary regulations: Three fish in combination and not to include more than one Rainbow Trout (or Steelhead) and One Brown Trout.

Lake Ontario tributary regulations: Three fish in combination and not to include more than one Rainbow Trout (or Steelhead) and One Brown Trout.

Bass season starts in eight days: June 15th with a five fish 12-inch limit. The bass in Sodus and Port Bays can be found at the southern sections of the bays. The largemouth will also be hiding under the docks.

Perch are still in the bays and are feeding on shad so “match the hatch” with 2-inch white rubber. Tip your lure with perch eyes or spikes. They have been in deeper water at 30 to 35 feet.

Fish and release bass have been under docks and at the swampy section of Port and Sodus Bays.

DEC placed new docks at Port Bay last Thursday. They are wider than last years which gives more stability when launching your boat or casting from the dock.

Canal water levels have been slightly higher after flooding the waterway. In Wayne County you can launch boats in Clyde, Lyons, Newark, Palmyra, and Macedon.

Widewaters is the most popular location for anglers. You can fish quite a distance between locks and this location is known for hefty largemouth bass.

This week’s fishing report is by Capt. John Oravec from Tight Lines Charters:

With the upcoming Orleans County Open this weekend, charter captains are being careful to disclose any “trade secrets”! I did see a few captains posting on Facebook since the weekend: 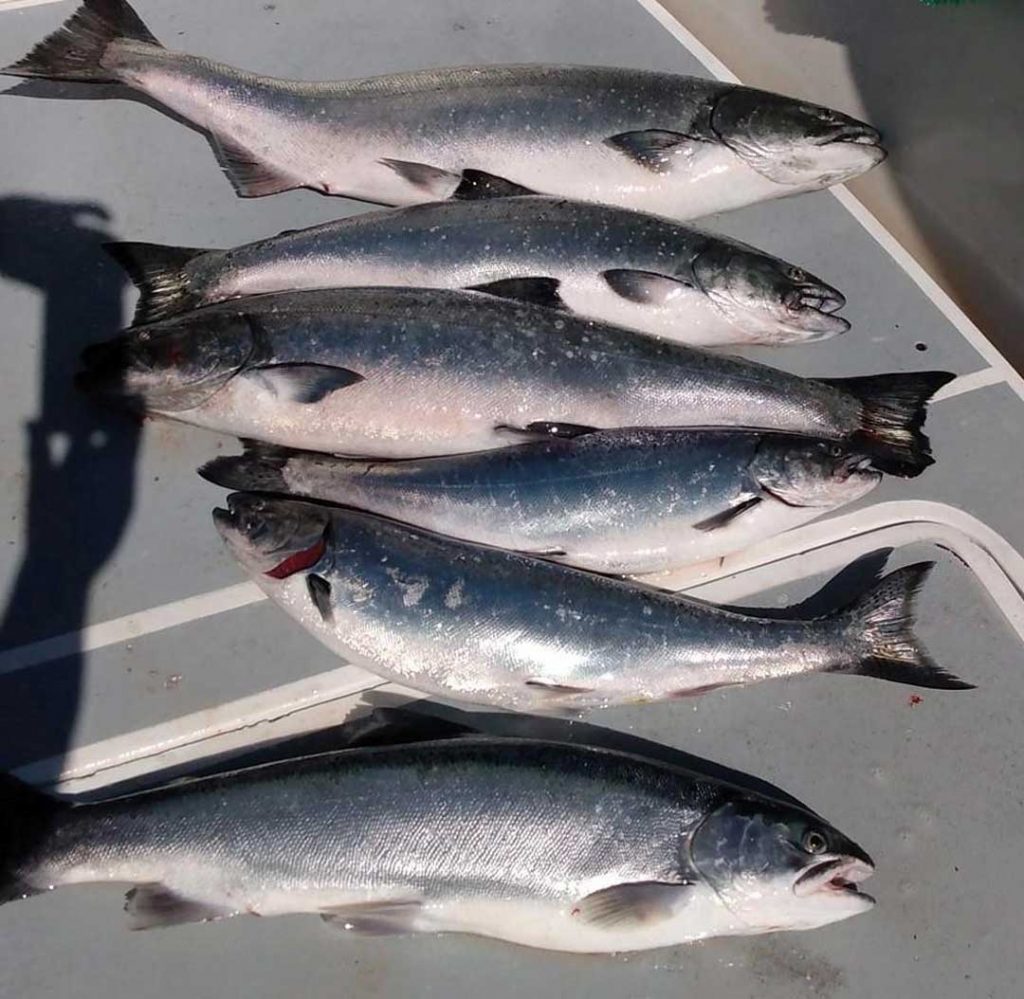 This weekend, June 11-12 is the Oak Orchard Open Fishing Tourney (aka Orleans County Open) preceded by the 1st installment of the King of the Oak series – the Condor Memorial June 10th.

Observers are needed! If you are interested in being an observer for a team during the Open, please contact Lynne@orleanscountytourism.com and I will put you in touch with a team captain.