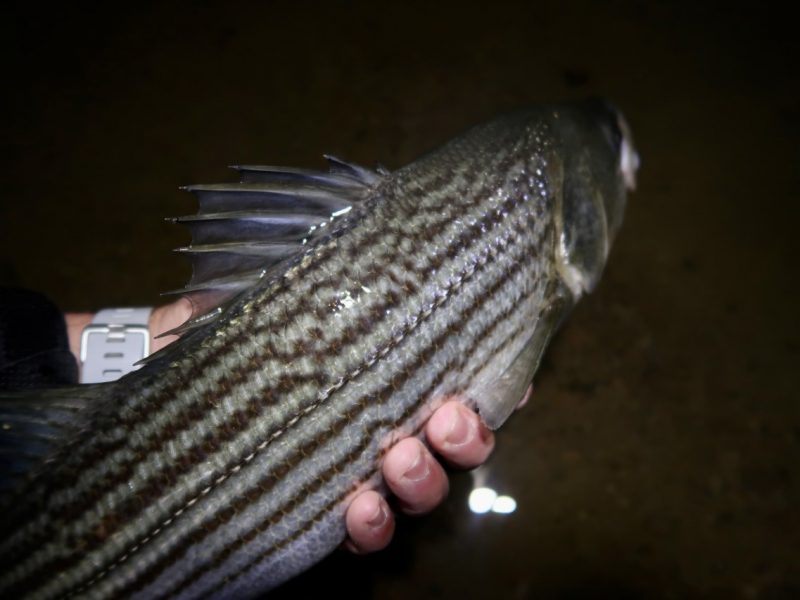 Matt, at Black Hall Outfitters in Westbrook told me that the striped bass are starting to fill in much more around the river and creek mouths. School striped bass action has been good in those areas and along the beaches, while the upper river herring runs are still holding some better fish. If next week’s forecast holds, and we get some sustained warmth, we should see the striped bass fishing really take off. Some sea lice covered bass are being reported in Rhode Island, so we shouldn’t be too far behind. Small soft plastics on jigheads is still the top producer of bass, but as the water warms we should see them become more willing to hit larger plugs and topwater offerings.  Come over to Black Hall Outfitters – Westbrook, May 21st through the 22nd for our 2022 season kick-off event. 2 days of savings, prizes, raffles, clinics, vendor meet and greets, and more!

Andrew, at Fishin Factory 3 in Middletown said that the fishing in the Connecticut River has improved significantly this week, as the flows dropped and cleaned up. There has been an increase of slot to slightly bigger fish reported this week from anglers dunking sandworms and/or tossing plugs near the herring runs. The striped bass aren’t the only species taking interest in the herring runs, as the pike fishing has improved in the river as well around the same tributaries. The shad fishing has also been strong in the usual hotspots throughout the river. Connecticut blackfish season has now ended, but anglers are still finding plenty of keepers in Rhode Island, along with some nice buckets of squid. Freshwater anglers are still reporting good trout catches in the Salmon, Farmington, and Saugatuck Rivers, while bass anglers are reporting good smallmouth action in the CT River and Candlewood.


Mike Roy at Reel Cast Charters is seeing new schools of bass showing up regularly in and around the large tidal rivers. Big numbers of school bass have been common, and most trips are seeing plenty of slot fish in the mix as well. Fin-S fish and Sluggos have been the top producers, and he has also found some better fish willing to hit topwater offerings around the herring runs. He also caught a bass with a fresh bunker down its throat this week, so we shouldn’t be too far away from peak spring fishing. Be sure to contact Mike for a spring-run trip before it’s too late!

Fisherman’s World in Norwalk reports that school striped bass continue to filter into the area in large numbers. Large schools of fresh fish can be found daily across the beach fronts, in the harbors, and in the rivers/estuaries. The mouth of the Housatonic is also holding a big mass of school fish, with the better fishing hunkering down upriver around the herring runs. Scup reports have been quiet, but a warming trend over the next week or two should change that quickly. Freshwater fishing has remained very good, especially for those targeting trout in the recently stocked bodies of water. The shop weighed in a 4.5-pound rainbow taken from the Saugatuck River last week, and reports have also been strong from the Norwalk, Five Mile, Mianus, and Mill Rivers.

Want to get in on the bite? Find an OTW-approved Charter Fishing Captain in Connecticut!

It appears that we may be heading toward a more mild trend in temperatures after this weekend, and the striped bass fishing is poised to blow-up. Fresh striped bass have been showing in Rhode Island, and we should see a slug of larger fish enter the area in short order. Saltwater anglers in Rhode Island can continue to cash in on a quality spring tautog bite, along with somewhat steady cod action around Block Island.  A large push of squid into Rhode Island waters has also provided anglers with a great saltwater opportunity and should help with the fluke bite as we approach June. Connecticut anglers can find striped bass just about everywhere, with schoolies around the beaches and river mouths, along with some better fish following the herring upriver. The CT River pike and smallmouth action has also improved, along with the shad fishing, which is a true sign of spring. Trout action has been good across both states, especially in the areas that continue to get stocked heavily.