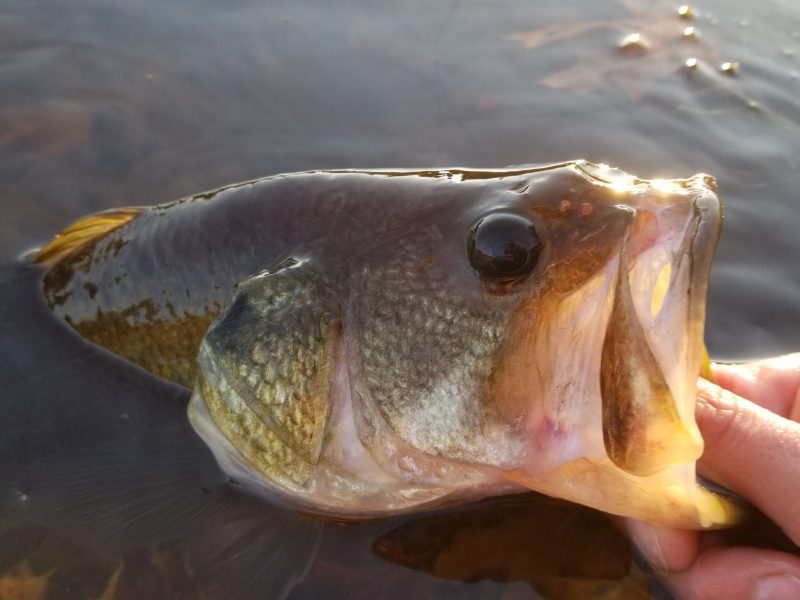 I’m itching for striped bass. For the past few weeks, largemouth bass have kept that early season angst at bay. It doesn’t help that I’ve been home sick with Covid this week; but, while I haven’t done much fishing, I have been doing some much needed spring cleaning and organizing during my usual fishing time.

We have a little more waiting to do before migratory schoolies begin to show up, but even that could be sooner than we expect. Bluefish mysteriously showed up in areas of New England this week, and I’m wishfully thinking there’s a school or two of bass close behind. Over the past week or two, I’ve spent a handful of hours scouting some early season kayak fishing spots, and although I didn’t find any fish, the waters I visited seemed promising.


While I’ve been quarantined, other members of the On The Water team have been out taking advantage of the spring weather:

Adam Eldridge had a successful multi-species outing in the sunshine earlier this week. He fished around sundown with small hair jigs.

It’s good to see the freshwater ponds producing several species of hungry fish. Other members of the OTW team, like Anthony DeiCicchi, continue to chase giant bass only to land fish the same size as the lure. I can relate; I’m still searching for a sizable spring bucketmouth.

Stocked trout are plentiful at this point, and the reports consistently include a mixed bag of rainbows, browns and a few brook trout and tiger trout here and there.

In the salt, Jimmy Fee was lucky enough to get on some kayak cod with Eric Harrison during the calm, sunny conditions on Tuesday. They used jigs to get on a variety of deep-dwelling bottom species.

Tautog season is open, and I plan on trying to get after some from the kayak or the jetties in the coming weeks. Overall, spring fishing in both salt and fresh water is going well for anglers who are putting in the hours out there.

Evan at Eastman’s Sport and Tackle in Falmouth said that first light is the key to the trout bite at local ponds around Falmouth; his customers have been catching trout and bass using mostly shiners. Evan had one customer fishing Crocker Pond on shiners with great success for largemouth. Others have been targeting bigger bass on Peters Pond and Mashpee-Wakeby using shiners and soft plastics on jigs. Eastman’s will start carrying green crabs around the middle of the month for tautog anglers.

At Red Top Sporting Goods in Buzzards Bay, Kaygan said they’re selling a good amount of shiners for largemouth bass. The trout bite has been better than bass, but until some consistently warmer weather sticks around and water temperatures rise, both bites have been a bit more sluggish.

Morgan at Sports Port  in Hyannis said trout anglers have been doing well since the stocking completion. Their customers are catching on live bait, trout worms and small spoons like Kastmasters. A few small largemouth bass and perch trickled into reports, but trout have been the most popular target.

The next seven day stretch has temperature highs in the 50’s and 60’s, the first legitimate spring weather forecasted for the Cape this year. Largemouth bass will still be a major target of mine with the herring run pending, and until that’s over, I’ll seldom be fishing for trout. With each passing day, the spring fishing conditions should be improving. Plants will begin to bloom and when those dandelions sprout, you’ll know where to look for me; somewhere in the salt, keeping busy while eagerly awaiting early migratory striped bass to push their way north.