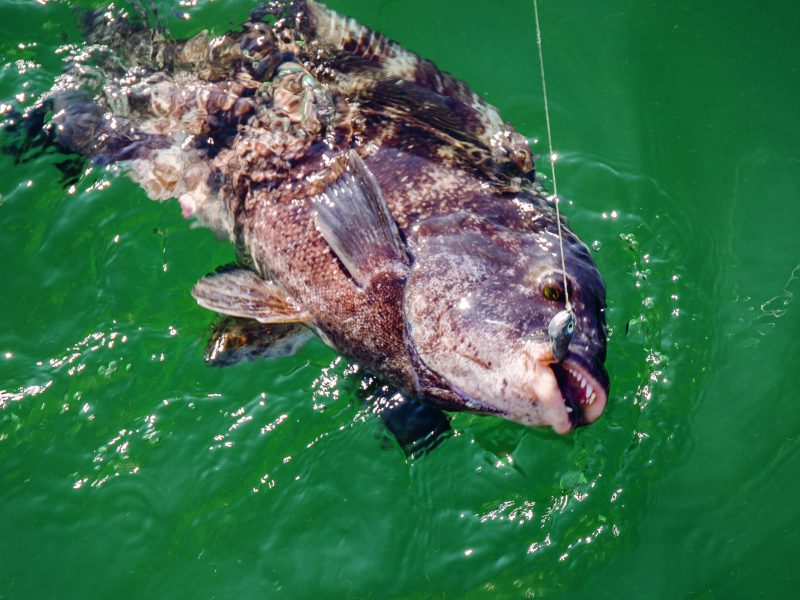 First and foremost, a heartfelt thanks from all of us here at OTW to those men and women who have served our country, protecting our freedom to do what we love – especially fishing.

Schoolies abound on South Side beaches and estuaries. There were reports of blitzing bass on the Cape Cod Bay side, even in Plymouth. The Canal continues to produce fish, with most in the 20- to 26-inch range, but a few 30 inches and up are in the mix.

The fish, when you find them, haven’t been too selective. Jigs, swimming plugs, even topwaters continue to catch.

Freshwater fishing is very good too, though you wouldn’t know it from my outing with Anthony DeiCicchi on Wednesday night. We fished a trout pond, but instead of using lures to catch trout, we used lures that imitate trout.  The goal was to hook a giant, trout-eating largemouth, and while the plan was solid, we failed to execute. There were plenty of trout milling around though, and I spotted a couple quality brown trout drive-by where we were casting. The water temperature was dropping though; the surface of the pond was steaming as the heat was being sucked out by the 30 degree temperatures. Despite the lack of fish, it was a beautiful night on the water, with a soundtrack of hooting owls, yipping coyotes, and constant muttering from Anthony, wondering why he wasn’t getting bites.

On calm mornings, trout are all over the surface of the trout ponds, feeding on hatching flies. They can be infuriatingly picky to spinnning rod fishermen, but fly-rodders with the right patterns can do very well. Inline spinners, especially Roostertails with black dressing and gold blades, have produced well for me when trout are finicky.

Largemouth bass are biting well in smaller ponds, where shallow-diving crankbaits, lipless crankbaits, and jigs are working during the day. After dark, a wakebait crawled across the surface is still a reliable technique on shallower ponds that have been warmed by the late-afternoon sun.

Pickerel are perking up as the water temperature drops.  This is a great time to target these fish, as they stay active well beyond largemouth bass.  They’ll hit many of the same lures, but I really like catching them on the fly. Long streamers with lots of natural motion are a good pick.

Tog fishing is very good. Anglers from shore are catching some too, especially in the Canal. In the boats, heading toward the Elizabeth Islands will be the best bet. The farther you’re willing to run, the more likely you are to find structure that hasn’t been picked over.

The stripers are still here, in fewer numbers and smaller size, but if you have to see those beautiful seven stripes one last time, head to a salt pond or the Canal. (We made a video about bidding farewell to those last Cape Cod stripers that you can view below.)

Scale down the gear, as the fish are mostly smaller, but still fun to catch. I swear the stripers have a little extra pep in their step this late in the season. The ones I’ve been seeing have been well fed, even the small ones. They are fattened up and ready for their swim south.

But don’t linger in the salt too long, or you’re likely to miss some of the best freshwater fishing of the year. Largemouth fishing will get a big trickier as the ponds continue to cool, but you can extend your season by fishing smaller, shallower ponds. These will cool down faster than the larger kettle ponds, but will also be more likely to warm up faster on those mild, sunny days, which can make for some excellent fishing.

Lastly, finding keeper blackfish is pretty reliable for the boat anglers, so if you haven’t made enough tog chowder to last you the winter, there’s still time. And if you’re looking for a good tog chowder recipe, here’s Andy Nabreski’s: