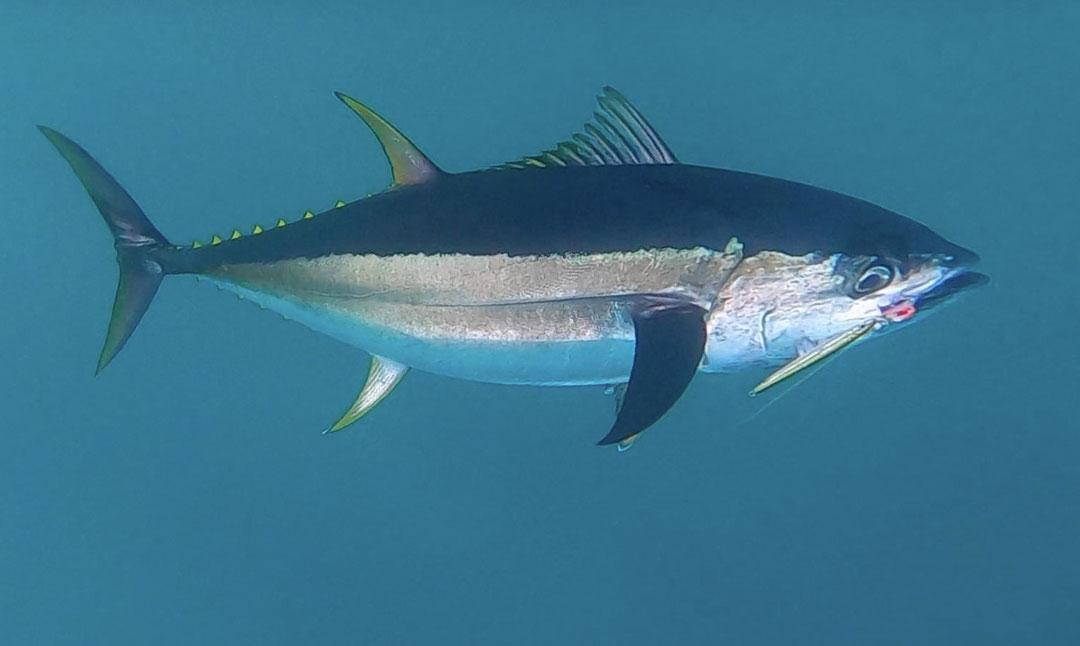 The past week had mixed reports on fluke in the ocean with some reef sites producing good numbers of keepers and others being borderline stone-dead. A bunch of shops reported that the Atlantic City reef site has been on absolute fire and it pays to hit some of the wrecks or rock slabs around the site. Anglers boasting of limits on fluke on social media has many poised to hit the area. Meanwhile, the northern reef sites have been hampered with cooler water and even colder bites, and in these areas it pays to hit the bay. Yellowfin action was red hot at some of the inshore lumps in the 20 to 40 mile range and bluefin have been landed around the Princess. Night-time sharking off the beaches was good this past week in some of the southern areas from Brigantine to Wildwood. Anglers working the bridges with mud and fiddler crabs are finding sheepshead to 15 pounds.

Lacey Marine in Forked River had good reports of bluefish and schoolie striped bass off the north jetty for anglers drifting sandworms, clams , and working plugs. Most of the action was on the incoming tides with the coolest water temperatures. Good fluke action in the main channels and around the inlet for anglers drifting jigs with Gulp.

Creekside Outfitters in Waretown had good reports of yellowfin and bluefin action from the mid to nearshore lumps. Anglers running out in the wee-hours of the morning are finding tuna at first light on the troll and jig. Fluke fishing has been fair in the ocean, but better in the bay with an angler weighing in a 10-plus pounder this week between the BI and BB buoys.

Reel Reaction Charters out of Waretown and Barnegat Light was busy again this week with running two charters a day. Most bay fluke charters are averaging between 25 to 45 throwbacks while keeping 3 to 9 keeper for 4hrs. One of the charters had a solid 27” inch weakfish caught on a bucktail jig by a 7yr old.

The Super Chic out of Barnegat Light has been busy running fluke / wreck trips and offshore tuna trips as the tuna action has picked up dramatically. The boat has some canyon trips available in the coming weeks.

Tony’s Bait and Tackle in Manahawkin had some solid reports of tuna action from the Atlantic Princess on the troll and jig. Anglers have also been catching some bonita in the mix around the same areas. Fluke fishing was good from the local reef sites, but better from some of the deeper sites like the Atlantic City reef.

One Stop Bait & Tackle in Atlantic City reported some solid fluke action off the Atlantic City jetties this past week with fish up to 6 pounds. Most anglers have been casting and retrieving jigs off the jetties tipped with Gulp or minnows. There are some small bluefish around and also some bigger weakfish in the deeper holes. Anglers working the beaches with pieces of clam or worm are finding kingfish.

Tackle Direct in Egg Harbor City reported good action at the Atlantic City, Ocean City and Townsends Inlet reefs on flounder action. There has been some solid fish to 26 inches weighed in on bucktails tipped with Gulp. Tuna action was red hot at Little Italy over the past week with tons of boats getting on the tuna action.

Tight Lines Bait & Tackle in Somers Point had good reports of bay flounder action with fish to 7.5 pounds being weighed in this past week. Anglers working the jigs or live bait around the deeper holes near the bridges have been finding better fish. There are weakfish and small striped bass around during the late night tides. Sheepsheads have invaded the area and have set up shop on most of the bridge and dock pilings.

Sterling Harbor in Wildwood had great reports of flounder from 2.5 to 7 pounds behind Wildwood coming from some of the deeper channels on live bait. The Wildwood and Cape May reef sites have been hot and cold as the winds have hampered some of the action. The shop’s annual “Duke of Fluke” tournament runs this Saturday, so call the shop if your interested.

Cape May Bait & Tackle in Cape May had lots of kingfish, croakers and weakfish being landed from the Cape May beaches and jetties. Bloodworms was the hot bait over the past week. Flounder fishing has been solid at the reef sites and around the inlet on bait and Gulp. Offshore action has been pretty good on the Wilmington and Baltimore canyons for boats on the troll. The inshore sharking has also been producing good numbers of sharks on cut bluefish, mackerel or bunker.

The best bet for the weekend depends on an angler’s preference with mid-shore and inshore sites producing. Anglers seeking the blue-water adventure should be able to find good numbers of yellowfin and bluefin in the 25 to 40 mile range. Canyon action has been heating up, but if your going to invest in the run I would recommend the Baltimore and Wilmington canyons as these have been the most active. Reef sites are slowly starting to produce more consistent results and as long as the strong south winds don’t hamper the bite, the action should be better. Bay action is beginning to shift to the main channels and areas around the inlets as fish begin to stage at the inlets for the migration. I would recommend working the edges and deeper drops in the inlets on the slack high tides. Good Luck, Be Safe, and Tight Lines!