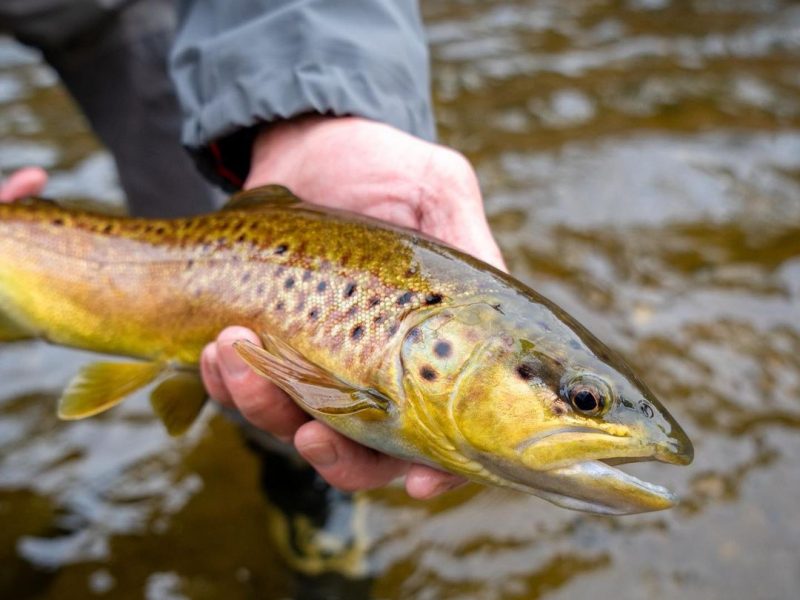 Eric, at Rooster Sport Fishing in New Shoreham, says he is not running any trips for the next few weeks, but he recently picked away at a few cod, ranging from 24 to 26 inches. He and his friend were using Norweigan jigs and fresh clams.

Max, at Fisherman’s World in Norwalk, says holdover striper reports continue to come in from the Housatonic River. He says the fishing is steady and anglers are using Al Gag’s Lures and Lunker City Slug-Gos paired with jigheads, ranging from 3/8 to 3/4-ounces. Herring fishing remains slow in Norwalk, Bridgeport, and South Benson Marina. Switching to freshwater; the west branch of Farmington River is producing rainbow and brown trout on jigs and egg sacs. Max also mentioned some people are fly fishing for stocked salmon in the Naugatuck River.

Quentin, at River’s End Tackle in Old Saybrook, says we are in the winter doldrums and most of the action is coming from the Housy. However, he did hear of good cod fishing at the windmills in Rhode Island. He spoke with one angler who says Winchester Lake had a bit of ice.

Andrew, at Fishin Factory 3 in Middletown, says it’s slow all around, but there are holdover bass in the Housy. One customer says the cod fishing at Block Island is a grind.

Chris Megan road-tripped south to Litchfield County for a centerpin trout fishing trip with Capt. Joe Diorio on the Farmington River. With ice covering their guides, they caught rainbow and brown trout, and Chris returned to the office with a huge beaming smile on his face.

Saturday will be a grind as a storm is forecasted to bring rain and strong winds. After the inclement weather passes, we should have mild weather into the upcoming week. Despite the slow reports, some of the better options are holdover striped bass in Connecticut, cod at Block Island, and stocked trout.