Some nice weather is on tap for the holiday weekend, and anglers should look forward to a multitude of strong fall fishing options!

The Frances Fleet in Point Judith has continued to lose some days to the weather, but when they were able to get out, the fishing remained solid. Last weekend’s tautog trips saw plenty of hungry fish, with near boat limits on each trip and pool fish coming in just under the 11-pound mark. The cod fishing has been up and down but has mainly been up whenever the conditions allow for a good drift. The toughest thing about good drift days is getting through all the sea bass and scup, but there’s nothing wrong with 4-6-pound sea bass and a nice mix of hubcap scup and cod. Both the tautog and the cod trips will sail daily at 6 AM, and with some nice weather on the way, be sure to check their website for a reservation! 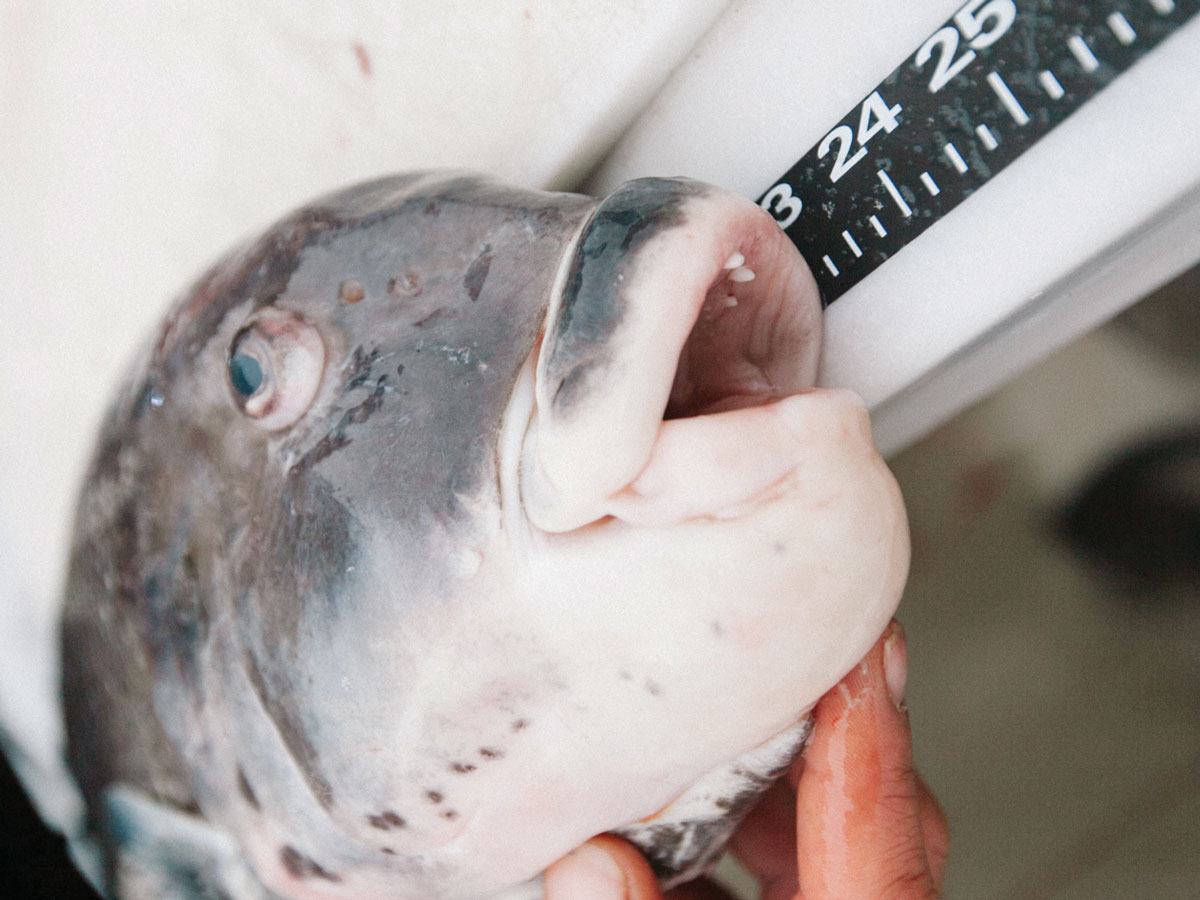 Dave, at Ocean State Tackle in Providence, told me that things have remained steady across Rhode Island. The tautog bite has been the most appealing for inshore anglers, as it remains strong, and the water has remained warm enough to keep some nice scup and sea bass in the mix. Cod anglers are also reporting better numbers this week and it looks like we may have a strong winter cod season ahead of us. The striped bass action has slowed, but anglers are still reporting some schoolie blitzes along the beaches and breachways. Freshwater anglers are cashing in on the recent trout stockings and reporting good results; while others are finding steady largemouth action throughout the state, along with increased pike action. This will be Dave’s last business weekend of the season and will be at the shop from 6 AM to 11 AM on Saturday and Sunday.

Captain Kelly, of C-Devil II Sportfishing, reports that they have been able to work with the weather and squeeze in a few trips this past week. Those that braved the conditions were rewarded with some great tautog fishing. They are finding great action on the deeper rock piles and wrecks, with plenty of fish in the 6-9-pound range, despite big numbers of short fish. High hook for the week was over 12-pounds, so there are certainly still some big girls out there! Hubcap scup and large sea bass are still plentiful, and the cod numbers seem to be improving as well. There are still some football bluefins hanging out close to home as well, which is always a good time! They are done for the season on December 5th, so give their website a look to find any possible remaining openings.

Andrew, at Fishin Factory III in Middletown, told me that the togging has remained very strong for those who have braved the (finally) cooler temperatures. The season is coming to a close this weekend, but it looks like we’ll have a few nice days to finish out the season. School striped bass can still be found around the mouth of the river, and there is still enough bunker to imagine that some larger fish are still in the area. Sea bass action has been strong at Coxes, and the cod action is picking up just south of Block. Freshwater anglers continue to report good trout fishing in the fall-stocked areas, including but lot limited to: Day Pond, Black Pond, Salmon River TMAs and Farmington TMAs. The Connecticut River is at much more appealing levels for pike anglers, who are reporting steadily increasing action over the past 10 days or so.

Ted, at Three Belles Outfitters in Niantic, told me the saltwater action has started to slow locally, but there are still some fish out there to play with. Most of the peanut bunker have left the river/bay, but a good slug of striped bass can still be found in the larger tidal rivers as they get ready to stage up for the winter. The tautog fishing in the area remains top notch, as water temperatures really haven’t dropped enough to make it difficult. The season ends this weekend, but there’s still time for a few more great trips to fill the freezer. The cooler weather doesn’t seem to have affected the freshwater fishing much in the area. Smallmouth and largemouth bass fishing remains strong in the ponds and rivers, while the pike action seems to have improved in the eastern CT lake and the CT River. Calicos, white perch and yellow perch are still plentiful in the river as well, just be sure to slow your retrieves down on the cooler days.

Heather, from Black Hawk Sportfishing, has been dealing with the same weather issues as most, but reports that the good days have been great! The bottom fishing trips have seen some excellent sea bass action, along with good numbers of scup and cod. The combo trips have been successful as well, despite big numbers of short blackfish. Most anglers have been able to weed through the shorts and find limits of blackfish, along with some stud sea bass and scup. They will continue to fish daily if the weather permits, so be sure to reserve a ticket as soon as possible!

Fisherman’s World in Norwalk reports that the blackfishing has remained very good as the fish start to transition to deeper water for the final weekend. 40-60 feet of water seemed to provide the best action in the area this week. There are still tons of school bass in the area that are willing to hit small topwater plugs and soft plastics. Surf anglers are also reporting good bass action from Penfield to Milford.

Captain Chris, at Elser Guide Service, told me the striped bass action remains excellent in the Western Sound, with epic blitzes of slurping bass willing to hit a fly or topwater offering! Peanut bunker are stacked up throughout the area, and some schools of adult bunker are still hanging around as well.

Tautog fishing remains steady and is the main game for the saltwater anglers, and CT anglers have one last weekend to give it a go. Some of the more common spots have been picked through, but some large fish are still showing up on some lesser fished pieces of structure. Sea bass are still in the mix on the deeper structure, and the cod numbers seem to be improving as well. The warm water has delayed the bass migration a bit, and blitzing fish of multiple sizes can be found throughout the area. Fall freshwater action is hitting its stride, with recent trout stockings providing some great action, along with an uptick in pike, bass and perch action.