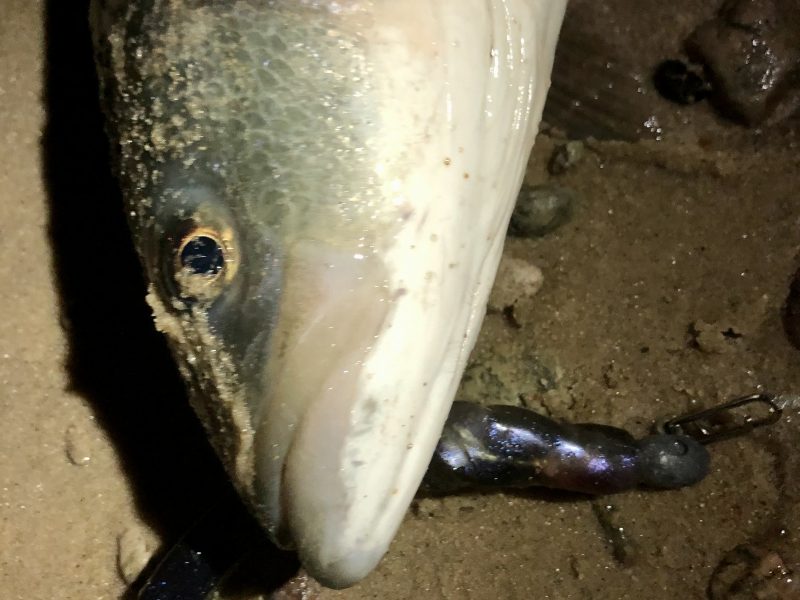 Although New England saw a streak of cold temps, the weather window this weekend is promising.  Do not pack away the fishing gear yet. Keeper stripers are in the east end of the Cape Cod Canal, tautog fishing is still strong, and the trout bite has been on fire, according to several reports.

Maco’s Bait and Tackle in Buzzards Bay, says an angler was catching keeper stripers at the east end of the Canal on Thursday morning with Savage sand eels. There were also some bass caught in Falmouth as well. Tautog fishing has held steady for boat and shore anglers. Furthermore, a 9.5-pound tog was caught this week.

Jim, at Patriot Party Boats in Falmouth, says they’ve been going out for tautog once a week with a few loyal anglers. They’re fishing in Buzzards Bay and have been doing well, with near limits.

Amy, at Sports Port Bait & Tackle in Hyannis, says the trout fishing has been good locally. She recommends fly fishers use a wooly bugger, and for anglers using spinning gear, gold spoons and PowerBait are a good bet. Quite a few schoolies stripers are still being caught on the north side. Amy says it’s about being in the right place in the right time. The bass are picky because they’re feeding on small bait. “One customer, in particular, was doing well on a smaller sized Kastmaster – 1-to-2 fish in the slot size,” says Amy, who thinks the warmer temps are keeping fish around.  Tautog fishing in Buzzards Bay has been good, but the Vineyard Sound has been hit or miss.

The weather forecast for Saturday is going to be nice; partly sunny with highs in the upper 50s, with a 5-to-10 knot northwest wind, and 2-to-3 foot seas. If you haven’t pulled your boat yet, it’s worth checking out the rock piles in Buzzards Bay for tautog. The minimum length is 16-inches, and the limit is 5-fish per person.

Maco’s Bait and Tackle recommended Mary’s Pond in Rochester for trout. Try gold spoons, jerkbaits, and PowerBait. For stripers, give the east end of the Canal a shot with light tackle and some smaller lures. Swim shads, small soft plastics on jigheads, and swimmers like an SP Minnows will work if there are fish around.