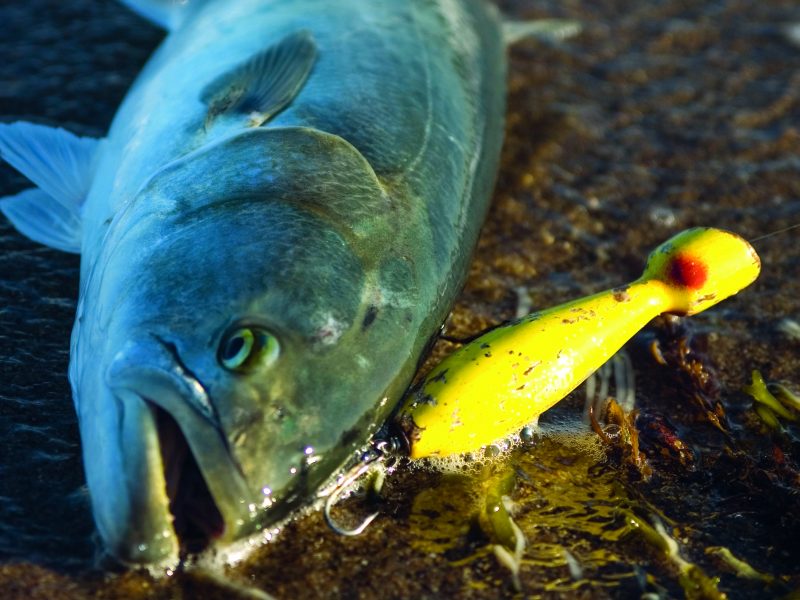 The new moon, and some slightly cooler nights has kicked the big bass game back into gear, while the bonito are close-by and the false albacore should be knocking on our door shortly.

Andrew, at Fishin Factory III in Middletown, told me that the local surf fishing seems to have picked up a bit around the new moon, with some decent reports from around the mouth of the river and throughout the New London/Groton area as well. Sea bass and fluke are hit and miss in CT, but anyone looking to hook up with some bottom fish should drop some worms for scup, they’re all over the place in good numbers and size. Freshwater anglers are scoring some nice channel cats in the CT River, and the nighttime largemouth bite on topwater lures has started to improve as well.

Mike Roy, of Reel Cast Charters, told me that the biggest news of the week, is more and more sharks seem to have moved into the eastern sound. Brown sharks, which aren’t a huge surprise, and an abundance of threshers have been an amazing sight and battle. The new moon produced some strong striped bass fishing, but most of the fish are still holding deep and taking live baits. A huge glut of small bait has caught the attention of school bass and bluefish once again, so there is still some light tackle/topwater action to be had. Scup remain plentiful, and there are still some sea bass to be had if you can make it through the shorts.

Heather, from Black Hawk Sportfishing, reported another week of great fishing. Limits of scup and sea bass have been adundant, with a few triggerfish and fluke in the mix as well. They have also seen some good bluefish and bass action on the after work special trips. A few more of the after-work trips remain, so be sure to book soon. The bottom fishing schedule will remain the same until Labor Day, when it will drop down to just one weekend trip. They still hope to have a few seal watch trips going forward, in which all proceeds will go to local charities!

Captain Chris, of Elser Guide Service, gave me a quick report today and everything was still positive! They are still getting some quality striped bass on the tube and worm, and a few on the topwaters. The bluefish action remains stronger than it has in years, with 5-14-pound fish showing up daily. The Spanish mackerel continue to be around in a big way out west and they have been getting them on peanut bunker patter flies and super lightweight EXO jigs. They haven’t been around in these kind of numbers in a couple of decades, so it’s a welcome return!

The Frances Fleet in Point Judith reports that they had another good week of bottom fishing off the Rhode Island coast. Sea bass and scup action remains red hot with plenty of sea bass limits and some massive scup coming over the rails. Fluking has started to pick up a bit as well, with one of the best 2- week periods they’ve had all season. The pool fluke have been coming in around 7-pounds with plenty of 4-5-pound fish in the mix. They will continue to run bottom fishing trips, as well as single overnight tuna trips, so be sure to check out their website for reservations.

Dave, at Ocean State Tackle in Providence, told me that the offshore guys are still getting after the bluefin, both school size and giants, without having to travel too far. No telling how long this will go on, but just about everyone who’s trying is cashing in at the moment. There are still plenty of big striped bass to be had between the east passage and Sakonnet, along with the usual strong eel bite at Block. Bluefish as big as 35-inches have been caught in the Bay and are still popping up at Block. A few bonito continue to pop up of South County, but they still aren’t around in huge numbers. Fluking is still up and down throughout the state, but there are plenty of sea bass and the tautog fishing continues to improve. Scup also continue to be plentiful, with the best reports coming from the Providence and Seekonk Rivers. Freshwater bass fishing has improved quite a bit, with good catches on shiners and senkos at Olney Pond and Stump Pond.

Captain Connor, at Tall Tailz Charters in Newport, has continued to see striped bass feeding heavily on silversides from mid bay to the Newport coast. Small topwater plugs and smaller expoy jigs have been crushing fish from schoolies to well over 20-pounds. Bonito are being caught more regularly to the east, around Sakonnet, so things should really be taking off across the state soon. Fluke fishing has been the best it’s been all season, with plenty of fish in the 20-25-inch range. The tautog bite also continues to improve every day, with the best fishing still ahead of us, so be sure to book soon!

Captain Kelly, of C-Devil II Sportfishing, told me it’s been an amazing week of fishing in Rhode Island, but inshore and offshore. School bluefin, some bigeyes and a few yellowfin continue to show up consistently, and you don’t have to go to the canyons to get them. Giants have started to move in as well, with a few fish over 400-pounds being reported from the fleet this week. The cow striped bass have returned to the island after their usual August hiatus, and they’re eating just about anything you throw at them. They have continued to release crazy amounts of 50 plus pound fish, but a little patience has thrown a good amount of slot fish in the mix as well. The black sea bass are still around in full force as well, with daily limits to 8-pounds! The are booking now for fall tautog and cod trips, so be sure to check their website for the live calendar.

The fall run isn’t here quite yet, but some cooler nights and an influx of bait seems to be kicking things into gear. Bass and bluefish are still prevalent and can still be found on topwaters at times, while the Spanish and chub mackerel have once again showed up in big numbers ahead of the hardtails. The fluke seem to be taking advantage of all the small bait in the area, as reports have improved; while the sea bass and scup action remains as steady as ever. For those sticking closer to home, there is some great snapper fishing and blue crabbing to be had in the rivers, along with a freshwater bass bite that seems to be picking up once again as well.