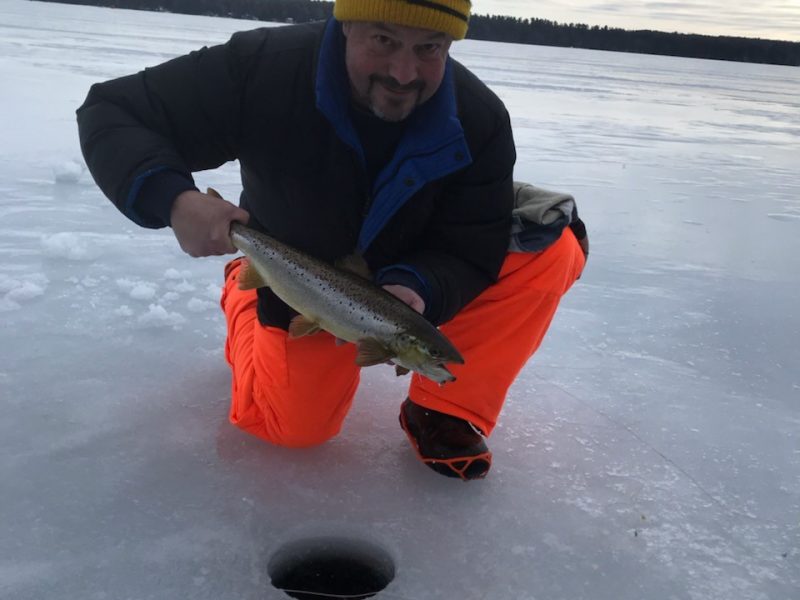 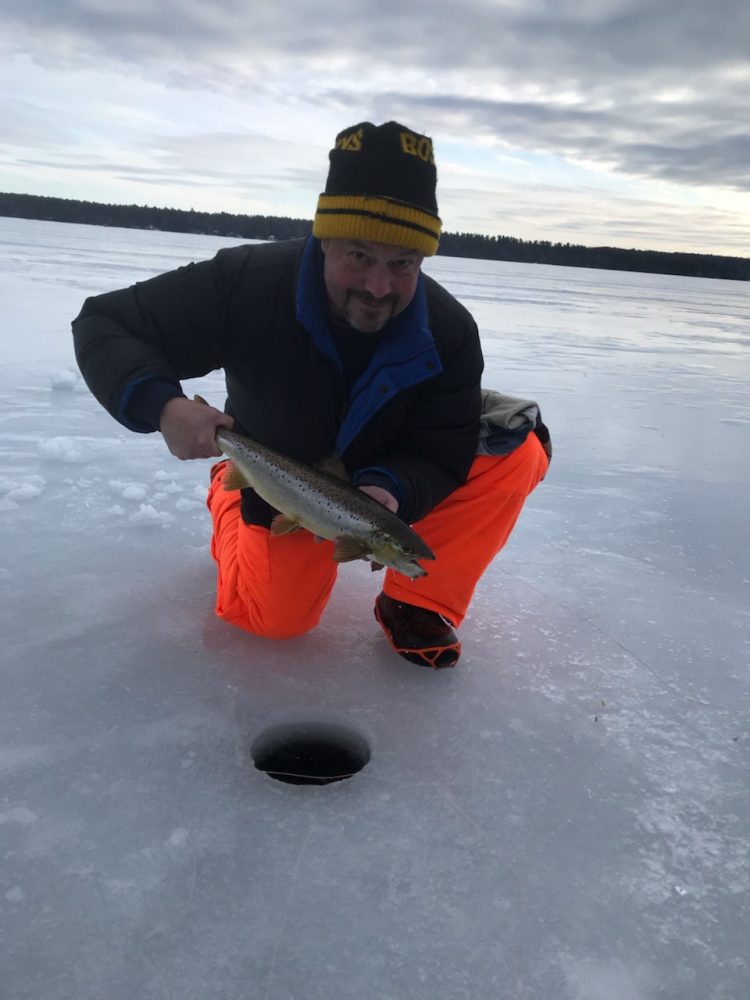 The proverbial “fat lady” is warming up the vocal cords regarding ice-fishing prospects on Winnipesaukee and Sebago. With recent rains and another warm-up predicted for next week, much beyond tomorrow is not guaranteed. However, with news of 8-pound cusk and 16-pound lakers calling, this could be a weekend not to pass up.

Al from AJ’s in Meredith is predicting that the calendar will not make the call this year but rather the ice will! Ordinarily ice fishing on Winnipesaukee comes to a halt when the season ends on March 31st. But, with a sketchy Broads and tributaries honking with current the feeling is that there realistically is one more week or week-in-a-half left to the season. If that is the case in all probability the year’s going to go out with a bang! Recent catches of 16 1/2 pound lakers, 8 pound cusk and slab white perch bear this out. Action has been hottest by Center Harbor. A few are still wringing a few trips out of the Broads but that ice is becoming compromised. If you do go that way, go on foot, bring along a buddy, ice picks and have a rope at the ready. The cusk bite has been especially good in 20-40 feet of water while resting bait right on the bottom. Low light conditions are best for cusk.

Brian from Dag’s in Auburn said that salmon are cooperating on Kezar Lake in Fryeburg with a shiner set right under the ice a good bet. The togue action on Thompson Lake has been terrific even if the size is not the biggest. Still it’s hard to complain about a 2 dozen 20” fish outing, especially when the action is on a jigging rod! The average size of pike this year in Sabattus is up, with a better-than-usual amount of 15-pound fish taken there. The Androscoggin River has been slow with the theory being that the up and down river depth from the incessant thaws keeping the fish on the move. As March approaches spawning urges will bring the pike in close so set up as far into weedbeds as you can get. The word from the Sebago tournament last week is that it was a hit but sensible anglers steered clear of the middle; prior to the derby game wardens surveyed the lake and deemed the middle unsafe. The ice has been good however at Jordan Bay, The Station and Raymond Beach.

The freeze predicted this weekend should shore up ice and prolong the season in many water bodies but long term it looks as if the end is near. Center Harbor on Lake Winnipesaukee has been hot for cusk, white perch and lakers. Sebago’s future is also uncertain; play it safe stick to The Station, Jordan Bay or Raymond Beach. For a shot at a salmon, consider Kezar Lake.