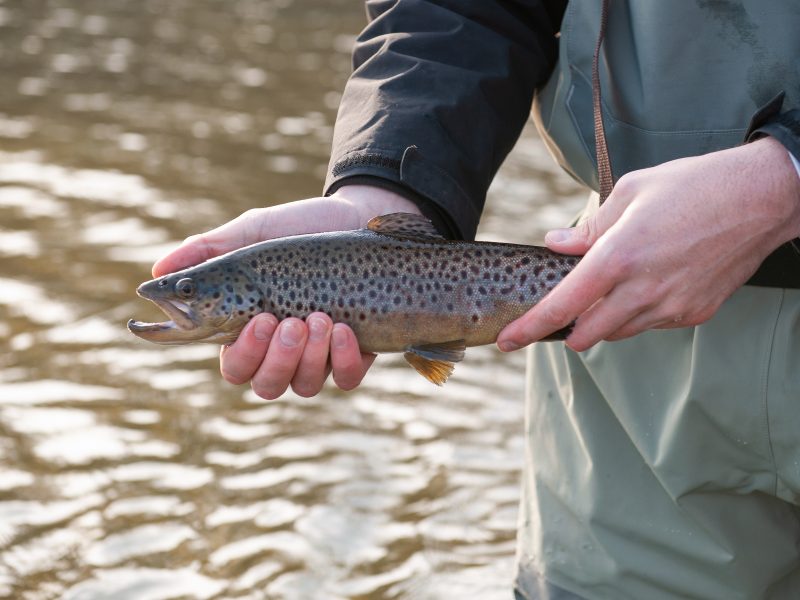 With the spring sunshine warming the waters both on and off Long Island, the fishing is finally heating up. The streams and ponds have been stocked with trout and the ocean temperature is rising, there are plenty of fishing opportunities to jump on.

Paul McCain at River Bay Outfitters in Oceanside reported that the freshwater fishing is hot! The streams and ponds are full of trout and as the water warms the fishing is perking up. There have been some hatches happening, including a black stonefly hatch. For the fly guys out there, it’s about that time.

On the salt water side of things Paul reported that there are high numbers of schoolies in the back bays, he expects them to flood in with the warmer water over the next week.

Over at Chasing Tails Bait and Tackle they were marveling at a 7.5 pound brown trout while we chatted on the phone. While the freshwater bite is great, the saltwater action brought some surprises over the past week. Blue fish! Four to six pound blue fish have been reported from Fire Island. Loads of schoolies in the back bays and also the Commons River. Schoolies are on the North Shore at Port Jefferson and Mt. Sinai and have been biting well also.

The fishing on Long Island has been gradually improving and don’t expect any change. As the water temps continue to go up expect the bite to only get better. Schoolies should continue to swam the back bays and get out and see if you can find those very early season bluefish! If not, the freshwater bite should remain consistent and productive.