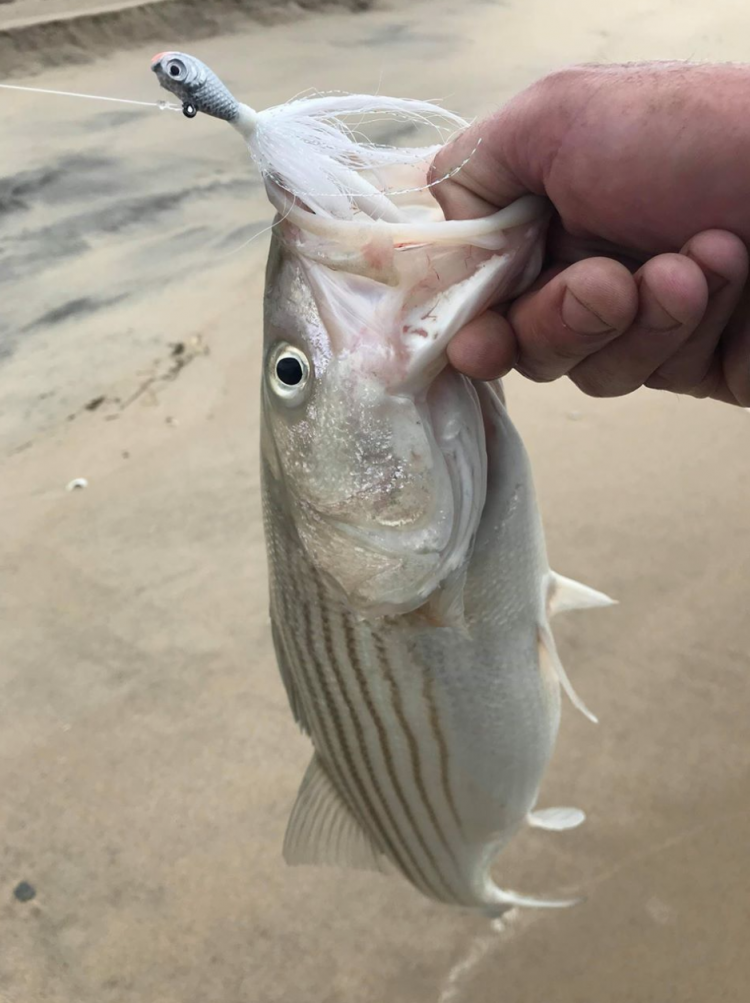 Striper season is upon us! With the first migratory bass being caught on Martha’s Vineyard and confirmed fish being caught on the south side of the Cape and in Buzzards Bay, it is officially go time.

Bruce, over at Canal Bait and Tackle in Sagamore, confirmed there have been a few small fish in upper Buzzards Bay and at the west end of the Cape Cod Canal. It isn’t too early to get out and start targeting the first schoolies of the year. The tautog are also beginning to show up in Buzzards Bay and Vineyard Sound.

John at Eastman’s Sport and Tackle in Falmouth, hadn’t heard of any confirmed striped bass caught, but he recommended checking out West Falmouth Harbor if you’re looking your first striper of the year. A few anglers who have been looking for stripers in Buzzards Bay harbors have reported schools of menhaden (pogies) flipping on the surface, but the only thing feeding on them was ospreys.  The tautog have arrived and Eastman’s is ready! They have had green crabs in stock for the past week. On the freshwater side, John reminds us that the trout and bass bite is a sure thing. The stocking trucks are still rolling and the bass are getting more and more active as they prepare to spawn.

Spoke to Brian at Get Tight Sport Fishing in Buzzards Bay. He hasn’t heard much of stripers yet, but has seen a lot of bird activity on the south side of the cape as well as squid draggers out and about. Unfortunately, all the activity has been outside of casting range. He’s confident schoolies will be arriving any day and be fishable from the surf. Brian starts running charters on May 1st, so make sure to give a call if you want to get out! Brian also mentioned that the holdover striper bite up in the estuaries of Boston Harbor has been on fire.

Down at Larry’s Tackle Shop on Martha’s Vineyard, Peter said they had their first set of schoolies show up on Friday the 19th on the south side of the island. Their holdover bass bite in the ponds has been exceptional, with frequent keepers and some larger fish up to 26 pounds.

The water is warming and stripers are arriving. Expect the schoolies to arrive in full force over the next week. The tautog bite should start improving as well.

The freshwater bite on the cape is fantastic, if searching for schoolies isn’t your thing right now. The largemouth bass are up in the shallows and should begin spawning very soon. I’ve been seeing more and more largemouth beginning their beds up near the shore. The pickerel have also started moving into very shallow vegetation to warm up in the sun as they too prepare to spawn. I would keep your focus on largemouth and trout. Throwing small jigs and senkos along shore lines has been producing good numbers for largemouth. Target structure and fallen trees for a strong shot at a bass.

Spoons and small spinners continue to produce trout. Peters Pond in Sandwich has been stocked 12 times! There are plenty of trout to be caught. Take a look at the Massachusetts trout stocking report to find out where the action is. No excuses to not be out fishing anymore! Salt or fresh. It’s all happening.