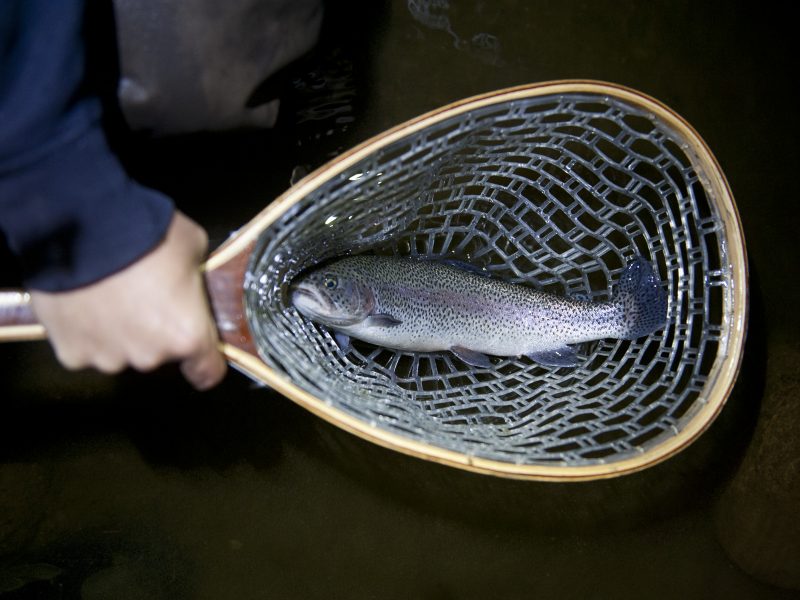 UPDATE 2/7/19: Not much has changed this week, as every shop called reported that angler effort is non-existent, despite the unseasonable warmth

As you might of guessed, many anglers have stayed home due to the brutal cold temperatures. The good news is warmer weather is in the forecast for next week. Anglers suffering from cabin fever have been heading to the shows and starting to get their gear ready. The season is right around the corner though it may not feel like it.

River Bay Outfitters reports, before the big freeze Paul heard of white perch being caught in the local rivers. Also last weekend, he had anglers from the shop head up to Connecticut to fish for trout. They said the action is still decent and anglers are catching fish. River Bay Outfitters is still hosting fly tying classes if you are looking for something to do during these cold days.

Stella Maris Bait and Tackle reports, anglers are still heading down to Jersey and further south to Ocean City Maryland to target blackfish. They have heard of some good reports of some really big blackfish hitting the decks. One of the store employees fished down in the Carolinas this past weekend and got into some bluefin tuna. Locally things have been slow but hopefully with the warmer weather coming people will be able to get back out.

Causeway Bait and Tackle reported, things have been quiet this past week. They are building a lot of rods and fixing many reels. If you are looking to get a new custom rod or a reel ready for the upcoming season make sure to stop by.

The next couple of days will continue to be cold, but come Sunday through next Thursday things look to warm up allowing you anglers to get back or on the water. The white perch and trout seem to continue to be your best bet. While in the tidal creeks don’t be surprised to see some schoolie holdover bass as well. If you have been out fishing, let us know how you have been doing in the comments below. Make sure to keep sending in your fishing photos to be featured in the weekly reports. Hope everyone has a great weekend and enjoys the Super Bowl on Sunday.