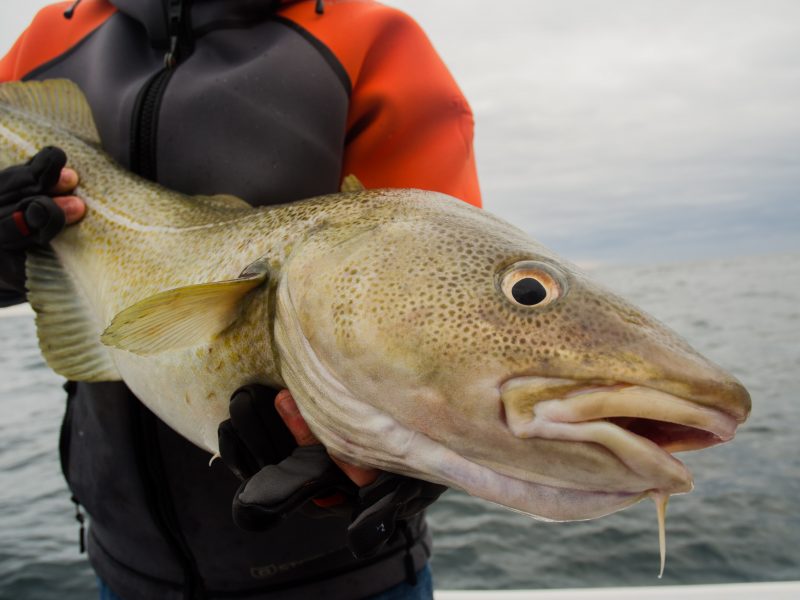 2016 was only a few hours old when Captain Willy Hatch and the Machaca pulled up to the dock in Falmouth Harbor and our six-pack of fishermen got on board. We were destined for Coxes Ledge, the popular sharking and groundfishing spot located roughly halfway between Cape Cod and Block Island.

A stiff west wind had churned up Vineyard Sound, and as the Machaca rounded Gay Head, the seas worsened, but Willy had faith in his sturdy 36 BHM, and powered through the chop. As the lights from the Vineyard faded off our stern, the seas settled and a little after first light, we were dropping our first lines of the New Year.

The fishing was as good as it gets. Market cod and foot-long bergalls attacked clam baits as soon as they hit bottom. I stuck with a jig for most of the trip, and barely had a drop where a cod didn’t latch onto the teaser or jig within three sweeps of the rod. By 10:30, everyone on board had caught their limit, or was a fish or two shy of doing so, and we caught and released fish for a couple more drifts before heading home with the wind at our back.

Don’t wait until spring to wet a line this year, there’s plenty of fish to catch right through the winter months, and based on last Friday, the 2016 fishing season is off to a heck of a good start. 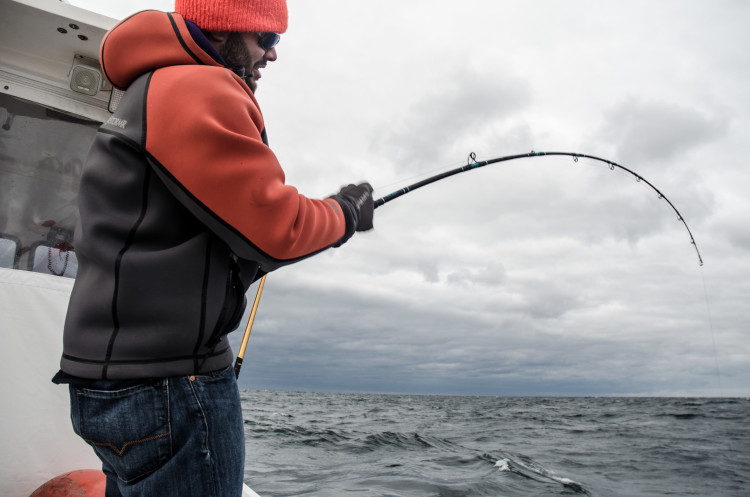