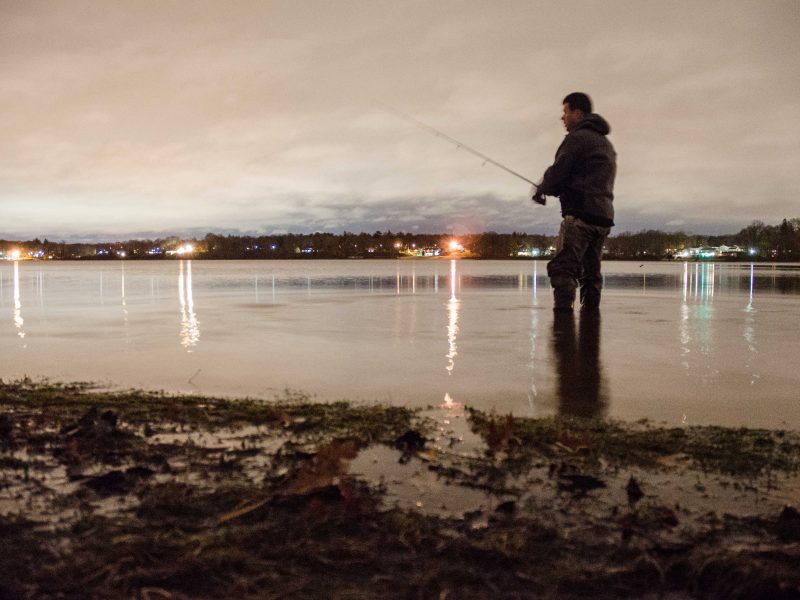 After two fishless outings in the Long Island surf over the Thanksgiving weekend, I shifted gears on my last night at my in-laws’ house, and right before sundown on Saturday, I headed for Lake Ronkonkoma.

Ronkonkoma is the largest body of freshwater on Long Island, and is one of two lakes that is stocked with walleye (the other being Fort Pond in Montauk). While the walleye in these lakes hold in deep water, out of range of wading anglers during the daytime, at night, they move into shallow water, hunting white perch and other baitfish.

I arrived at the lake and began walking the shoreline and casting. During the first hour, my yellow Mr. Twister rigged on an 1/8-ounce jighead went untouched.

To me, the appeal of walleye fishing is that it can be done from shore, after dark, and feels like a scaled-down version of surfcasting for stripers. Walleye like curly tail grubs and small minnow plugs, and bite best in bad weather. They hit a variety of colors, but again like stripers, walleye have a weakness for yellow.

I was walking past a shallow mud flat when I saw a fish swirl close to the bank. Ronkonkoma is chock full of carp, bass, and other fish more likely to come to the surface than a walleye, so I dismissed it. Then I saw a second swirl, and a third. I switched out my jig for a floating Smithwick and cast into the fading rings of yet another swirl. The hit came within two cranks, and after a short fight, I had a 12-inch walleye on the bank.

For a little over an hour, every third cast brought a strike or a walleye. These large members of the perch family generally live up to their reputation of being lackluster fighters, but because I have a soft spot for any fish that goes bump in the night, there will always be room in my fishing season for walleye. 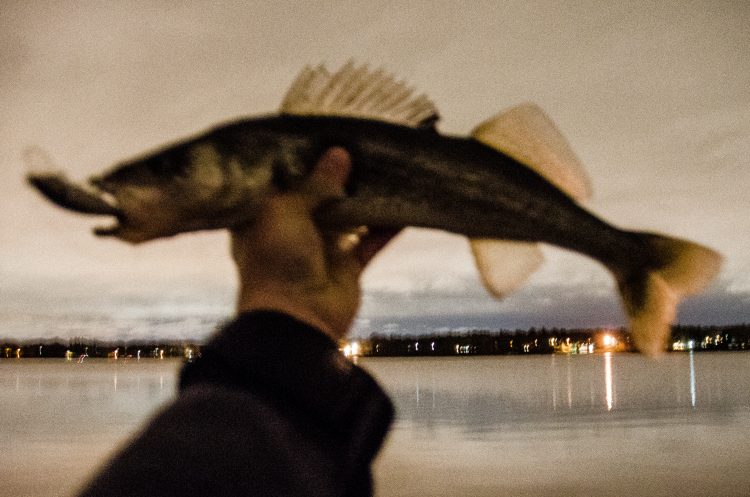