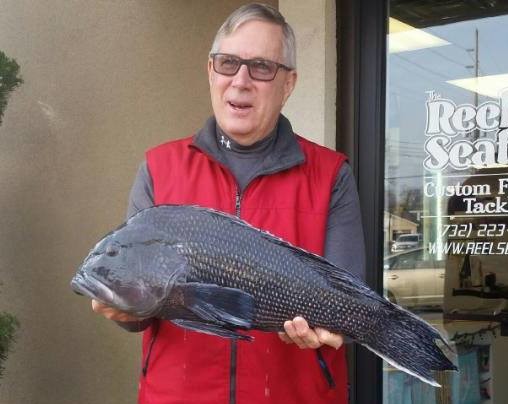 Two monster black sea bass hit the scales over the weekend, one off Long Island, and the other off New Jersey.

One, a 27-incher weighing 8 pounds even, hit the deck of the Brooklyn VI out of Sheepshead Bay. The fish was just a pound shy of the New York State record, caught in 1993.

The monster sea bass caught aboard the Voyager out of Point Pleasant, NJ on Saturday did break a record, however. The official weight, recorded at the Reel Seat in Brielle, was 9 pounds, which made it roughly 12-ounces heavier than the previous New Jersey state record caught off Cape May in 2010. The fish was caught by Steve Singler on bait. 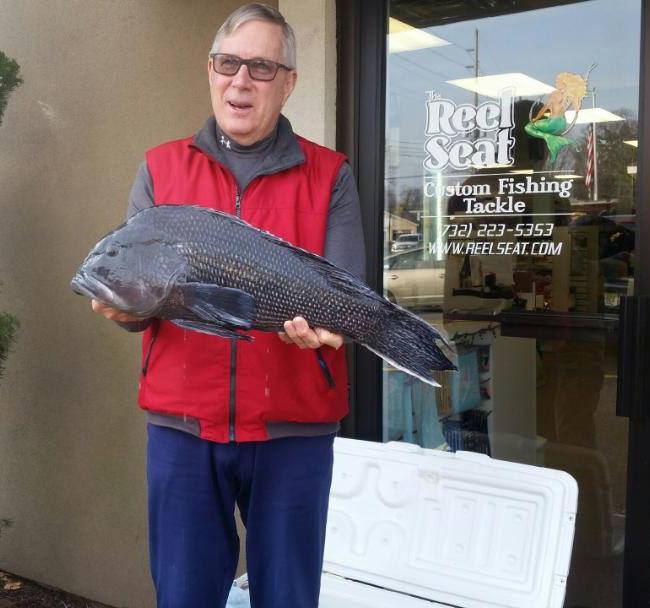 The record sea bass had a huge head, and if the body was a little more filled out, reported Eric Bunz at the The Reel Seat, it might have been close to breaking the world record, which stands at 10-pounds, 4-ounces, and was caught off Virginia in January 2000.

Late fall and early winter are the best time to encounter giant sea bass, as falling water temperatures force them offshore where they concentrate over wrecks in 180-to-220 feet of water. The sea bass seasons in New York and New Jersey close on December 31, so there’s still time to jump on a headboat to try to catch a giant sea bass of your own. The Brooklyn VI has two sea bass trips running this weekend, departing at 10 p.m. on Friday and Saturday Nights. The Voyager is running to the sea bass grounds daily, leaving the night before at 10 p.m.

➤ On The Water Social Media