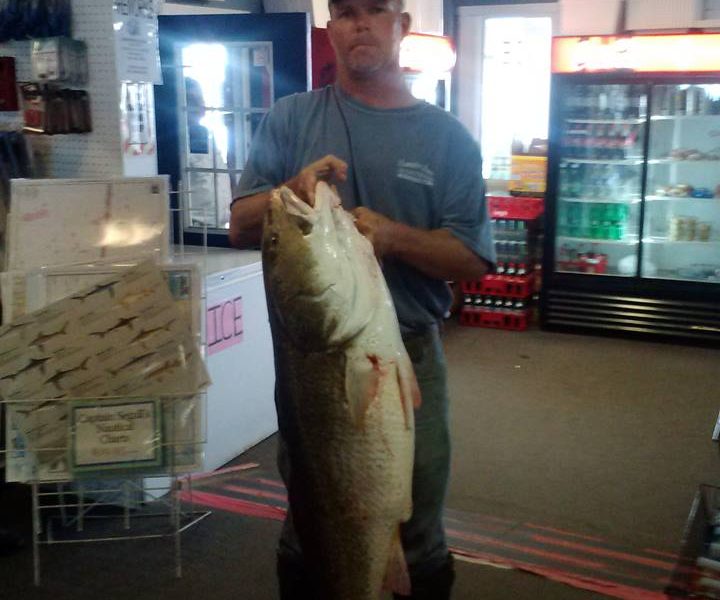 The late May appearance of a big red drum on Cape Cod was a big surprise for Massachusetts angler Chris Cavanaugh, who was fishing for scup with Berkley Gulp at the time.

We didn’t expect to hear about any more red drum this summer, as the catch was highly unusual (though not unheard of) in New England waters. Then on July 5th, Greg Cutillo from Norfolk, MA  hooked a monster 43-pound drum while bucktailing for fluke aboard the Gail Frances party boat.

Another rogue redfish hit the surf on Long Island over the weekend. Bert Ruscitto from White Water Outfitters found a 27-inch redfish on the night of July 4th.

While red drum may have never been more than an occasional visitor to New York and New England, they were once abundant in Southern New Jersey. A century ago, “channel bass” drew well-to-do sportsman from Philadelphia and New York to the waters of Little Egg, Corsons and Hereford inlets in New Jersey. While it’s unknown why red drum stopped frequenting New Jersey waters, in recent years, red drum catches have become a little more common in the Garden State.