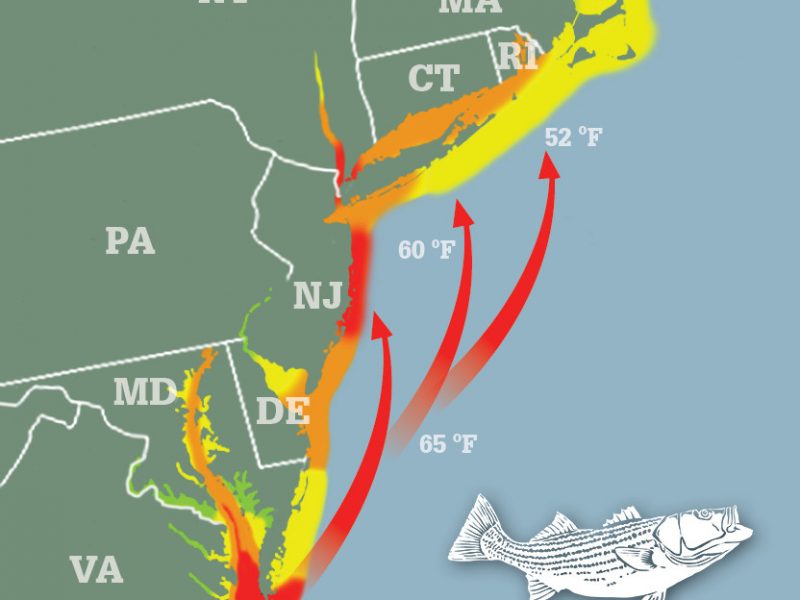 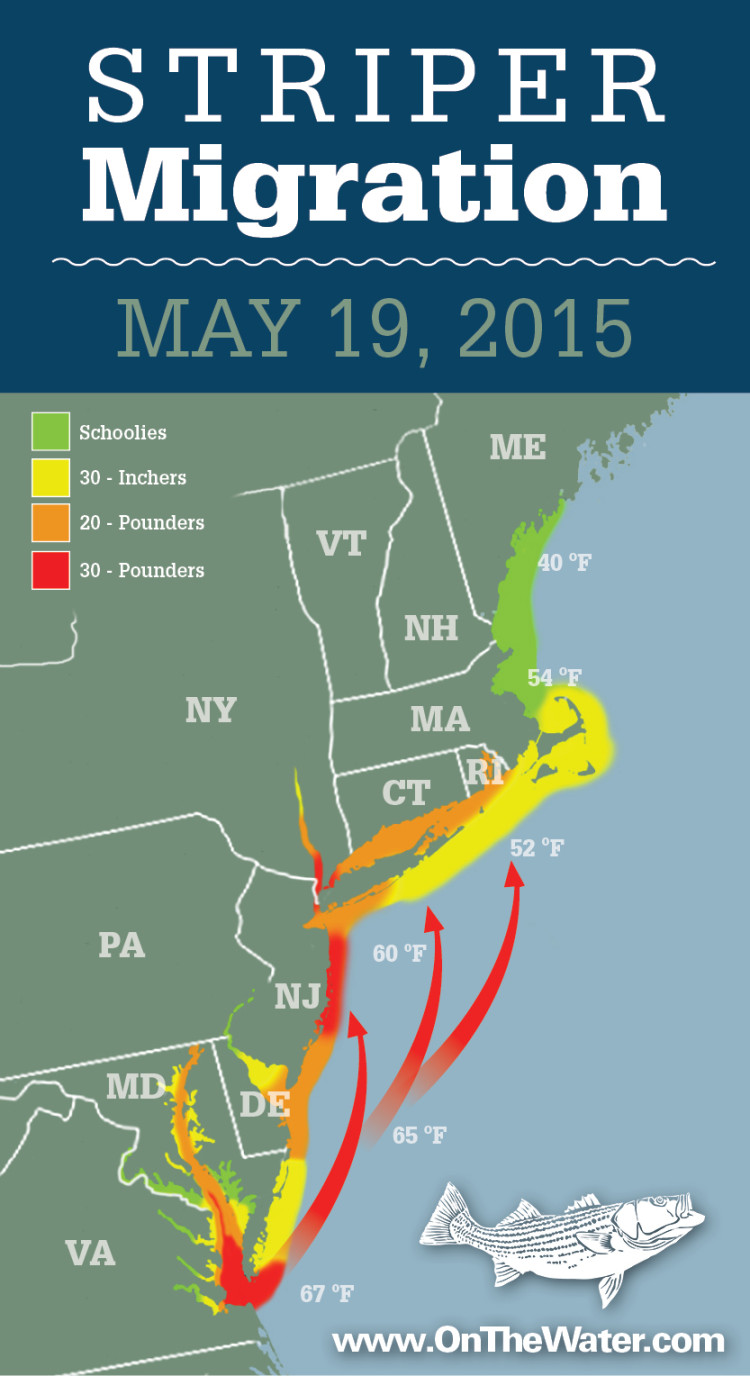 Post-spawn striped bass have left the Susquehanna Flats and are making their way down into the bay. Many post-spawn fish have already left and are heading up the coast toward New Jersey.

The striper spawn in the Delaware River has ended and most of the big bass have left Delaware Bay. (Black drum fishing in the Bay is excellent, however.)

The bluefish invasion is finally starting to wane just as large stripers are making their way up from the Chesapeake. Trolling has been the ticket for larger stripers off Northern New Jersey. In Central New Jersey, stripers between 20 and 30 pounds are occasionally chasing bait into the surf. In Southern New Jersey, schoolies are all over the backwaters while larger fish are being taken on bait from the ocean beaches.

There are still stripers spawning in the Hudson River, but larger fish are once again being taken in Raritan Bay and off the West End of Long Island, including western Long Island Sound. These are likely post-spawn Hudson stripers. Farther east, more keeper-sized fish are being reported, all the way out to Montauk. Bluefish are spreading out along the South Shore of Long Island, but there have been stripers feeding under the blues.

Striped bass fishing remains excellent in the rivers, at the river mouths, and on the beaches of Long Island Sound. More bass over 20 pounds were reported this week.

Big numbers of fresh schoolie striped bass to 30 inches are entertaining anglers on the south-facing Rhode Island shorelines and inside Narragansett Bay. Numbers of fish in the 30-inch range are being reported in the breachways and salt ponds, and a few bass over 20 pounds have been reported in Narragansett Bay.

Fresh schoolies have arrived on the New Hampshire Seacoast and reports are trickling in from Southern Maine!