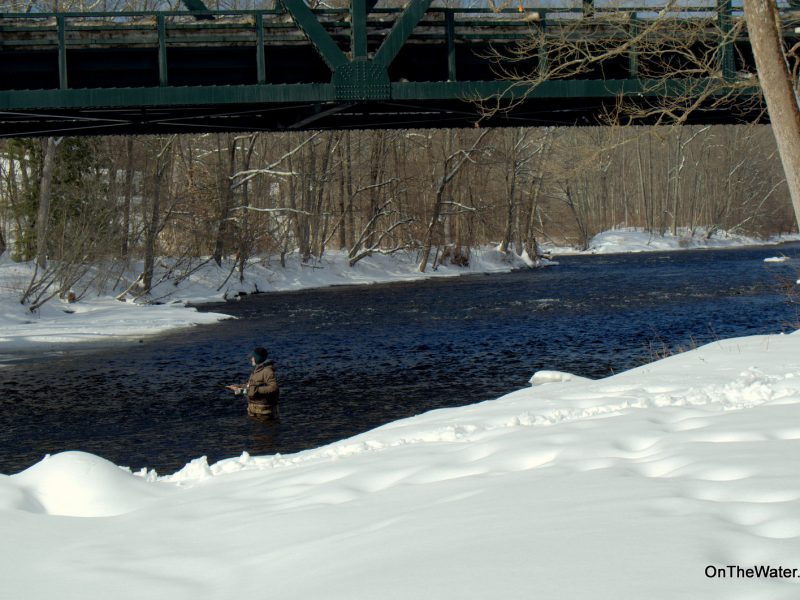 Leaving New Jersey for Massachusetts on Sunday morning, it felt criminal to drive past some of the only open freshwater in New England–so I didn’t. I took exit 27A off I-95 in Connecticut and headed north on Route 8 toward the town of Barkhamstead and the Farmington River.

But first, I needed to stop by UpCountry Sportfishing for my license and the latest “hot” flies—although according to the guys in the shop, the most recent news on productive flies was three or so weeks old, since few fishermen had been out and fewer still had been catching. 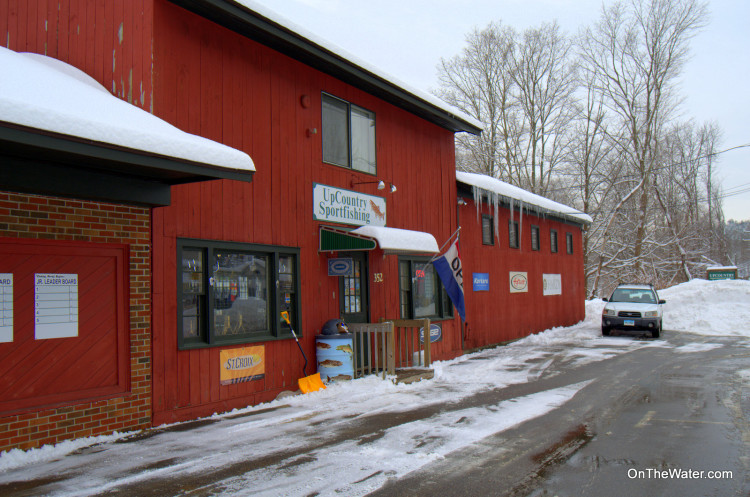 I arrived at the Church Pool, the most popular spot on the Farmington, but found the parking lot full of snow, about 24 inches of it, so I continued up-river. I finally found some riverside parking in Riverton, and trudged my way through the snow to the river. I swung streamers through deep pools, drifted a two-nymph rig just above the bottom, and even tried some dries when I spotted a couple winter caddis coming off. Not to be cliché, but after nearly a month without fishing, even though the catching was poor, the fishing was still good. 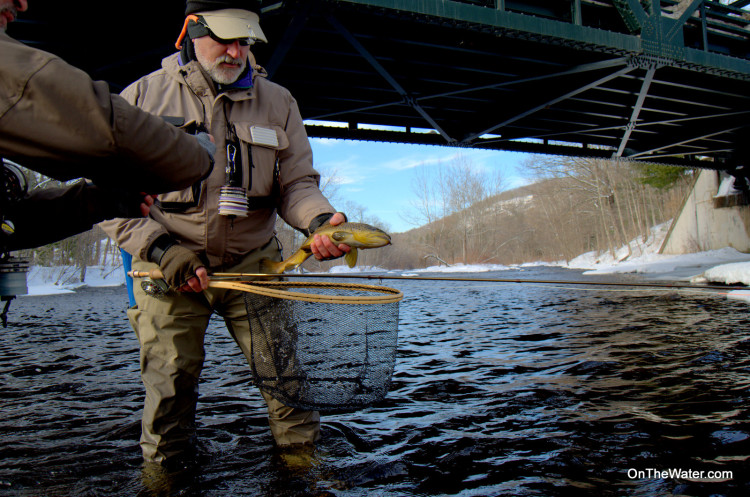 On my way back, I saw the Church Pool parking lot had been plowed and there were already two fishermen working the water below the bridge. I pulled in, strung up the rod again, and gave it another two hours. I caught nothing, but one of the fishermen caught a beautiful brown on a six-legged stonefly nymph. I made do with stonefly nymphs with less legs, fishing them through all the places I thought a trout would hold. As the sun fell to the treeline and I realized I’d told my wife I was leaving two hours before, I headed for the car fishless, but smiling.

I’m currently reading a book on Atlantic salmon fishing, and one of the lines struck me as I left the Farmington Sunday afternoon: “There’s a certain satisfaction in fishing well, whether or not the fish make an appearance.” Just then, I understood what the author meant, but I hope not to make a habit of it. 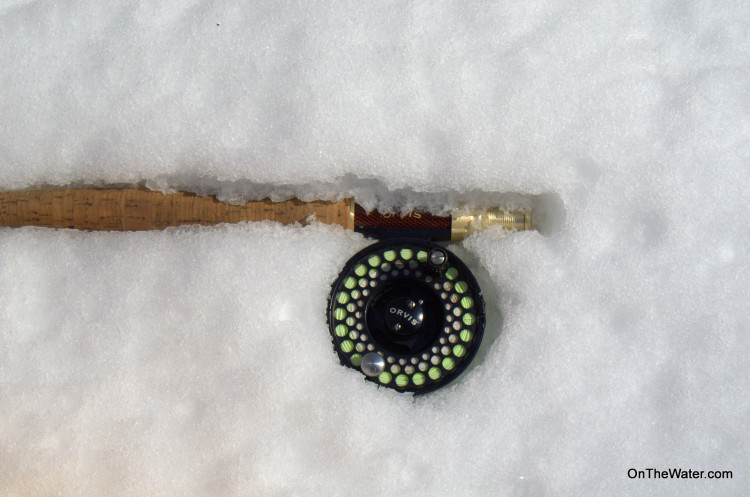