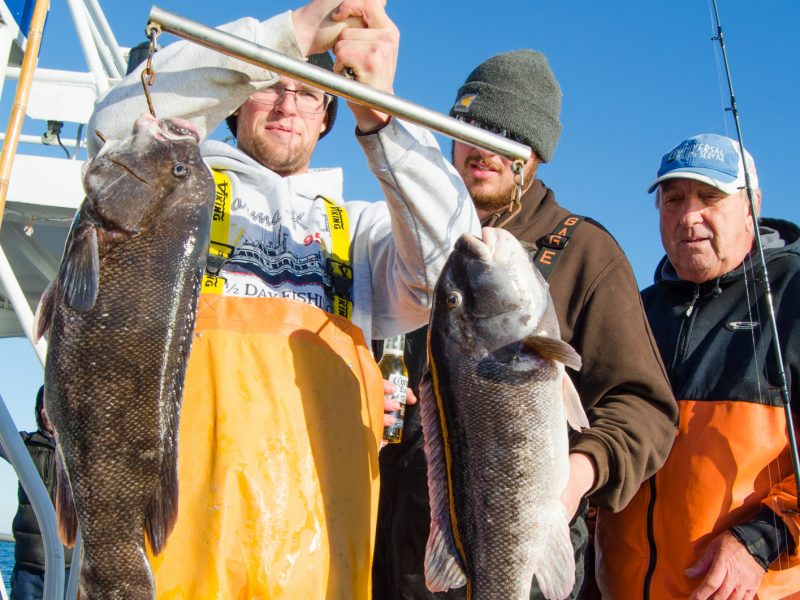 Friday December 26th was one of those tough days of tog fishing that separates the men from the boys. By the third drop of the day, it had become pretty clear which side I’d been separated to. The forecast was perfect for the day after Christmas. Temperatures in the high 40s, light winds, calm seas, all around a beautiful day for winter bottom fishing. When I pulled into the parking lot of the Norma K III in Point Pleasant, NJ, I saw that a lot of people had the same idea. After parking, I bought two dozen white-legger crabs from the mate and selected my spot at the rail.  The popular areas at the bow and stern were already full, so I picked a spot midway along the starboard side. As the 7:30 departure time approached, I was joined by OTW Sales Rep Rich Dunn. After a short run, the Norma K III anchored up, and Rich and I dropped our rigs to the bottom.

For whatever reason, the bite was off. Whether it was dirty water near the bottom or the recent south winds, the tog just weren’t in a feeding mood. I returned to the dock poor in keeper tog, but rich in new wisdom about party boat blackfishing. After the three bells sounded, I picked the brains of the fishermen who, despite the tough fishing, managed near limits of quality tog.  Here’s what I learned.

Keep the Rig Simple and the Bait Small

Eric Bunz of the Reel Seat in Brielle returned to the dock one-fish shy of the six-fish limit. The key, he said, was fishing small, whole white leggers. For most of the trip, Rich and I had used larger baits. I’d started out fishing large baits on a two-hook “snafu rig,” with few bites. Eric’s rig had one small hook that dangled just below the weight.

While I struggled to get bites, a fisherman just a few feet away from me caught four keepers, including two in the 7- to 9-pound range. He was taking advantage of his position on the corner of the stern to cover water that no other anglers were hitting. In doing so, he was putting his bait in front of more tog than the fishermen who, like me, were dropping their rigs straight down. The ability to cast around and cover water is the reason the bow and stern are such coveted spots on party boat tog trips. Fishermen there can easily pitch their rigs to parts of the structure where they have little competition from other anglers.

I’d never considered that a tautog 50 feet down could be spooky until an angler in the bow told me that the toughest part of a crowded party boat trip is the less-experienced fishermen who constantly bounce their sinkers in the structure. (Guilty as charged!) The lifting and dropping of sinkers over hard structure, like rubble or rock, can make enough noise to spook fish, especially when there are 40 or more rigs ticking the bottom in a small area. Keeping the rig still makes for a more natural presentation, and it won’t scare off the tog.

Fortunately, the New Jersey tog season still has a few months to go, so I have some time to get out and put those new lessons to good use – and make good on the promise of fish chowder that I made to my family. 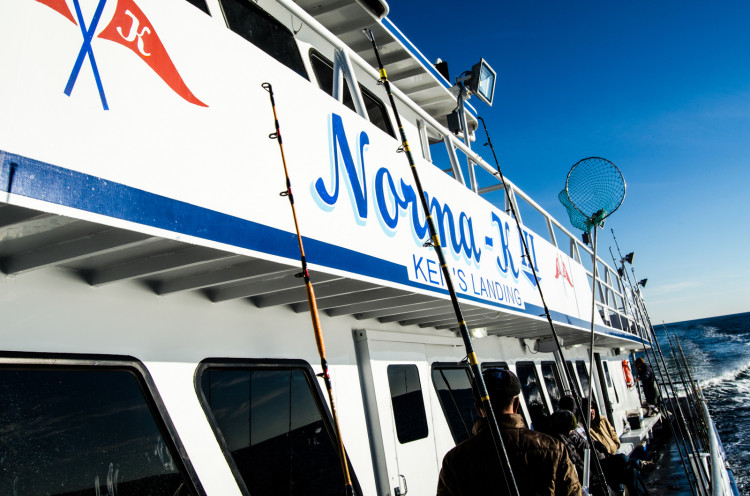