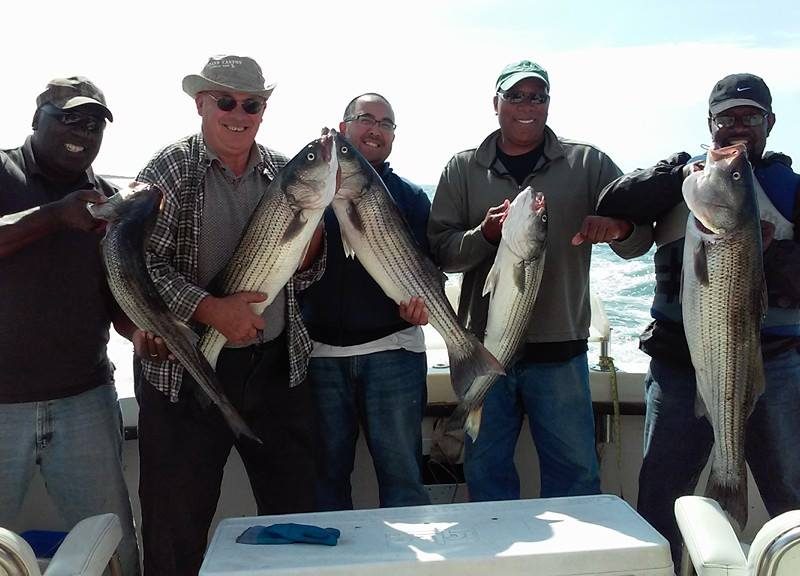 We are now into October and the striper bite is finally starting to pick up on the surf. Some decent bass were reported from Old Lyme at the mouth of the CT river. The DEEP dock and causeway have been producing some good stripers and of course the bluefish are still chomping away on bunker. Other reports for bass came from Bartletts, Long Sand Shoal, New Haven harbor, Norwalk harbor and the lower reaches of the Shetucket river. A great 50lb+ bass was caught in the CT river last night on a bunker head. We have also seen some good bass taken while trolling tubes and large spoons over rocky shorelines and humps.

Bluefish continue to terrorize schools of bunker in most harbors and the mouths of our tidal rivers. The CT river is still the place to be for the most consistent action with chopper blues. Though, reports have come in from all over. Some quality blues have also been taken from Charles Island/Silver Sands Beach, Gulf Beach, The Race, Plum Gut and Pigeon Rip. Live lining bunker and dunking chunks are a sure bet when targeting bluefish. This week scup and seabass are again hot, hot, hot! There are loads of scup to be found on rocky shore lines, breakwaters and most reefs. Limiting out should not be a problem. The same goes for seabass, however those big hump heads are being found a bit deeper on rock piles and wrecks. Haven’t heard much about Bonito but Albies are popping up all over. These speedsters can appear and disappear just like that! Good albie action has been reported from Watch Hill, Black Point, Bartletts and Fishers Island. Epoxy jigs and Deadly Dicks have accounted for quite a few catches. One last thing to note is that anglers are gearing up for the opening of tautog (blackfish) season, which opens tomorrow, October 10th. The season is open briefly during the spring and summer, but fall togging is the best! A killer combo for these delicious fish are green crabs on green jigs. Tautog can be found on rocky shorelines and wrecks as these fish love to hug structure. Get out there and get in on some of the action!

Walleye have been chewing on Squantz, Gardner, Saugatuck reservoir and the CT river. Pike have been marching towards shallower water into coves, backwaters and confluences on river systems. They have been very active and very aggressive. Mr.Toothy has been smashing spinner baits, spoons, rapalas and bait fish, all in size LARGE. Excellent reports came from Zoar, Lillinonah, Bantam, Pachaug river, Housatonic river and the CT river. A few decent trout and salmon were reported from places recently stocked, but nothing too notable. A lot of guys are taking trips to upstate NY for big browns, salmon and steelhead. The carp bite has been insane this past week. Fatty fall time carp have hit the bank on Candlewood, Zoar, Lillinonah, Dooley pond, and coves on the Shetucket and CT rivers. There were a lot of commons, a few mirrors and even a fantail reported. Quite a few fish were well over 20lbs and even a couple that just broke the 30lb mark. Now is the time to get out there and fish. October is one the best months for many species. Don’t miss out on some beautiful weather because before you know it the ice will be here!