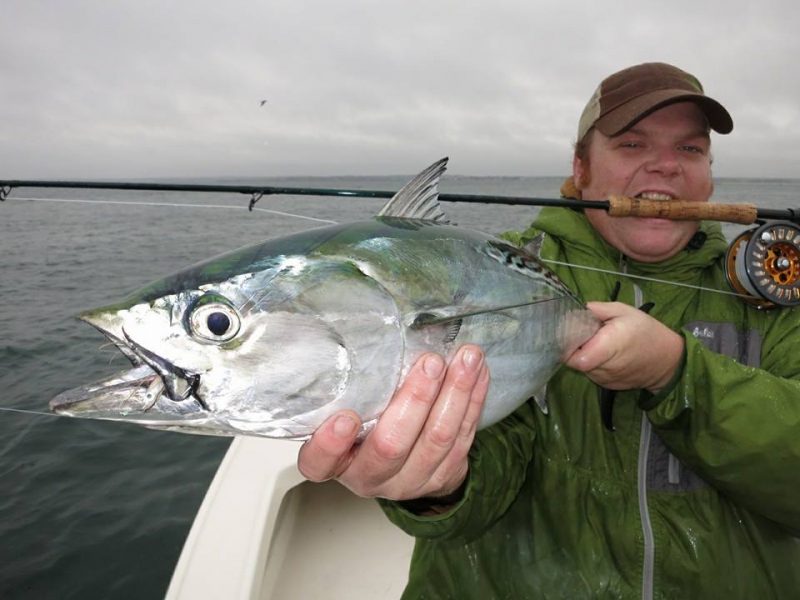 Striped bass reports were a tiny bit better this week, but not by much. A few fish in the 30-34″ range came from the mouth of the mouth of the CT, Shetucket, Norwalk harbor and New Haven harbor. There have been a lot of schoolies caught in the CT as well. Everyone is just waiting for the fall run to blow up. Bluefish are still keeping anglers busy in the mean time. Lots of blues are being caught and some up to 15lbs. Blues can be caught day and night as it seems their presence remains heavy to say the least. Big blues have been reported from Long Sand Shoal, The Race and Plum Gut. Surf fishermen stand a great chance at landing some chopper blues after dark.

Old Saybrook has been on fire lately. A lot of fish are being taken on bunker but a few anglers had success with the top water bite, and who doesn’t love that?! Snapper blue fishing is still going strong in harbors and tidal creeks. Crabbing reports have slowed but it seems some crabbers are still finding a few for the dinner table. The Oyster river, Lieutenant river and north cove on the CT were decent for crabbing. Scup and seabass action is still hot. A lot more and bigger scup were reported than seabass, though. Most reefs and rocky shorelines are loaded with them. However, you may need to get through a lot of shorts to get your meal. False Albacore and Bonito continue to attract anglers from all over the state. They are in CT waters, though Watch Hill seems to be a tad more productive. Some good action was reported from Black point, Bartletts and Watch Hill again this past week.

Shad fishing remains hot in most of the CT River. Finding these tiny tarpon isn’t hard. Looking for mass schools of bait, splashing and shining gives them away. These fish have been filling in coves and tributaries up and down the river, even lining the banks on the main river itself in the evening in some parts. To target shad once you’ve found them, crappie jigs mounted on a 1/16oz jig head or two inch curl tail grubs mounted on a 1/8oz jig head will take ’em. Pearl, white, red and chartreuse have been the top producers, and in some cases working the jig quickly will get you more strikes. Willow leafs and small kastmasters are also producing fish. Though it’s recommended to swap out the stock hooks on small spoons for a larger size or a larger single hook to prevent lost fish during one of many potential acrobatic leaps. They have some almost paper thing mouths and can toss a lure pretty easily. If you can find them, 40 or 50 fish is not uncommon, and they put up one heck of a battle on an ultralight setup.

Bass fishing has been in a funk according to a few anglers. Yet others continue to produce. Good largemouth were reported from Saltonstall, Burr Pond, Candlewood, Lillinonah and Moodus. The smallmouth bite is reported as fair to good. Decent catches were reported from Candlewood, Colebrook and the Housatonic and CT rivers. Catfishing and carp fishing have picked up on the CT river with some chunky fish being landed. The night bite has been the most productive. DEEP continues their fall trout stocking efforts. They’ve also started their fall stockings of Broodstock Atlantic Salmon. A few reports have already come from Mt. Tom and the Naugy. Fall is upon us and those cold water species are becoming more and more active. Walleye have been reported from Squantz and Gardner. Excellent pike action has come from Bantam, Pachaug river/pond, Housatonic and the CT river. The CT river has been producing the most and biggest of all the pike reported this past week. Large spinner baits and spoons have accounted for a few of the catches. Are you interested in pike fishing tactics? Connecticut Outfitters will be holding a FREE pike seminar tonight at 7:00pm. Call ahead to reserve your seat! 1-(860)-571-8986.