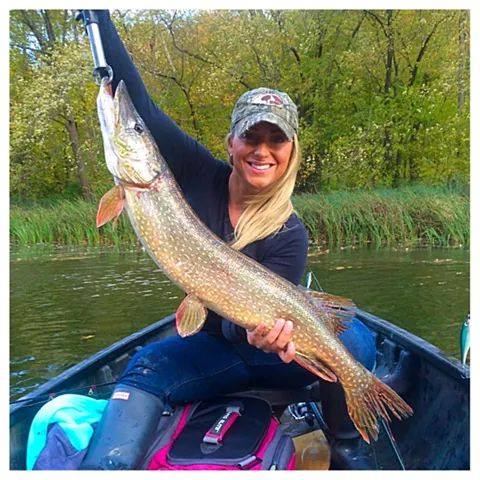 Tautog (Blackfish) season opened up this past weekend and oh boy, the fishing was good! Reports came in from literally all over. Loads of tog were caught and there were plenty of keepers. We had a few reports of some solid 8-10lb fish and even one 16lb tog that was weighed in at Watch Hill Outfitters. Green crabs were the bait of choice by many anglers as they are a favorite snack for Tautog. Tog can be found from both boat and shore, you just need to look for rocky shorelines, wrecks, structure and try not to get snagged.

The bass bite on the surf is picking up with some good fish up to 38″ reported. Anglers are hooking up with stripers more consistently this week and bunker have been the ticket. There are a ton of bunker in the rivers and bass have been taking advantage of that. The CT river is still the most productive for bass and blues. However, the Housatonic and Thames have been seeing some good action too. T.C. Marine Bait & Tackle reported a 40lb+ bass taken on the river in Shelton. Now is the time to get out there and toss some chunks, especially after dark. There are some good pockets of fish out there and schools that come through, but numbers still seem to be down according to a few anglers. Bluefish continue to terrorize bait fish on the surf and in the rivers. Old Lyme and the mouth of the CT is still bluefish central. Those chopper blues are all over there but some solid fish were pulled from the lower Thames too. There is still plenty of action to be had all month long and hopefully we will see more bass in the mix as the weeks go on and water temps drop. Not much is changing for scup and seabass this week. Still hearing the same kind of reports, just not as often. I think the quite a few anglers were lured away by tog fishing. But those who did go our for scup and seabass generally did the same as they have been the past few weeks. Lots of scup around and its pretty easy to limit out. The waters have also been described as “infested” with seabass. However, there are a lot of shorts to get through. Those bigger fish that you want for the table are dwelling a bit deeper. Albie action is still good but Watch Hill is still far better. It has been nuts up there from Weekapaug to the light house. Some albies were reported very close to the surf here in CT and schools were popping up on local reefs. Some decent reports came from Bartletts and Black Point.

Freshwater – Bass fishing is going strong as temps cool down and the action heats up. Good largemouth reports came from Candlewood, Bantam, Zoar, Squantz, CT river and Shenipsit. Now whats even better than the largemouth action is the smallmouth action! These powerful and aggressive fish have been very active as of late. Great reports came from Candlewood, Squantz, Shenipsit, Lillinonah and the CT river. Walleye are doing well on Squantz, Batterson and the Saugatuck Reservoir. Pike fishing is very productive this week with a lot of solid fish coming from the CT river and a few from Bantam, Zoar, Lillinonah and the upper Housatonic.

Carp fishing is still going strong with the best quantity and quality fish coming from the big rivers. Great reports came in from the CT and Shetucket rivers. Panfish action is picking up, most notably the calico bass. Big slabs are being found suspended in anywhere from 5-15 feet of water. However, during low light hours they come into somewhat more shallow waters. They are pushing bait fish in and crushing them! The fishing is only going to get better right up until the ice comes. Try to fish smaller baits up to about 2″. Jigs, mirco soft plastics and even a slow retrieve on a spoon or rapala are working well. If you’re having a hard time finding them, go pickup some small shiners for a chance at some big paper mouths. Trout fishing is excellent right now. The DEEP completed their fall trout stockings last week and anglers have been setting out to find some fish! There has been a bit of stockers reported with a few holdovers in the mix. The upper Housatonic has been great for fall trout fishing. Drop by Housatonic River Outfitters to get the low down on whats producing up that way. Atlantic salmon reports have been slow other than a few from the Naugy, Shetucket and the most productive place lately, Mt. Tom. Kokanee salmon have been taken at West Hill as you can see these fish a bit more shallow with some beautiful males in their spawning colors.