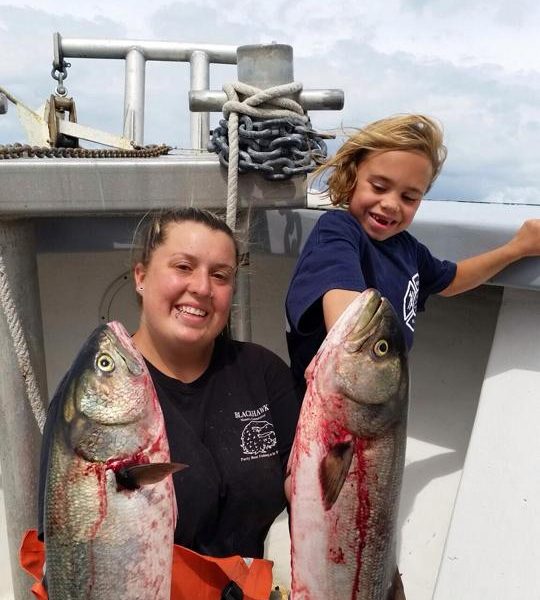 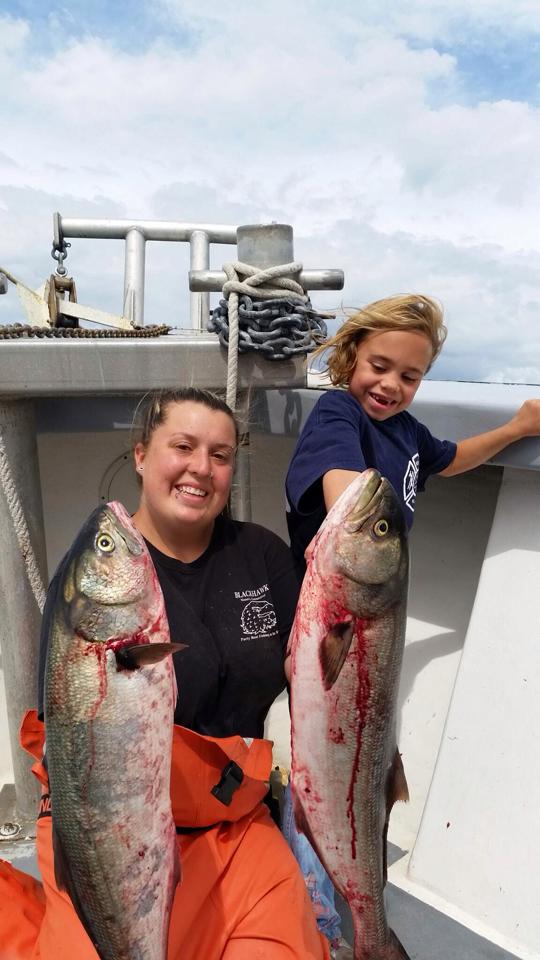 Striper reports have been decent this week with some solid bass being taken from Long Sand Shoal, Bartletts, Stratford Point and the CT river. Surf fishermen are gearing up for what they hope will be a red hot fall run to come. However, a lot of anglers are worried that the numbers just aren’t here and won’t be here this year. Many are concerned that the population is being slaughtered mostly off of Block Island and that we need to speak up for the bass. Groups like 1@32 Pledge are making their voices heard in an attempt to save the stripers and I fully support them. For now, the CT river continues to be a consistent producer of bass and big blues. There is still a ton of bunker hanging in the river, big bass and blues are blitzing and destroying these baitfish. Peanut bunker have also started to show up in some harbors. The bluefish action is getting better by the day too. Many blues in the 10lb range we reported from shore at the mouth of the CT river, Gulf Beach, most harbors and Long Beach Point. Some better fish into the mid teens were reported from Hatchetts, Long Sand Shoal, The Race, Plum Gut, New Haven harbor and lower portions of the CT river. Snagging bunker is the way to go because they’re everywhere and that’s what the bass and blues are focused in on. Whether its live lining them or dunking chunks, you’ll have an excellent shot at some quality fish with bunker at the end of your line. Fred Bednarcyzk took his daughter out on The Blackhawk II this past week. She is pictured here with some big blues next to mate Jodi who helped to make their trip very memorable. Snapper blues are thick in the harbors as well as tidal rivers and creeks. If you somehow have trouble finding bunker, these substitute well as bait for big blues and bass. Crabbing has been a bit slow lately. Coves lower in tidal rivers have been the most productive from what we’ve heard. Some big ones are being found too. There is still plenty of time to get in on some good crabbing. Not too much to be said about fluke at the moment. A few from Long Sand Shoal and the CT river but nothing to write home about. Any serious fluke worth targeting are hanging in 100+ feet of water. The season for fluke will end on 9/21. Scup (Porgy) and seabass fishing is still ridiculously productive. We are seeing some great pictures of porgzillas and big hump heads. Most reefs, wrecks and rocky shore lines are loaded with both fish and if you put in your time you can limit out, maybe even with a few larger fish in the mix.

Largemouth action is doing quite well while smallmouth fishing has slowed a bit, except in rivers where it has actually been more productive. Good largemouth reports have come from Candlewood, Bantam, Batterson, Moodus, Saltonstall and Hatch pond. The smallmouth bite has been tough on most places as these fish transition and the action has slowed up a bit. Candlewood was a top producer of quality bronzebacks, as always. Some good reports also came from Lillinonah, Zoar, Bantam, Housatonic and CT river. 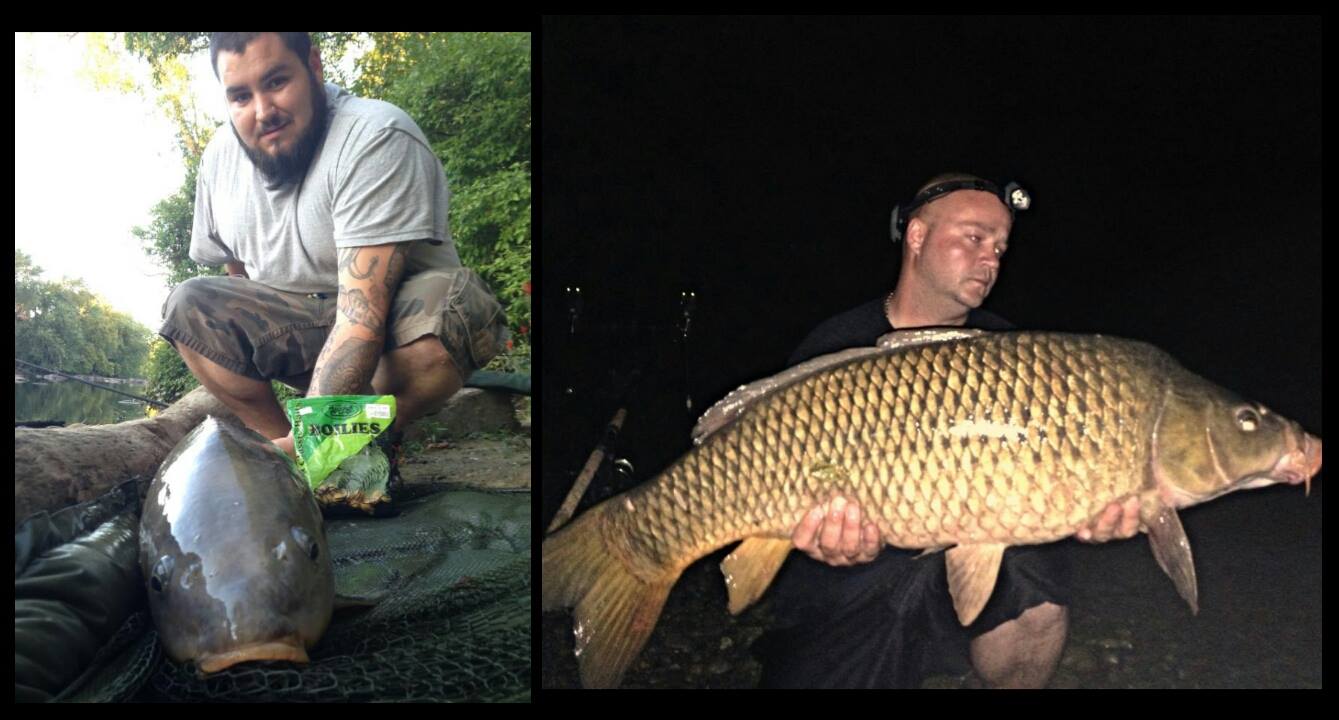 Pike and walleye reports weren’t so strong this week. However, carp fishing reports have absolutely blown up with several trophy carp hitting the bank. Good reports have come from Candlewood, Housatonic river, CT river, Lillinonah, Zoar, Squantz, Shetucket river and many small ponds around the state. Carp fishing is really catching on here with a lot of anglers. Their size and fight have caught the attention of many. Carp are arguably the hardest fighting freshwater fish that we have here in CT. They are also terribly overlooked as a game fish worth the sportsman’s time. Unfortunately, carp are viewed as being “garbage fish” by a lot of people. That is an opinion mostly formed by the uneducated fisherman, though. Pictured is Trevor Berwick and Rafal Cisowski who are field testers for World Classic Baits here in CT. They’ve been putting some pineapple/strawberry and sweetcorn boilies to the test with great success. Many fish in the 20-30lb range have come to net after falling to a WCB boilie. The carp bite should continue to improve as temps drop a bit and Autumn arrives. Prime time for these gentle giants will be soon!