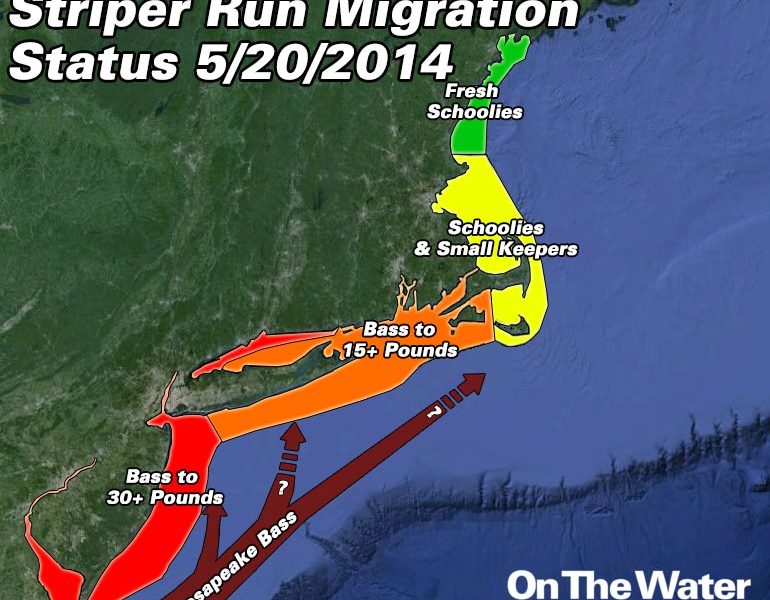 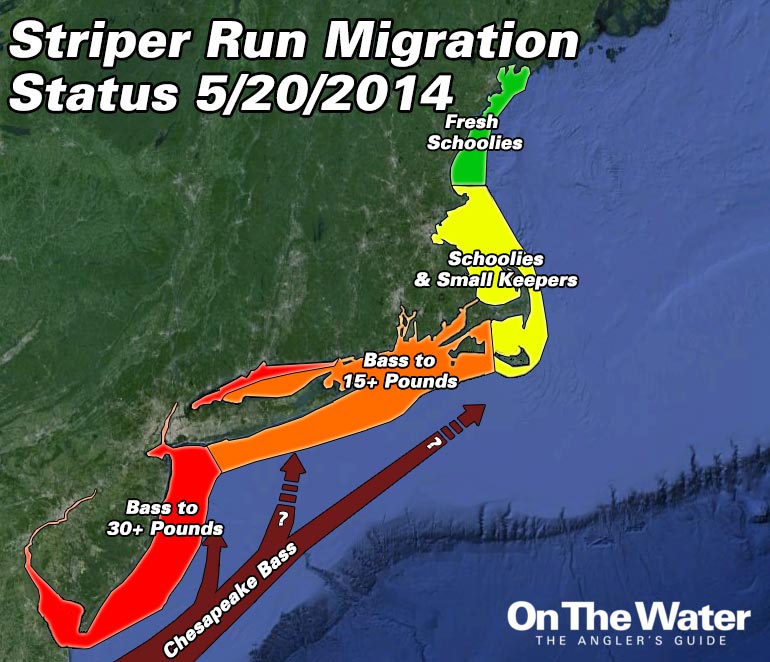 · Big stripers leaving Delaware Bay are being caught by anglers fishing the South Jersey shoreline with clams or bunker.
· Schools of large stripers from the Chesapeake are moving up the New Jersey coast. Fishermen trolling bunker spoons and diving plugs are catching big bass from Great Egg Harbor Inlet to LBI.
· The large bunker schools off Ocean and Monmouth counties are beginning to hold some bass in addition to the bluefish. Stripers up to 35 pounds were taken around the bunker schools this week.
· Raritan Bay continues to produce quality bass for both shore and boat anglers.

· Keeper stripers up to 20 pounds are being caught regularly along the South Shore of Long Island.
· In Montauk, there is a growing number of short stripers, with keepers to 15-plus pounds just starting to mix in.
· On the North Shore, keeper stripers are beginning to mix in with the short stripers, but large fish have yet to make a strong showing in Long Island Sound.

· Bass to 30 pounds are feeding on river herring and shad in the Housatonic and Connecticut rivers.
· Plenty of schoolies and a few keepers to 15 pounds are being caught along the Connecticut and Rhode Island coast.
· Stripers to 15-plus pounds have been reported in Buzzards Bay and the Cape Cod Canal, particularly around herring runs.
· Schoolie stripers and some small keepers are on the south side of the Cape, the backside beaches, Barnstable Harbor and Cape Cod Bay.
· It’s mostly schoolies with the occasional 30-incher from Plymouth to the Merrimack River.
· Fresh schoolies have been reported as far north as Maine.