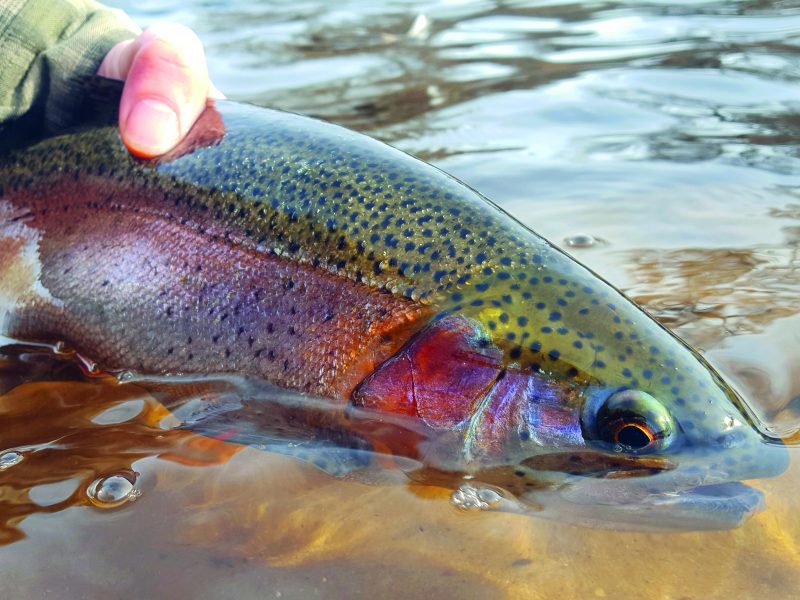 Alexandria, VA – October 19, 2020 – Today, the nation’s leading hunting, fishing, and habitat conservation organizations released a statement on the Thirty by Thirty Initiative to establish a goal of placing 30% of the planet’s lands and waters under protected status by the year 2030.

Given the historic and ongoing role that hunters and anglers have played in land, water, fish, and wildlife conservation in the United States, the Hunting and Fishing Community Statement expresses support for:
• Recognizing the positive role that hunting and fishing play in conservation;
• Protected area definitions that allow for well-managed and sustainable wildlife-dependent activities;
• Consideration of existing protected areas and other management strategies that achieve biodiversity conservation in measuring progress toward stated goals;
• Targeted, science-based conservation measures developed through a stakeholder-driven process to address biodiversity threats; and
• Clearly defined roles and authorities for the entities charged with carrying out the 30 by 30 Initiative proposal.

Coming on the heels of recently released reports identifying global threats to biodiversity, the 30 by 30 Initiative aims to generate support for increasing targets for global land and water protection prior to a meeting of the Conference of Parties to the Convention on Biological Diversity (CBD), currently scheduled for May of 2021. Established in 1993, the CBD is an international treaty with three primary objectives: 1) The conservation of biological diversity; 2) The sustainable use of the components of biological diversity and; 3) The fair and equitable sharing of the benefits arising out of the utilization of genetic resources.

In response to the rollout of the 30 by 30 initiative, this coalition has assembled to ensure the interests and contributions of sportsmen and sportswomen are part of the process. Although the United States is not a party to the treaty, U.S. elected officials at the local, state, and federal levels have announced efforts to establish or express support for the goals of the 30 by 30 Initiative in recent months.

Concurrent with the release of the Community Statement, signatories also announced establishment of a website, HuntFish3030.com, to provide hunters and anglers with information about the 30 by 30 Initiative and a petition providing hunters and anglers the opportunity to make their voice heard as elected officials consider policy proposals related to the Initiative.

“America’s 50 million recreational fishermen not only have a significant economic impact of $125 billion annually, but also contribute substantially to conservation through excise taxes, fishing license purchases and direct donations. Continued access to our nation’s fisheries is critical for maintaining and building our stewardship of these resources. Recreational fishing is entirely compatible with conservation targets like the 30 by 30 Initiative.” – Glenn Hughes, president of the American Sportfishing Association

“In addition to the $3 billion that hunters, anglers, and recreational shooters contributed directly last year alone, sportsmen and women continue to lead on conservation in the United States and around the world. From permanently funding the Land and Water Conservation Fund to leading the charge for non-game Species of Greatest Conservation Need through the Recovering America’s Wildlife Act, we are advocating for policies that support biodiversity. Collectively, we are an asset for fish, wildlife, and habitat and we’ll continue to ensure this remains the case as elected officials consider ambitious goals in the conservation space.” – Jeff Crane, president of the Congressional Sportsmen’s Foundation

“Hunters and anglers are asking for a thoughtful approach to safeguarding our nation’s lands and waters. In order to find common ground and achieve lasting results, complex management issues need to be resolved with input from a diverse set of stakeholders. We want a conservation roadmap that ensures biodiversity so the next generation of sportsmen and sportswomen can enjoy the outdoors.” – Whit Fosburgh, president and CEO of the Theodore Roosevelt Conservation Partnership

“Hunters and anglers whose license dollars, excise taxes and fees support the conservation of our Nation’s fish and wildlife resources and the habitats they depend on have a strong desire to pass on the sporting legacy to future generations. We support policies that protect important terrestrial and aquatic habitats and the diverse array of plants and animals that make up healthy ecosystems. But maintaining responsible access to those lands and waters is vital to ensuring continued appreciation and support among sportsmen and women.” – Gene Gilliland, conservation director for the Bass Anglers Sportsman Society

“As America’s original conservationists, recreational anglers support safeguarding our abundant natural resources for future generations to enjoy. There is a well-established precedent in the United States on the compatibility of recreational fishing in conservation zones, and it is imperative that the 30 by 30 Initiative recognize the nexus between recreational fishing access and conservation.” – Jeff Angers, president of the Center for Sportfishing Policy

“Protection of America’s lands and waters is something that should be important to every sportsperson. As these protections are considered, it is essential that the benefits of active management are recognized for biodiversity. It is also critical that regulated hunting and fishing be allowed to continue where appropriate. Not only is regulated hunting and fishing compatible, but at times essential for managing biodiversity and ensuring sportspersons’ support. Sportsmen and sportswomen have always been champions of conservation for all species and habitats.” – Becky Humphries, CEO, National Wild Turkey Federation

“America’s sportsmen and women play a central role in large scale conservation efforts nationwide. From species management to critical conservation funding derived from license sales and excise taxes, they truly are the original conservationists. Ensuring they continue to have access to public lands and waters and a seat at the table when discussing the future of species biodiversity will allow wildlife populations and conservation efforts to thrive for generations to come.” – W. Laird Hamberlin, CEO of SCI and SCI Foundation