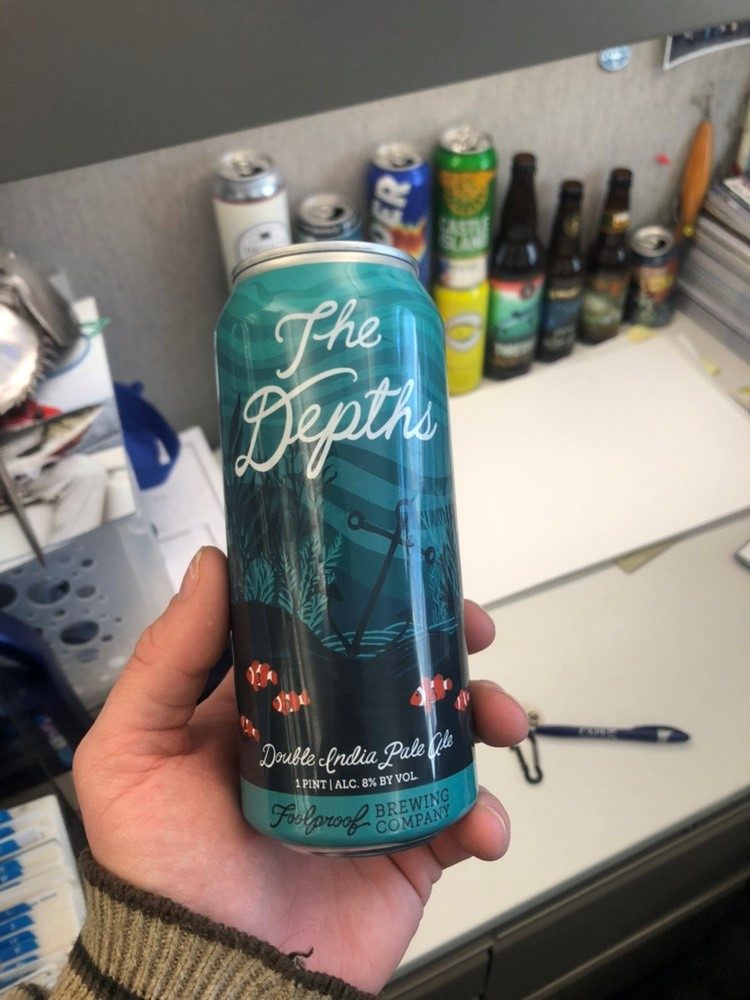 First off, this beer has a great name. It also sports an intriguing deep-sea scene printed on the can. There’s an old anchor, seaweed, and tentacles from a giant octopus. There is also a school of small clownfish swimming in the foreground. I think it would be better if the fish were something cool, like a broadbill swordfish, or even a tilefish, but regardless, this clearly qualifies as a fishy beer, so we reviewed it.

Foolproof Brewing Company was founded in 2013 by Nick Garrison, who started his career as an avid homebrewer. After only a few months of making his own tasty brews, Nick decided to make all the beer for his own wedding. He soon realized that what started as a hobby had quickly spiraled into an obsession. Determined to turn his dream of owning his own brewery into a reality, Nick put together a plan, and Foolproof was born.

This double India pale ale showcases strong aromatics and bold flavors, a result achieved by the inclusion of lupulin powder, which is added in healthy doses throughout the brewing process. It’s also brewed with a healthy amount of grains, which yield a slightly sweet, malty overtone, and kicks up the ABV.

Overall, our panel of judges was impressed with this brew. It wasn’t super-hoppy, and a touch of sweetness balanced it out well. It scored well, ranking amongst the top five in our fishy brew reviews.