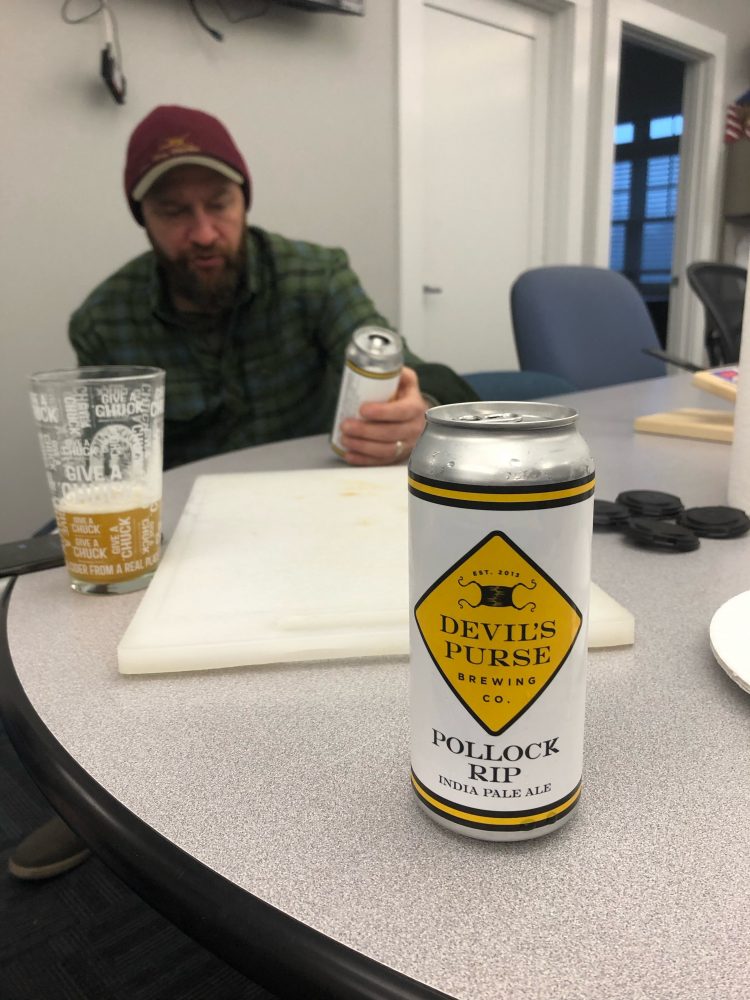 We sampled the Pollock Rip IPA. According to the website, Pollock Rip is “packed with Warrior, Apollo, and Chinook hops. This solid IPA has a dry finish with a perceived sweetness and spicy flavors to balance bitterness with added aromas of pithy citrus fruits.”

I initially thought it was named for the Montauk’s Pollock Rip, a well known fishing destination, but it turns out there’s a Pollock Rip off Monomoy Island for which this beer is named. From the site:

“Pollock Rip Shoal is centered about three miles east of the southerly end of Monomoy Island in Chatham. For mariners this area was considered particularly treacherous, and between 1849 and 1969 eight different light vessels served at this dangerous open water station. This name of this beer honors the stalwart lightship crews that manned their station day and night through all kinds of sea conditions.”

After tasting, OTW Graphic Designer, and lifelong beer lover, Eddy Stahowiak, said, “The beer is as complex as navigating Pollock Rip. In a kayak. With sharks.”

Overall, the On The Water Crew enjoyed Pollock Rip, and gave it a score of 7.34, on a scale of 1-10, when asked to rank the likelihood they would enjoy this beer during or after a fishing trip.