Cushnoc may not immediately seem like a “Fish Beer,” until you learn that in Algonquin, Cushnoc means “head of the tide.”

The head of the tide, that is, the spot in a river where it stops being tidal, is also where smelt tend to gather in early spring to spawn, so when OTW’s Eddy Stahowiak and Andy Nabreski  stopped at the Cushnoc Brewery on their way to a Maine smelt camp in late-January, it seemed like the perfect fish beer for their road trip.

Established in 2017 in Augusta, Maine, Cushnoc Brewing Company has a restaurant and tasting room on the Kennebec River, looking across at Fort Western, America’s oldest surviving wooden fort. The Cushnoc Brewing Co. logo features the fort. 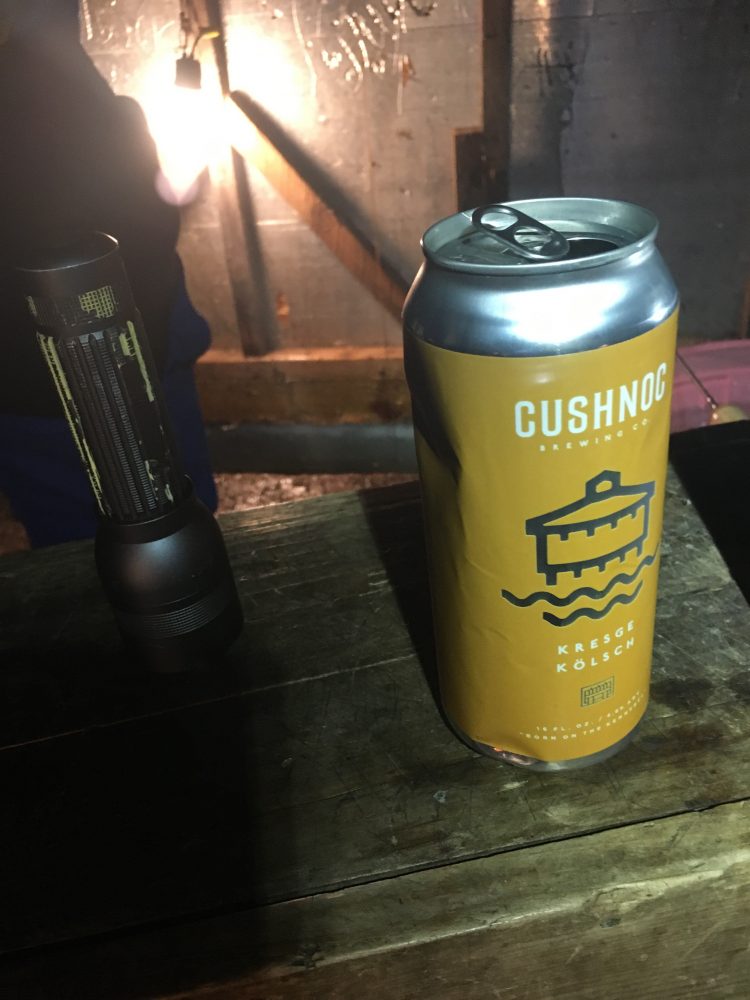 While Andy and Eddy consumed most of their Cushnoc beers in the smelt shack, they brought back a four-pack of the Gigantic Dad Pants IPA for the rest of the OTW Crew to sample. 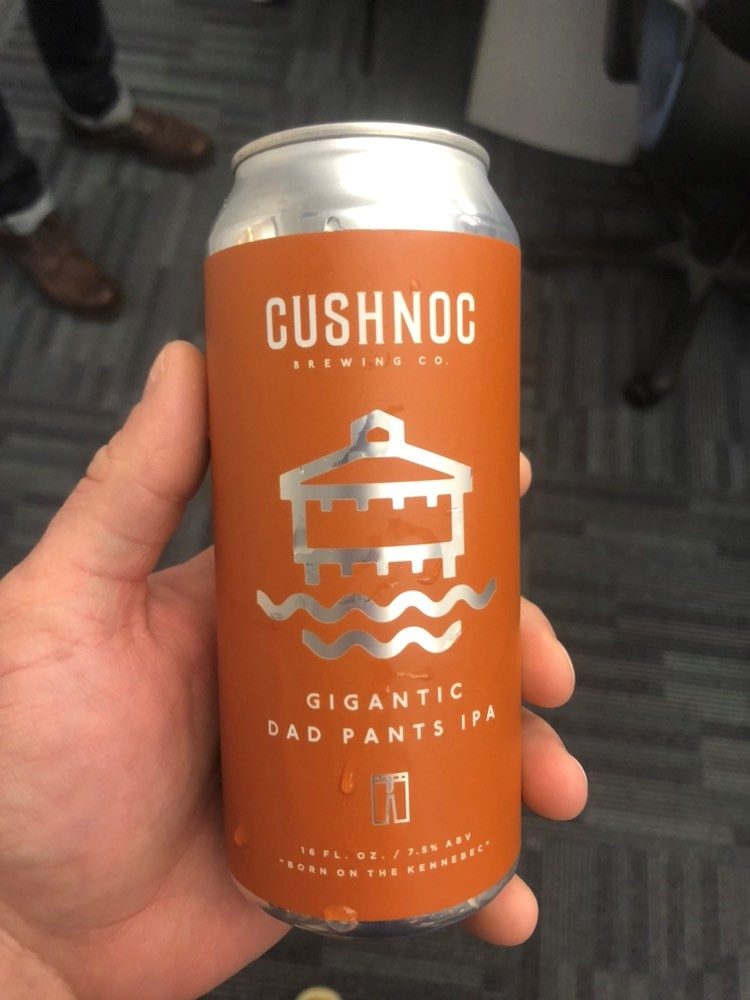 According to the website, Gigantic Dad Pants has “Pungent whirlpool hops and assertive dry hopping lend smooth, low bitterness along with pungent, dank, over ripe citrus aromas. Huge volumes of oats and wheat round out a soft mouthfeel.”

When asked, on a scale of 1 to 10, how likely they  would be to don Gigantic Dad Pants in a Maine Smelt Shack, the OTW rated the beer at  7.56, a number not far off the beer’s ABV, which clocks in at 7.5%. So, if you’re going to be cracking a few while filling up your bucket with smelt, make sure you have someone else to drive you and your catch home.