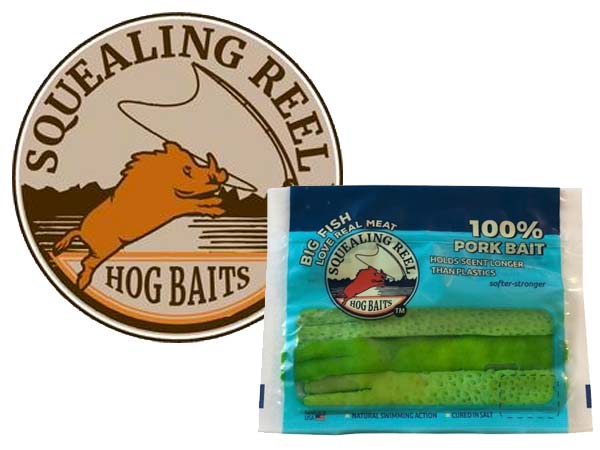 I’ve regularly lamented the end of pork-bait production by the Uncle Josh Bait Company, and based on the company’s reasons for discontinuing the production of pork-based fishing lures, I didn’t dare to dream that another company would pick up the pork rind mantle. But they have, several in fact. Among them is Squealing Reels Baits, a Connecticut-based company that began offering several pork rind trailers in 2018.

They offer many of the classic trailer shapes, and in all the right colors. One difference is that the baits come in a package, like a soft plastic bait, rather than a jar, like the original Uncle Josh. I simply added the baits to my old Uncle Josh jars with the brine as that seemed fine, but leaving the baits in the packs, even after opening them, kept them from drying out as well. 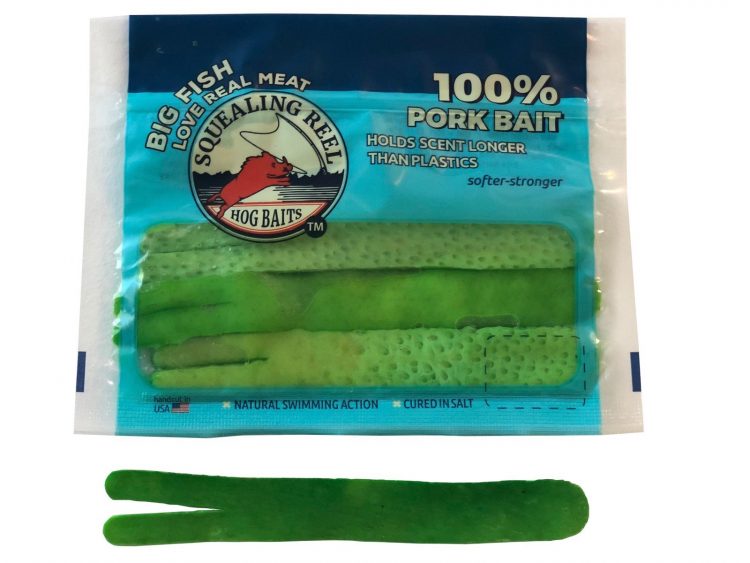 The baits fished just as well as the old Uncle Josh trailers did. One difference is that when putting the trailer onto the jig, as the bait stretches, some of the color may flake off.  It’s understandable, because getting the color to stick was one of the major challenges Uncle Josh faced with their baits. This had no apparent effect on how the baits fished, as they still maintained the majority of their color.

See below for an underwater video showing the different actions of bucktail trailers: