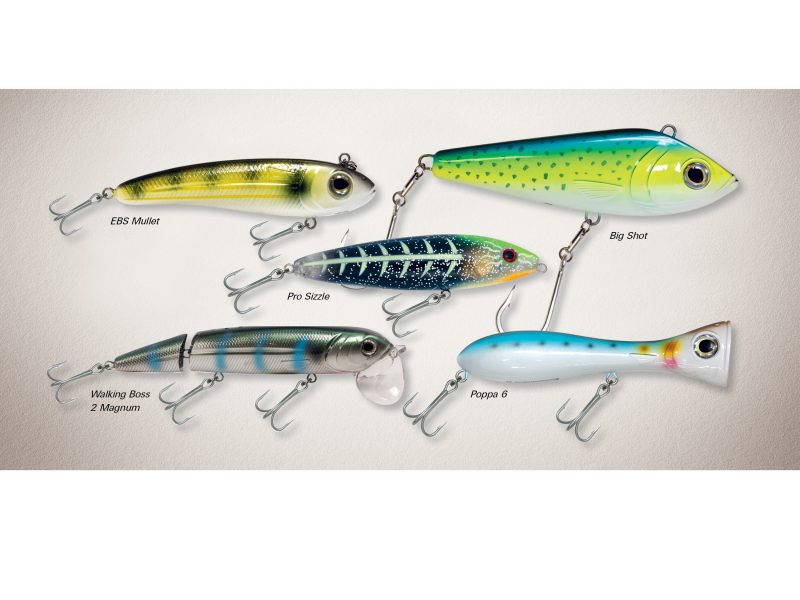 While you might not know it from above the surface, inshore waters are a noisy place. The claws and legs of lobsters and crabs ticking off hard bottoms, the gill plates and swim bladders of fish chirping as they swim. Predatory fish use these sounds to home in on potential meals.

Some lures take advantage of this by adding rattles or knockers, and while these noisemakers certainly get the attention of nearby predators, they aren’t a very close match to the natural sounds made by saltwater baitfish.

Livingston Lures, based in San Antonio, Texas, set out to match these sounds more closely. Instead of using BBs, glass rattles, or knockers, Livingston Lures incorporated a water-activated circuit to create the sound electronically.

Livingston’s “Electric Baitfish Sounds” (EBS) technology mimics the natural noises made by fish. The sound chamber is activated when the bait is submerged. The water closes the circuit between the line tie, hook eyelet and sound-producing circuit board. The sound turns off when the lure is removed from the water and the circuit is broken.

Livingston Lures and its EBS technology have been around since 2004, but the company gained national recognition when bass pro Randy Howell won the 2014 Bassmaster Classic using a medium-diving Livingston crankbait.

EBS technology is available on Livingston’s entire line of lures which, until recently, included freshwater baits. In the past few years, Livingston has been introducing saltwater-specific baits in their new Salt Series.

While much of the series consists of beefed-up versions of their freshwater lures—aimed at southern redfish—several of the lures look perfect for stripers, blues, and tuna.

The Pro Sizzle resembles classic walk-the-dog baits like the Rebel Jumpin’ Minnow, but with the added attraction of the EBS. The EBS Mullet is deadly on southern speckled trout, and would no doubt prove similarly effective on their northern cousin, weakfish. At 8.2 inches long, the Walking Boss 2 Magnum looks like a super-sized jointed Jitterbug. It leaves a large surface disturbance on a straight retrieve that, combined with the EBS, triggers savage strikes from striped bass.

Surfcasters will be interested in the Poppa 6, a 6-inch, 2.2-ounce bottleneck popper with an oversized mouth that throws lots of water. It could easily be taken offshore, as well, and cast at bluefin and yellowfin tuna.

The Big Shot is also at home on the tuna grounds. This high-speed trolling bait is also a good choice for wahoo. The Big Shot’s EBS may prove especially effective at getting the attention of bigeye tuna while trolling after dark.